Dolorita Gutierrez was a daughter of noted potter Pasqualita Tafoya and a niece of Sara Fina Tafoya. She was the sister of Tomacita Tafoya, Celestina Naranjo, Barbara Tafoya and sister-in-law of Petra Gutierrez. She was the mother of Francis Gutierrez. She was known for her painted pottery and use of traditional designs.  She signed her pottery with her first name only. She is not to be confused with Dolorita Tafoya Padilla, a sister of Margaret Tafoya, who made very little pottery, which was mostly unsigned. 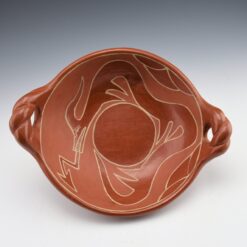 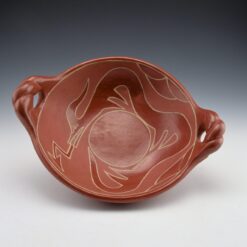