This open polychrome bowl is attributed to Joe Aguilar.  He began his career painting pottery for his mother, Susana Aguilar,  He also made pottery with his wife, Rosalie, through the 1940s.  In the 1950-1960s, he created a fascinating group of polychrome pottery including both plates and vessels.  He was one of the few potters at the time still using traditional techniques and designs for his work. This open bowl is painted in a polychrome style.  The bowl has plant and flower designs.  The use of the thin lines, along with the hatchure areas of “crisscrossed” lines are very indicative of his painting style.   This open is unsigned but easily attributed to Joe Aguilar by the style of painting and colors and is accompanied by a letter of attribution.  It does have a “San Ildefonso Pueblo” sticker and “May 1965” on the back.  It is in very good condition with no cracks, restoration or repair. 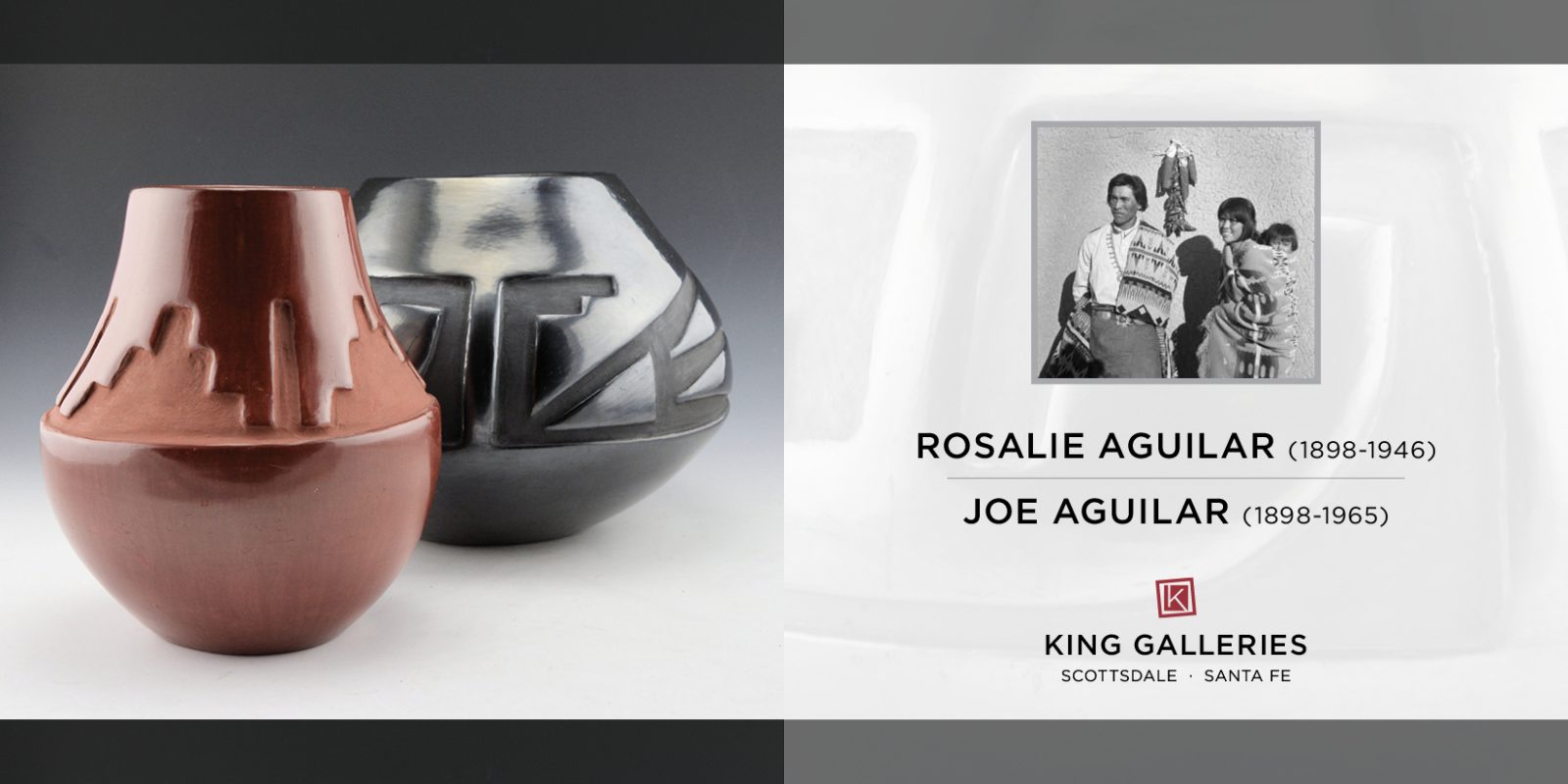 Joe Aguilar married Rosalie Aguilar in 1922. Together they had 11 children. Joe painted most of their pieces of pottery as well as those of his mother, Susana Aguilar. After Rosalie’s death in 1946, Joe continued to make pottery on his own with distinctive shapes and polychrome painted designs.

Joe and his wife were neighbors of noted San Ildefonso matriarch Rose Gonzales, and they learned the fundamentals of traditional pottery making from her.  Joe would carve pots for his wife Rosalie, then sand the edges of the carved areas to create a “cameo” effect.

Joe also painted pottery for his mother, Suzanna Martinez Aguilar.  Kenneth Milton Chapman, the author of  ‘The Pottery of San Ildefonso,’  listed Joe Aguilar as among 15 potters at San Ildefonso who painted pottery before 1940.  Joe’s son, Alfred Aguilar, said that his dad formed pots as well as painted them.  If so, he would have been among the earliest males to do so.