Marla Allison is from Laguna Pueblo in New Mexico. This triptych is entitled, “Water and Seed Carriers”.  It is a series of three paintings acrylic on canvas.  The imagery has two young girls in the first panel.  They are carrying water jars.  The second panel has two adult women carrying water jar on their heads.  The last panel has an older matriarch carrying a water jar on her head and holding a jar.  Marla said the series of paintings were meant to represent the importance of women in Pueblo culture.  The water jars are a metaphor for them carrying both the culture and future generations.  It is an elegant set of paintings and they are also painted onto the sides (I took photos of them at an angle as well). The colors are subtle white, tans, and copper.  All of Marla’s paintings have a “gallery wrap” so the painting continues onto the side so that framing is not necessary. 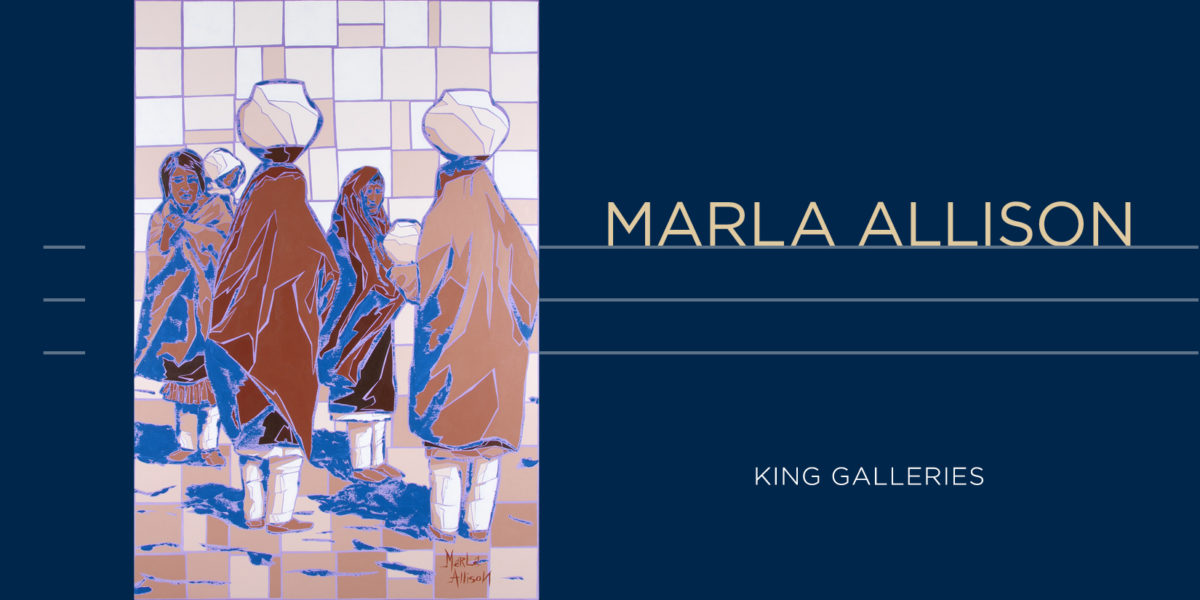 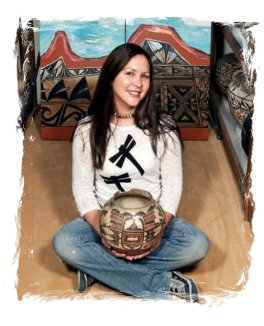