Frederica Antonio calls this shape of a bowl with the inturned rim, and “Infinity Rim”.  This jar is coil built and as she is building it she turns the rim down into the bowl. The result is a striking appearance with the feel of the designs flowing into the piece.  She uses a series of fine vertical and horizontal lines which are then filled in to create larger images in the squares.  This jar has four sections representing the four seasons.  There are corn, stars, snow, and, rain.  The sections are each separated by lightning designs which extend from the rim to near the base.  They are painted with brown, red, and tan colored clay slips. Frederica said that she has to use a different yucca brush for the inturned part of the rim because of the angle of the painting!  The base of the jar is concave, reminiscent of historic Acoma jars that were carried on the head.  This combination of thin walls, classic shape, and tightly painted design creates a piece that is visually stunning!  The jar is signed on the bottom, “F. Antonio”. 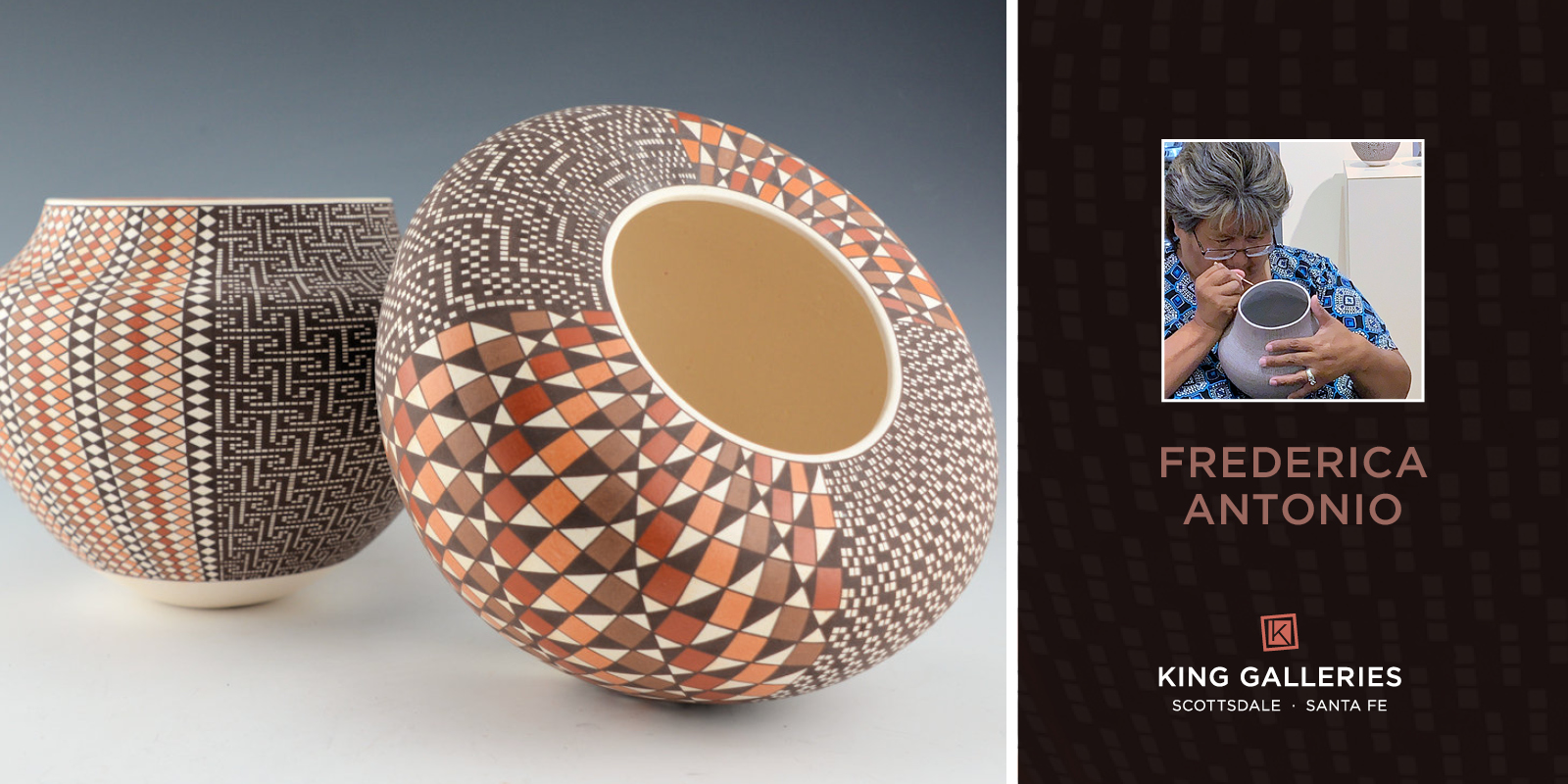 Frederica Antonio is renowned for her intricately painted pottery. She is the daughter of Earl and Florina Vallo.  She is married to Randy Antonio and is a cousin of Melissa Antonio and a daughter-in-law of Mildred Antonio. Each piece is coil built and then finely painted using a yucca brush. The lines are first painted horizontally, then vertically, and then she fills in the squares to create the designs.  Frederica has won numerous awards at Santa Fe Indian Market, the Heard Indian Market, and other events for her distinctive pottery.  You can also find her pieces in museums nationwide.