Mary Ester Archuleta is the second youngest daughter of noted potter Margaret Tafoya.  This water jar has a round body and an elongated neck.  It is fully polished red and carved around the body with 18 feathers.  The carved areas are polished tan in contrast to the red of the remainder of the jar.   The tan is the natural color of the clay and always difficult to achieve this coloration.  There is also the traditional cream-colored slip painted into the carved areas.  It is signed on the bottom in the clay, “Mary E. Archuleta.  It is in excellent condition with no chips, cracks, restoration or repair.  The jar has a second-place ribbon from the 1974 Gallup Intertribal Ceremonials.  Mary married into San Juan Pueblo in the late 1960s and created most of her pieces in the San Juan inspired style.  While she no longer makes much pottery, her work is creative and distinctive in style and coloration. 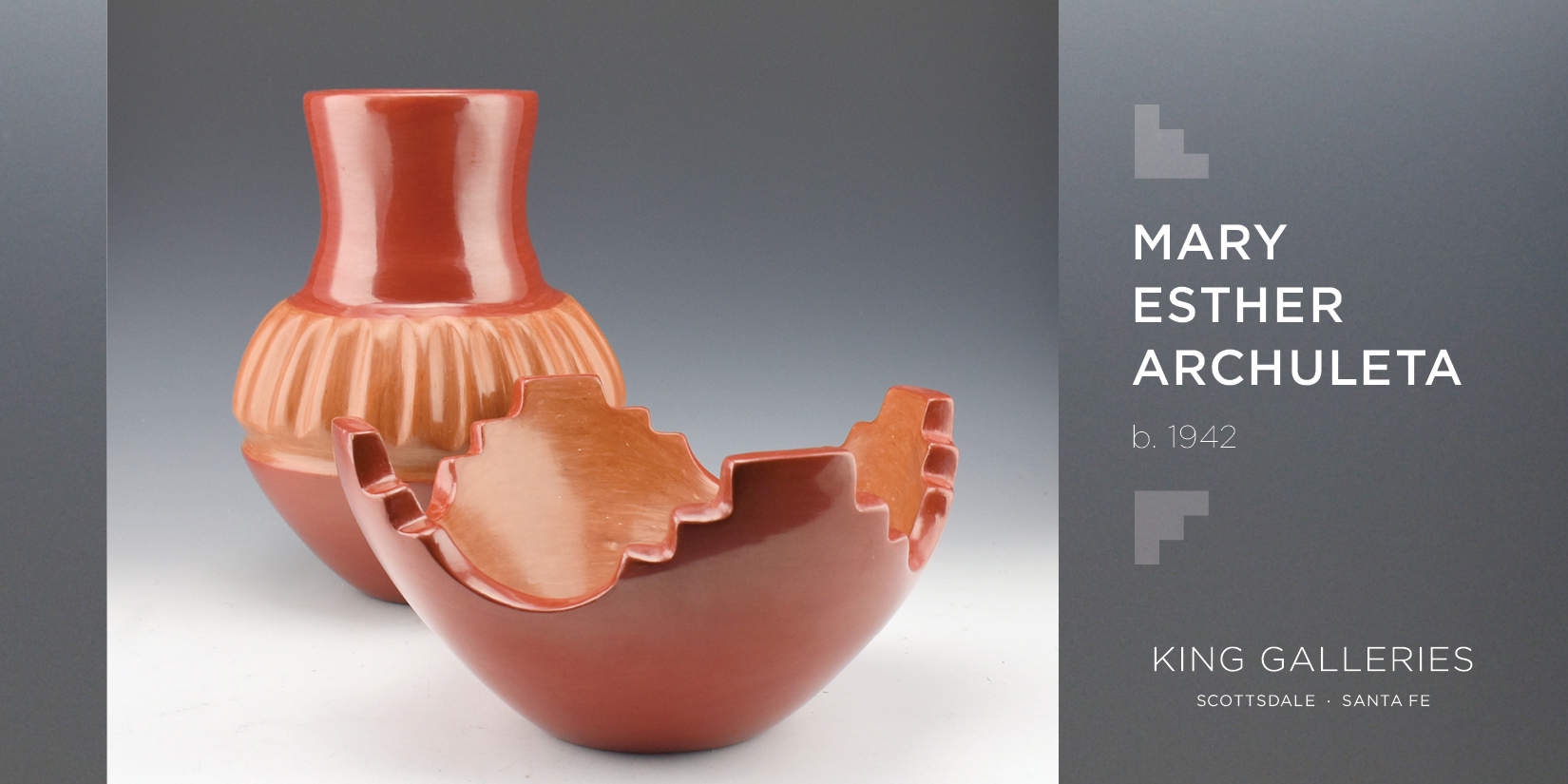