Angela Baca was famous for her carved melon bowls.  This bowl is very deeply carved and each rib is stone polished.  On this bowl, the space between the ribs is matte so it contrasts with the polished surface.  The bowl has 16 straight ribs, extending from the rim to the base.  It is signed on the bottom in the clay, “Angela Baca” and it is in excellent condition with no chips, cracks, restoration, or repair. 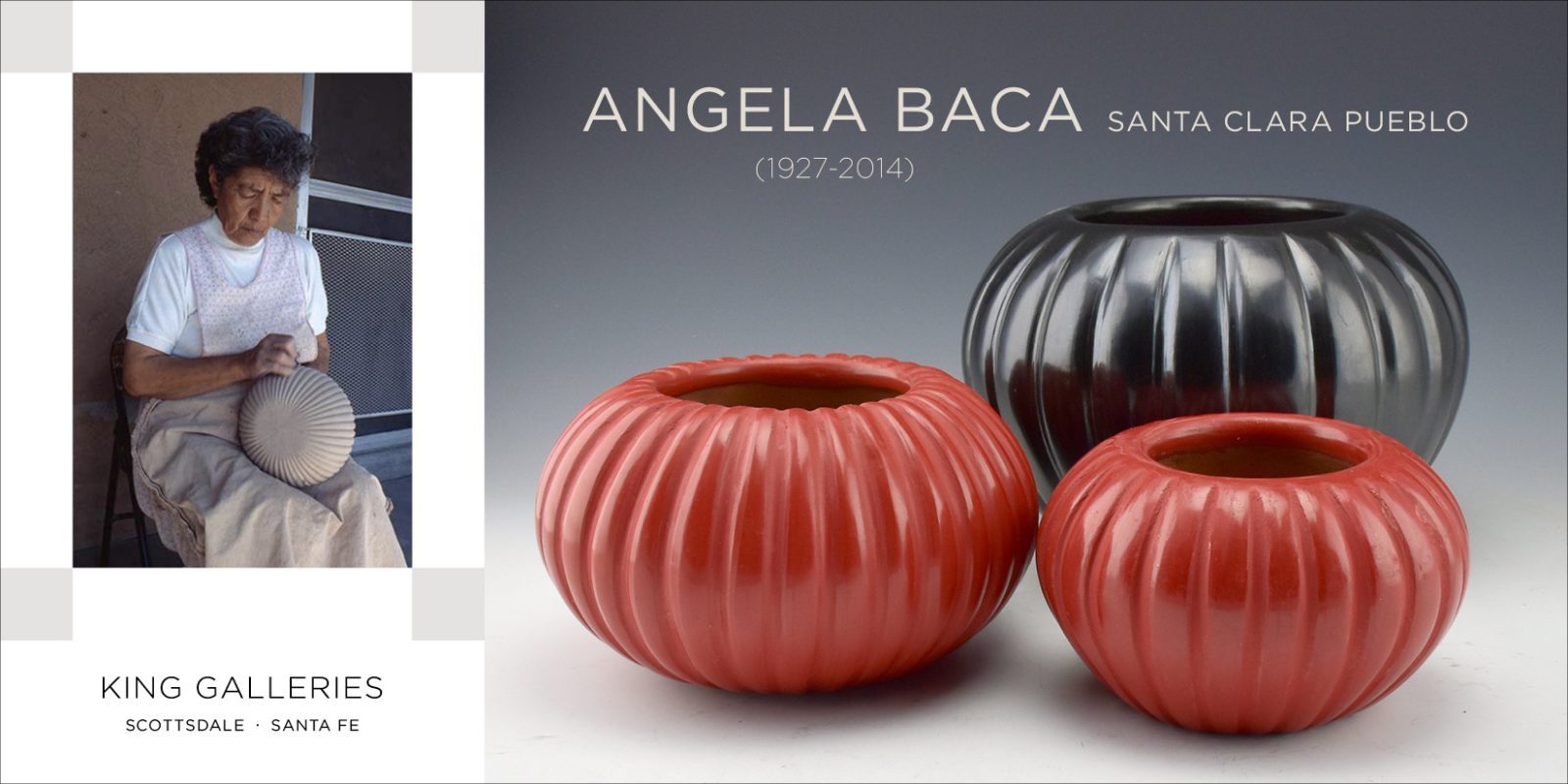 Angela Baca is a daughter of noted potter Severa Tafoya and the mother of a family of excellent potters including David, Leona and Alvin Baca. She is a sister of Lydia Tafoya and an aunt of Paul Speckled Rock, Ray Tafoya, Tina Garcia, Greg Garcia and Robert Cleto Nichols. Over the course of her career she has made the carved melon bowl a signature form for her work.