This is a tightly carved jar by Linda Cain.  Linda is a daughter of Mary Cain and the mother of Tammy Garcia and Autumn Borts.  This jar is deeply carved with an avanyu (water serpent) which encircles the piece.  The avanyu is carved in sections and note how at the base of the carving there is the flow of the river.  The jar is fully polished and the background is matte red. The jar is striking in coloration.  It is signed on the bottom in the clay, “Linda Cain”. 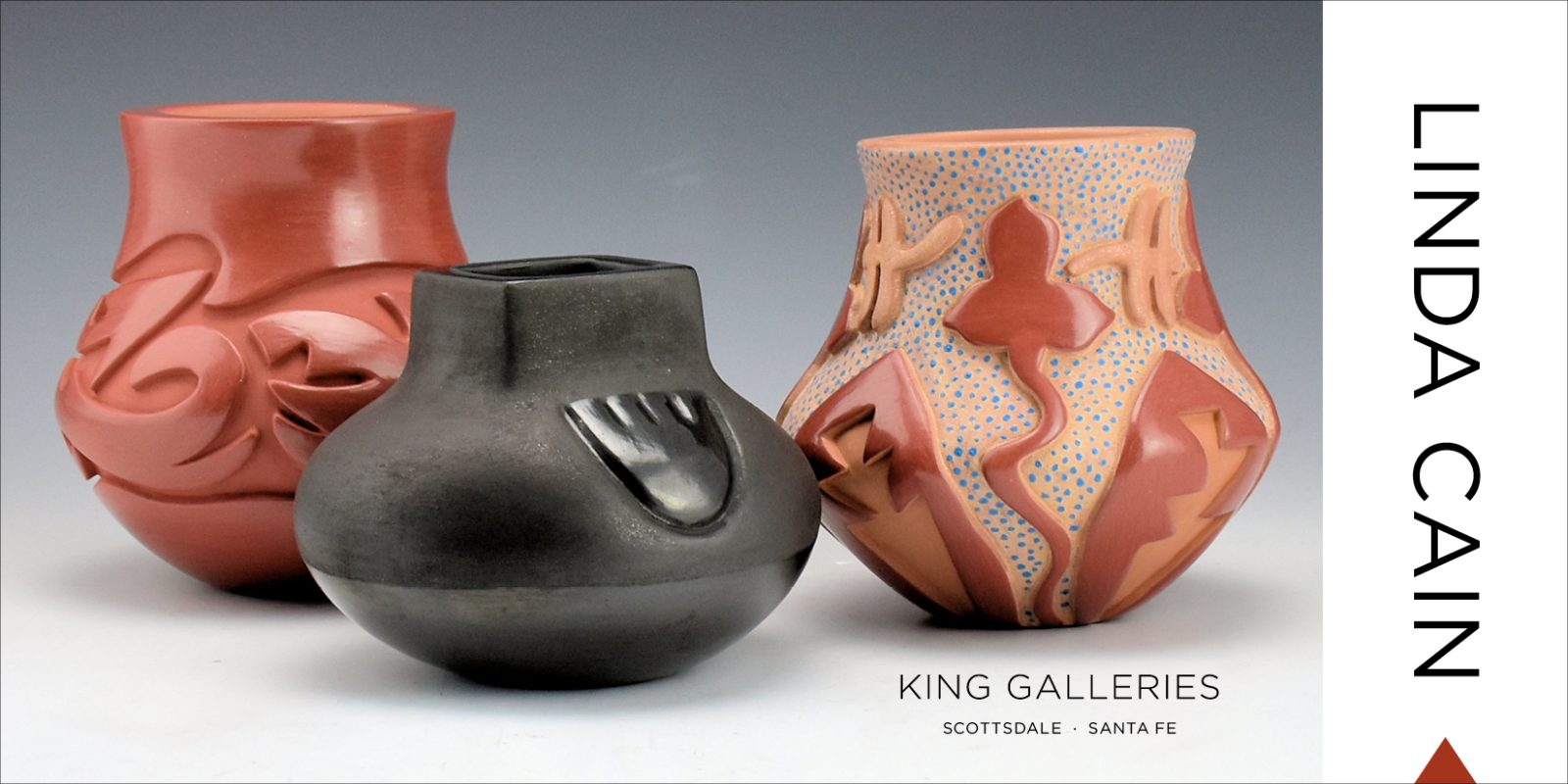 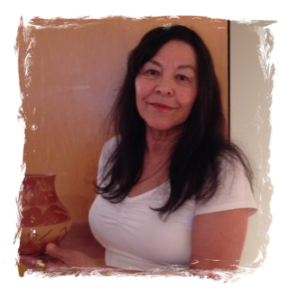 Linda Cain was born in 1949 on the Santa Clara Pueblo, and has been making pottery since 1970. Her Native American Tewa name is “Yellow Corn.” Linda is known for her abstract style pottery which utilizes modern shapes but traditional inspired imagery and design.  She learned to make pottery from her Mother Mary Cain and is a Granddaughter of Christina Naranjo, and Great-Granddaughter of Sara Fina Tafoya. She is also the mother of noted potters Autumn Borts-Medlock and Tammy Garcia. Linda continues to create some stunning and creative pottery, and we always pleased to have her new work in the gallery! She has won numerous awards at Santa Fe Indian Market and Heard Indian Art Fair, and her work can be found in museums throughout the southwest.  She has been featured in numerous publications such as American Indian Art Magazine, and the Eight Northern Indian Pueblos Official Guide.