Dwight Curran is the son of noted potters Dolores Curran and Alvin Curran.  This piece is coil-built and incised with cloud and prayer feather designs. The clouds are slipped with red clay and the prayer feathers are white. The bowl is a classic style for Ohkay Owingeh pottery.  It is signed on the bottom, “Dwight Curran”.  It is in very good condition with no chips, cracks, restoration, or repair. 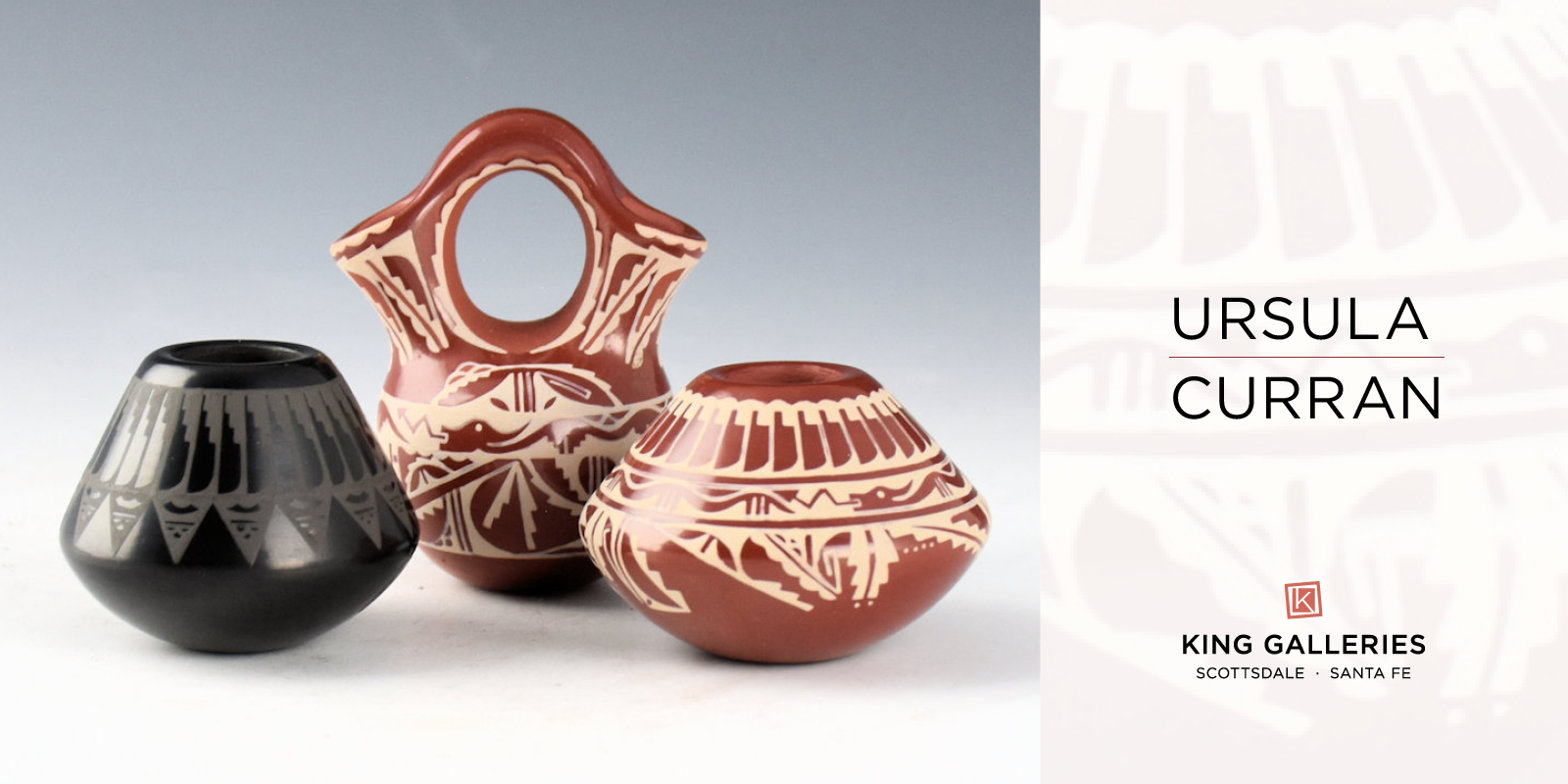 Like her mother and father, Ursula’s fine line painting over polished stone clay gives a wonderful juxtaposition of the patterns, which seem to give the designs a three-dimensional appearance.

Ursula began making pottery at the age of 21.  She learned the art of pottery making from her Mother Dolores, and some instruction from her Father Alvin. She occasionally does work with her brother Dwight.

Ursula has said; “Someday I hope to become a master potter, but I also hope to go back to school to study criminal profiling. I have high hope for my artwork.”  She credits her mother with helping guide her in her art as well as her life.  We are pleased to carry Ursula’s work as a continuation of the wonderful pottery innovations developed by her parents.