Titus Davis is the son of noted potter Darla Davis and a brother-in-law of Eric Lewis.  He creates hand-built pottery that combines classic fine-line designs with a modern approach.  This bow has a round shoulder and sloping sides.  The piece has fine-line rain designs painted across the surface of the piece.  They are interspersed with moon crescents. The moon crescents extend from the rim to near the base.  Each interlock with the next.  The combination of painted lines and the open space give the jar a very modern appearance.  The shape and designs work perfectly together.  It is signed on the bottom, “Titus Davis”. 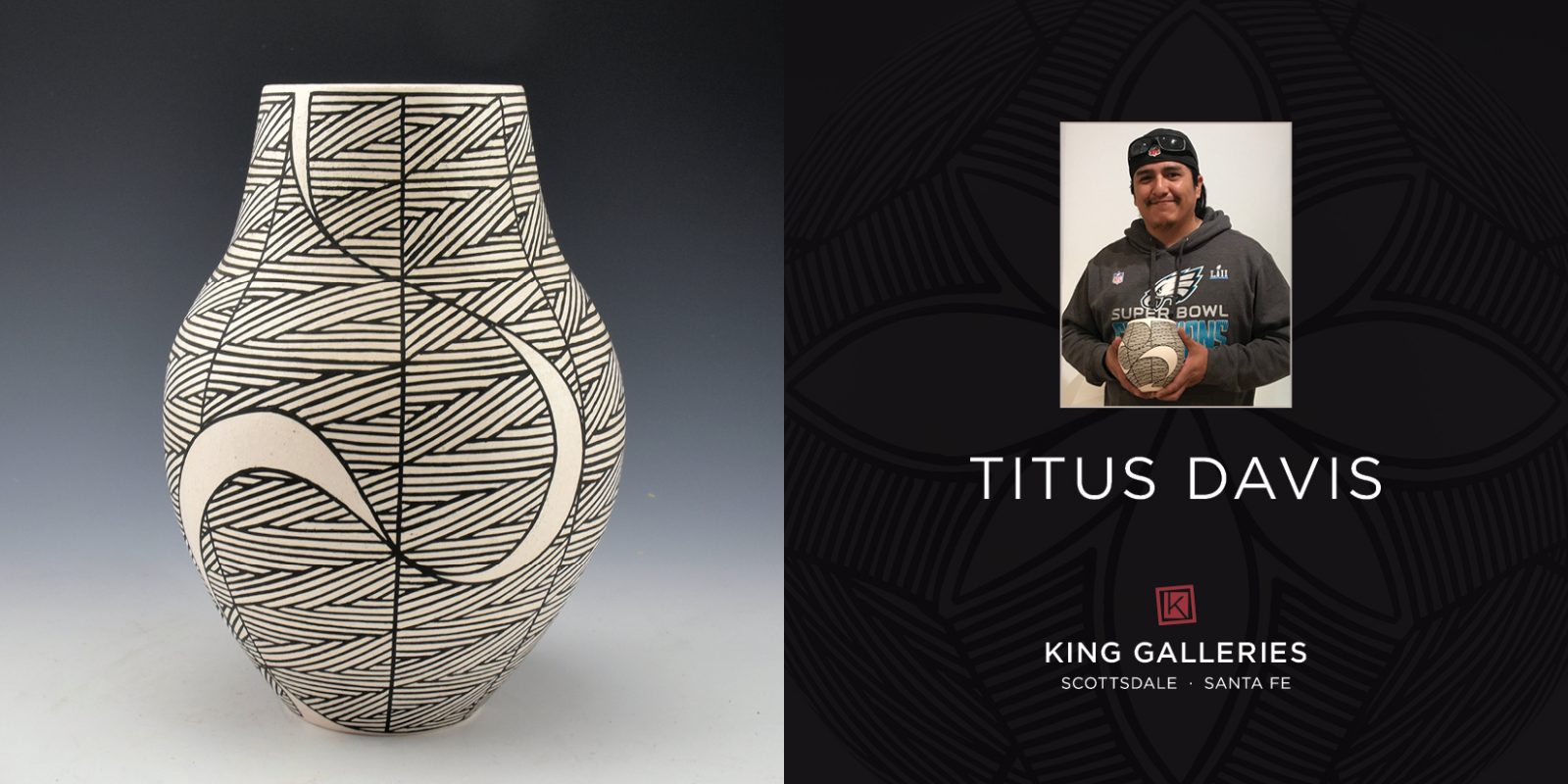