Titus Davis is the son of noted potter Darla Davis.  He creates coil-built pottery that combines the classic fine-line designs with a modern approach.  This jar has a fineline pattern that encompasses the surface of the piece.  It has a series of interlocking stars which are painted at an angle.  The shape and designs work perfectly together.  It is signed on the bottom, “Titus Davis”. 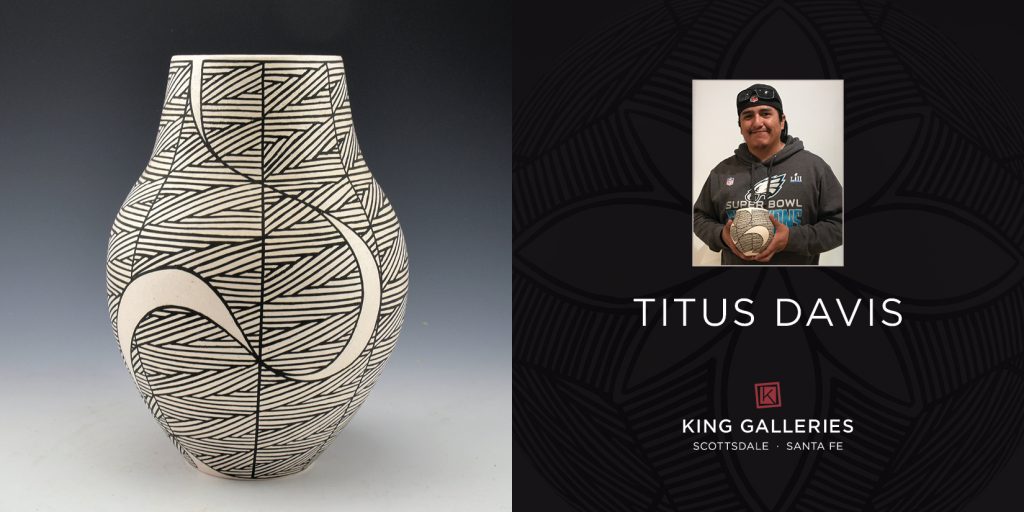