This is a complex jar by Juan de la Cruz.  He is known for his painted polychrome pottery.  Juan is a son of noted potter Lois Gutierrez.  Lois made the jar and Juan, who is noted for his illustrations, painted the design using natural clay slips. The jar is a classic round shape with a short neck. It has a series of eight dancers, four male, and four female.  He wrote of the piece:

“This piece depicts a cene from the Jaday Waa, which i a dance that is perfeormed during the summer months.  This dance servesa s aprayer for the monsoon rains that are needed for the crops that were platned earlier in the year.”

The jar was traditionally fired and it is a true polychrome (more than three colors of clay).  It is signed on the bottom.  It is accompanied by a watercolor painting with the description on the back.  While Juan is new to the pottery world, he recently won “Best of Pottery” at Gallup Ceremonials in 2017 and again in 2019.  He has been featured in articles in Cowboys & Indians Magazine and Native Art Magazine in 2018 and most recently was the subject of an article in Native Art Magazine (Fall/Winter 2019). 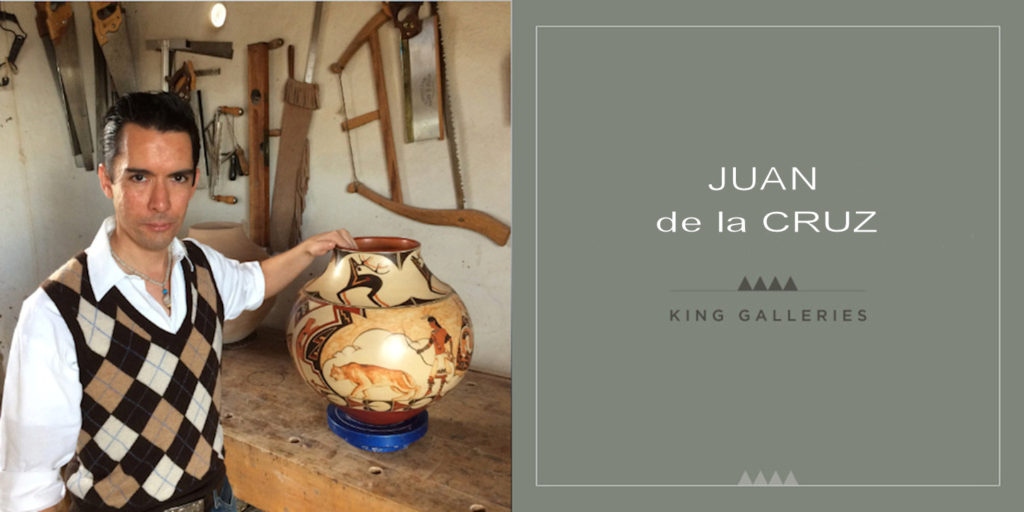 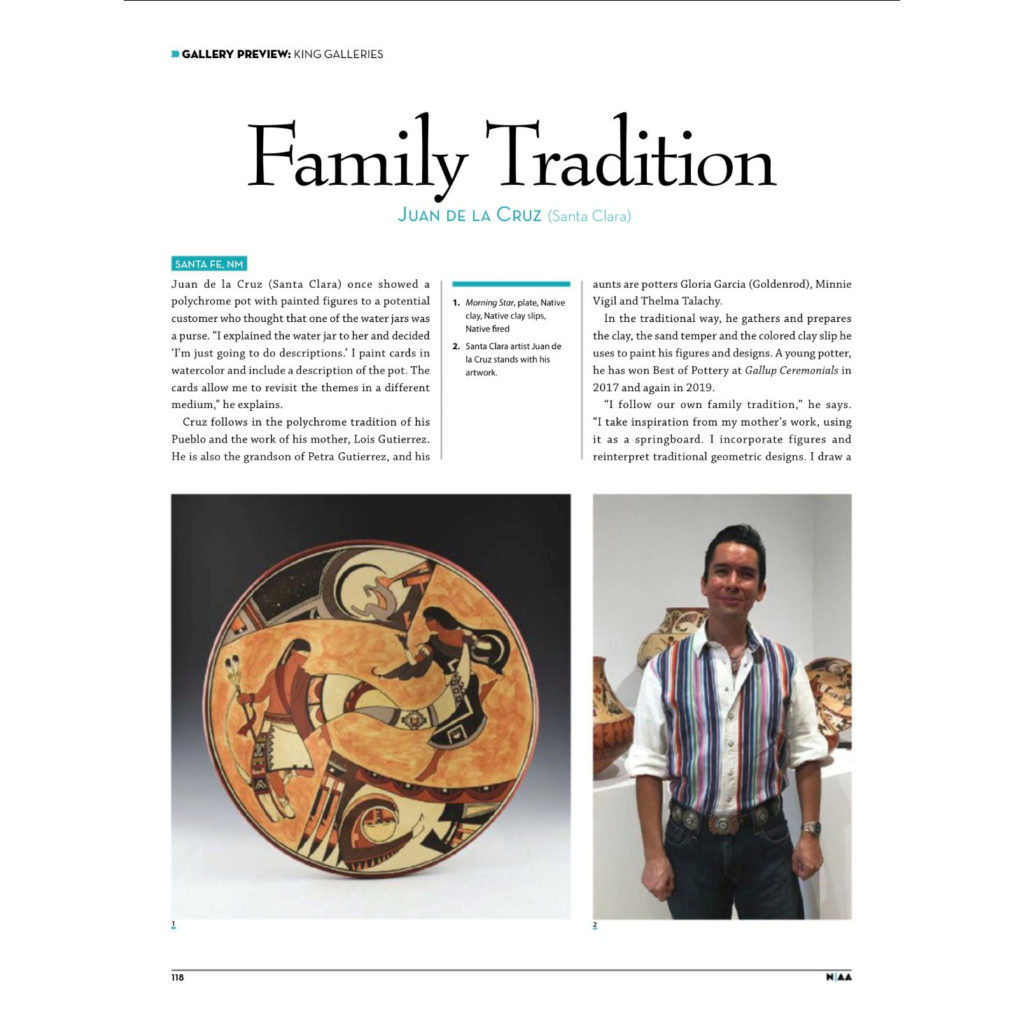 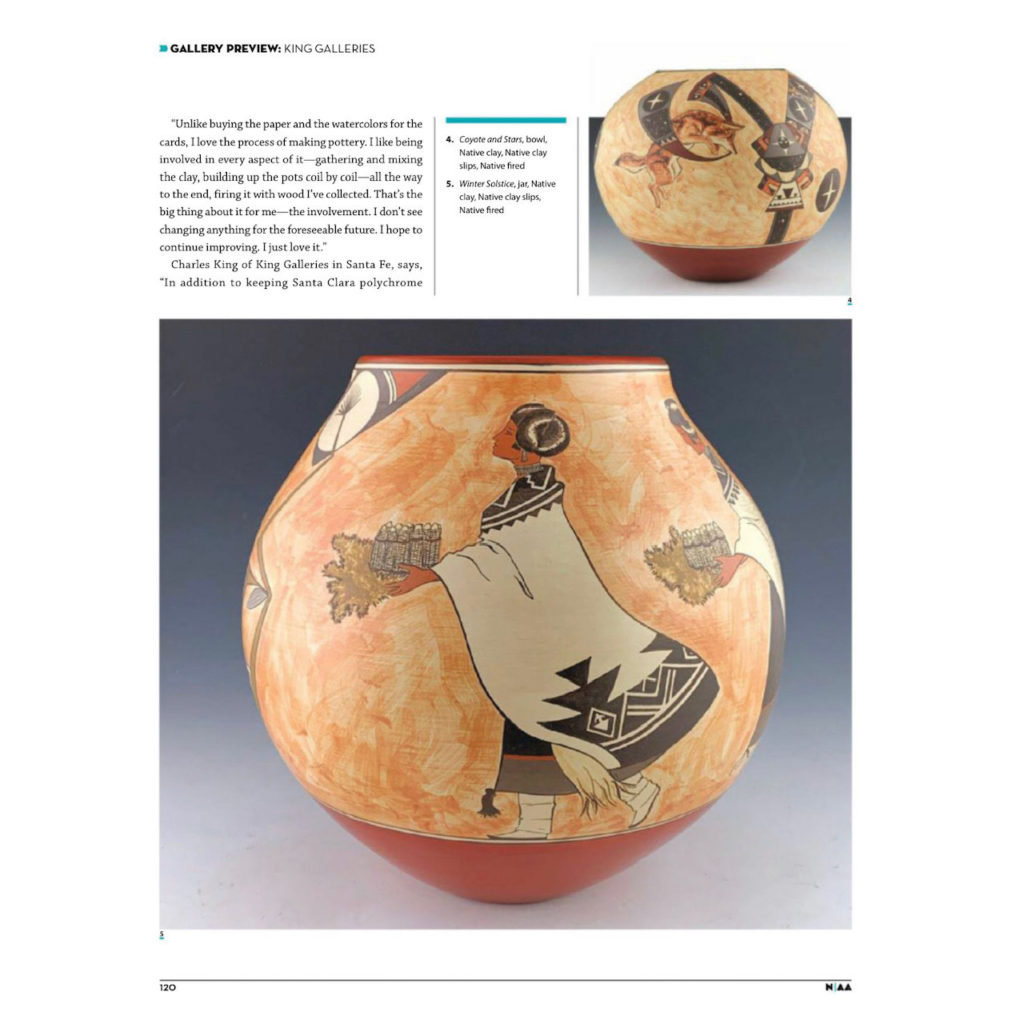 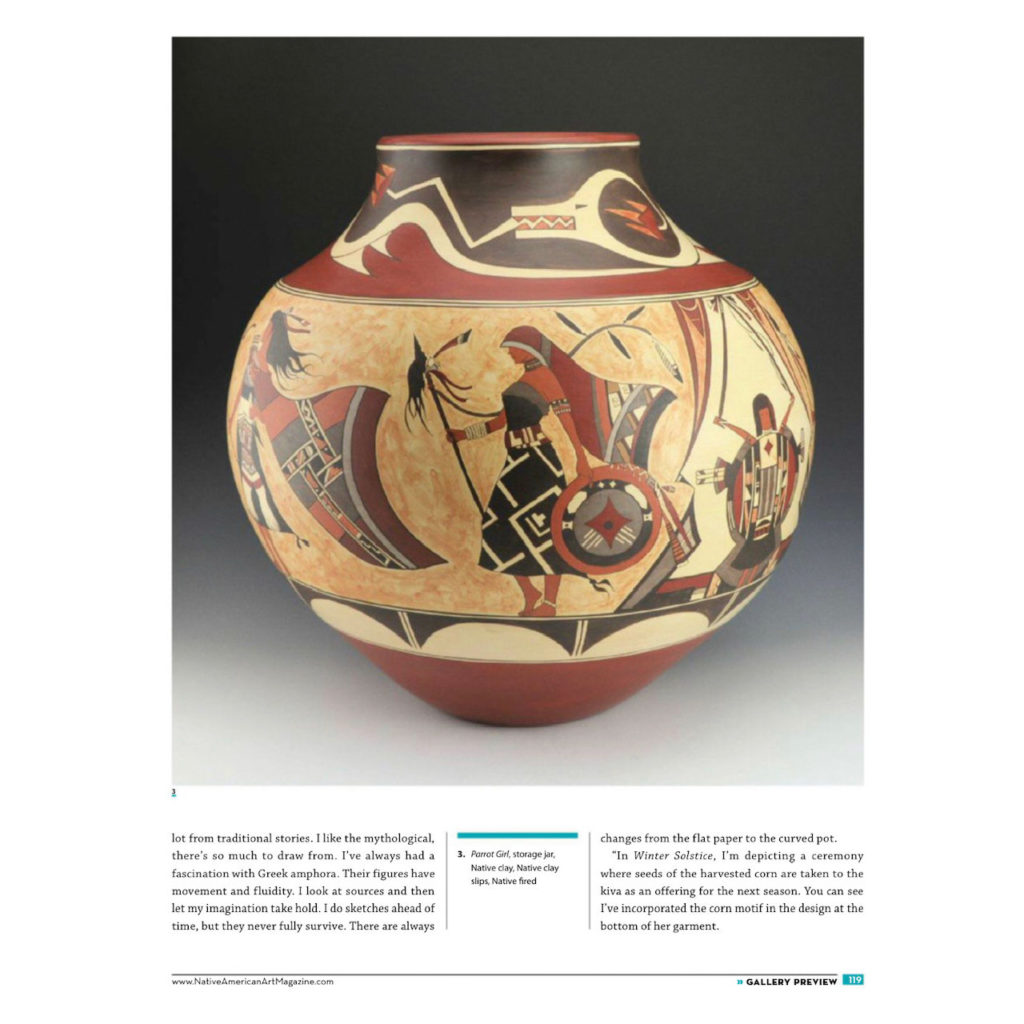