Chase “Kawinhut” Earles is one of the few Caddo potters working today.  His new work is inspired by Indigenous Futurism, Star Wars, and historic Caddo vessels and designs.  Each piece is hand-built and then incised with complex designs.  They are each created as a pair so that one futuristic piece pairs to one of the historic vessels or effigies.  This is important, as part of the intent of this show is to educate about Caddo pottery forms and designs.  You can read more about this in the article, “Chase Kawinhut Earles: Caddo Pottery Revival and Indigenous Futurism“.

This pair is entitled, “Cloud Horse” and “Banit: Caddo Bird Effigy”.  The “Cloud Horse” is inspired by the ship used by Boba Fett.  It is amazing clay work to create the shape and design.  The sides are etched with traditional Caddo cloud imagery.  The piece can be hung, but we had a museum mount made for it so that it can stand on its own.  The piece is pair with “Banit”, a Caddo bird effigy.  It is thin-walled and constructed as a bird effigy jar with an elongated neck and slight rim.  It is etched with feather and wind designs.  Chase said of this pair:

Cloud Horse and Banit: Caddo Bird Effigy are symbolic of the evolution of the ancient Caddo ceramic tradition. Creating effigies to explain, celebrate, or ritualize the world around us that we live in is a culturally identifiable practice of the ancestral Caddo. Here is an example of a revival of that custom with aerial depictions of the above world, simultaneously cementing the continuity of the ancient Caddo’s beliefs using pop culture and modern science fiction.

Both pieces are signed on the bottom “Kawinhut”.  The name “Kawinhut” is important, as the last Caddo potter, Winhut, passed away in 1908 and Chase is continuing in her tradition of working with the clay and so his name is the masculine derivation of this family name.

The Caddo were a tribal group throughout the Oklahoma, Texas, and Louisianna areas.  Chase draws inspiration from the ancient Caddo pieces and yet they are not replicas.  The connection in the ancient work is in the clay, firing, and shapes.  He is primarily self-taught both as a potter and in his research of the Caddo ceramic past.  He has sought out the clay sources and each piece is coil built.  They are then slipped with a clay and mussel shell mixture and then burnished three times.  The result is a shiny surface with flecks of shell reflecting light.  Each piece is then pit fired which not only hardens the clay but gives them fire clouds and color variations on the surface. After they are fired Chase etches into the surface of the clay to create the intricate designs.  The delicate designs are almost a surprise considering the hardness of the clay after the firing. 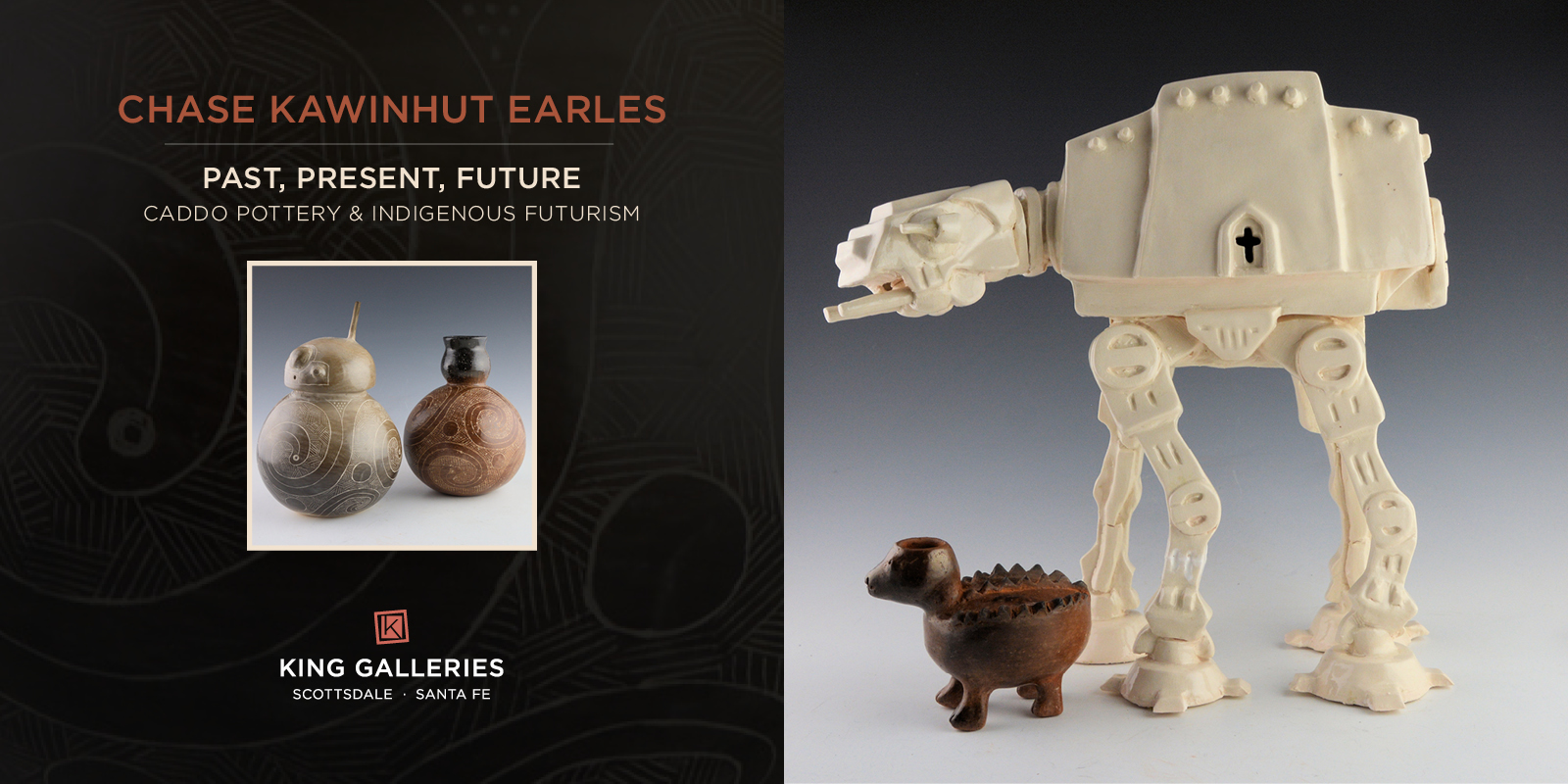 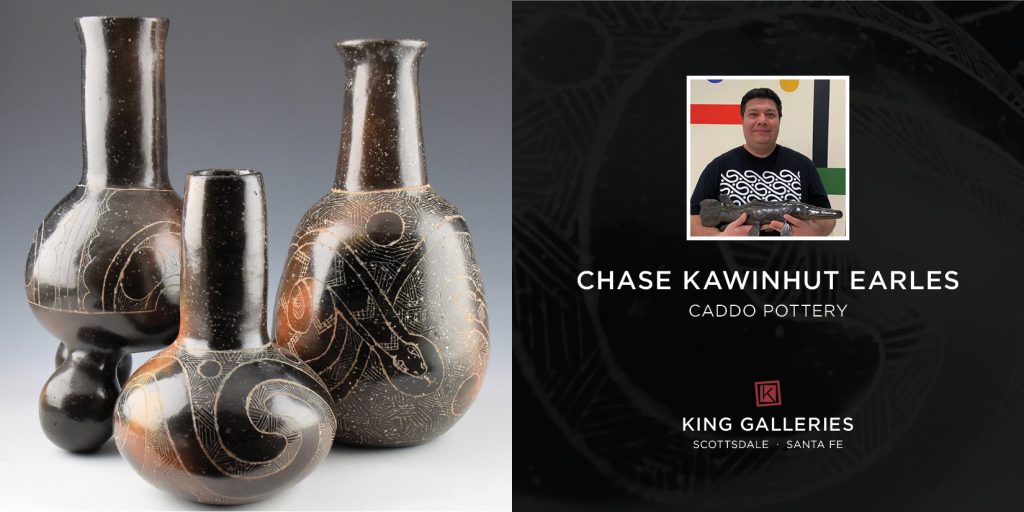