This large cylinder-shaped jar by Richard Ebelacker.  He was the youngest son of Virginia Ebelacker and a grandson of Margaret Tafoya.  This shape is a technically difficult form to create using the coil method for building the jar. The difficulty arises from trying to make the walls so straight and even!  The jar was then carved with a water serpent (avanyu) as the design.  Richard often carved with a distinctive flair to his designs as they flowed and undulated around the bowl creating equally beautiful designs no matter which way the piece is turned.  The jar was then stone polished and traditionally fired.  This jar is in excellent condition with no chips, cracks, restoration, or repair.  It is signed on the bottom in the clay, “Richard Ebelacker”. 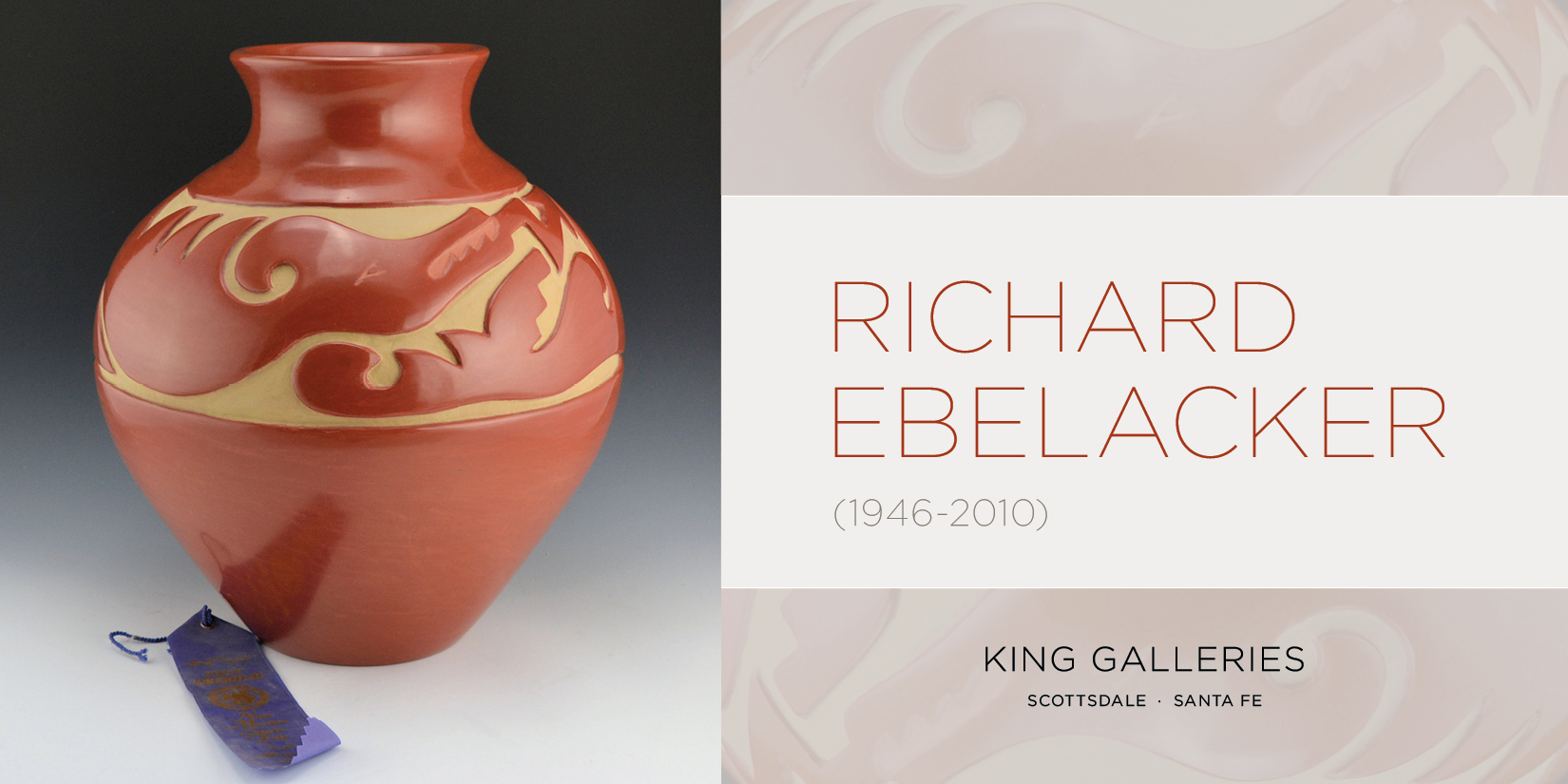 Richard Ebelacker was a son of Virginia Ebelacker and a grandson of Margaret Tafoya. He learned to make pottery from his mother and excelled at making larger vessels than many of the potters at Santa Clara. Richard won numerous awards for his pottery at Santa Fe Indian Market and his work can be found in museums and books on Santa Clara pottery, such as “Born of Fire”.