Virginia Ebelacker was the first daughter of noted potter Margaret Tafoya.  She was known for large sized pottery as well as her deeply carved designs.  This jar is a very classic shape with a carved band around the center. The designs are mountain and lightning patterns. The jar is deeply carved and highly polished. The jar is signed on the bottom in the clay.  It is in very good condition with no chips, cracks, restoration or repair.  Her sons Richard and James were both known for their distinctive large pottery and today her grandson, Jason, is also creating exceptional pottery. 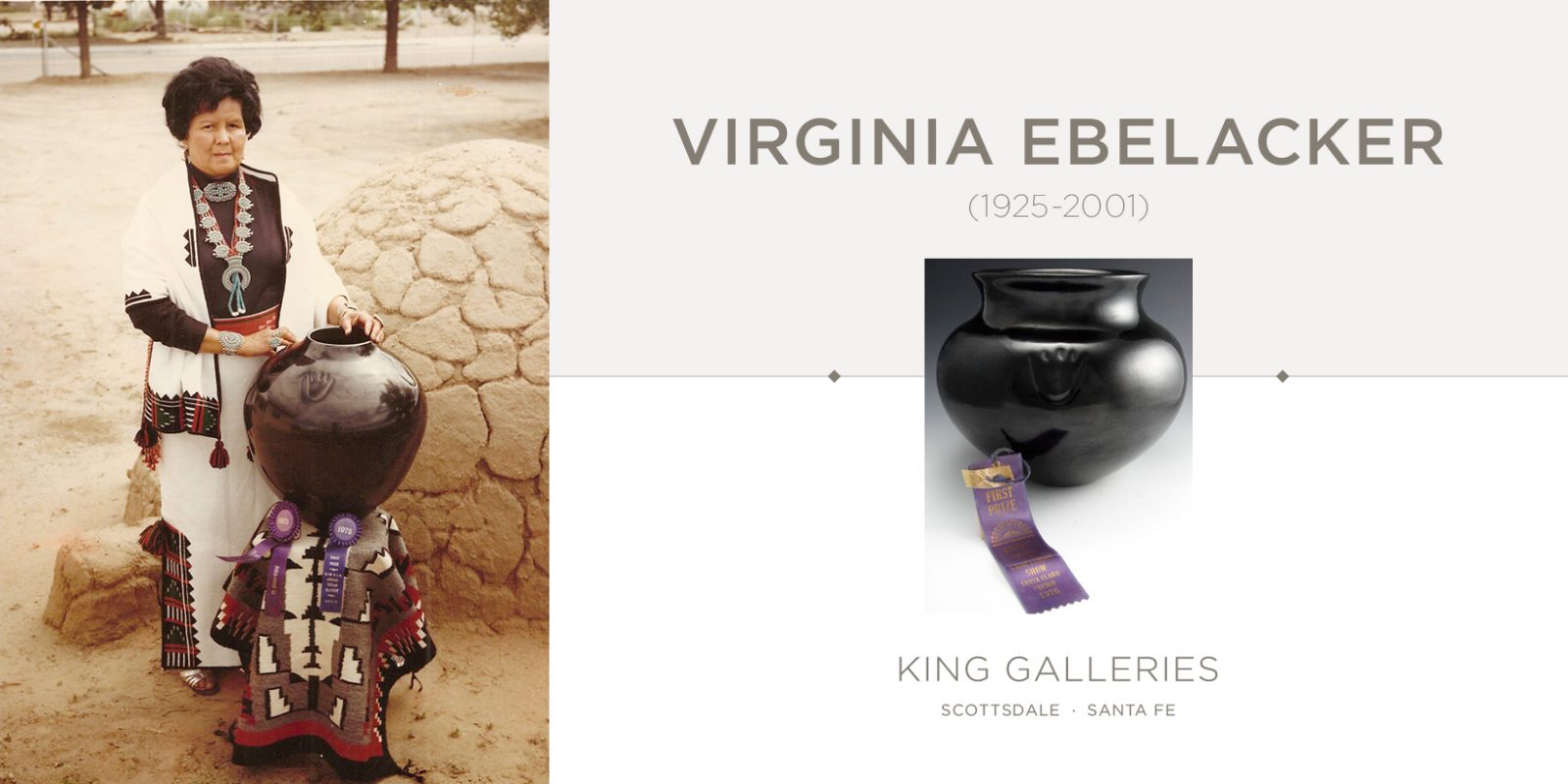 Virginia Ebelacker was the first child of Margaret Tafoya (1904-2001) and a matriarch of a family of renown potters including her son, Richard Ebelacker. As a child, Virginia remembered helping her grandmother, Sara Fina Tafoya, polish her large storage jars. She worked in Los Alamos and only began making pottery full time in the late 1960's. She quickly developed a reputation for her large-scale pottery and amazing even polish!