This is a classic piece by Anita Fields.  It is a clay mask that can be hung on a wall or set in a metal museum mount.  The mask is clay and has sculpted features.  There are small circles in relief on the surface. The piece is signed on the back, “Anita”.  It is in excellent condition with no chips, cracks, restoration, or repair. 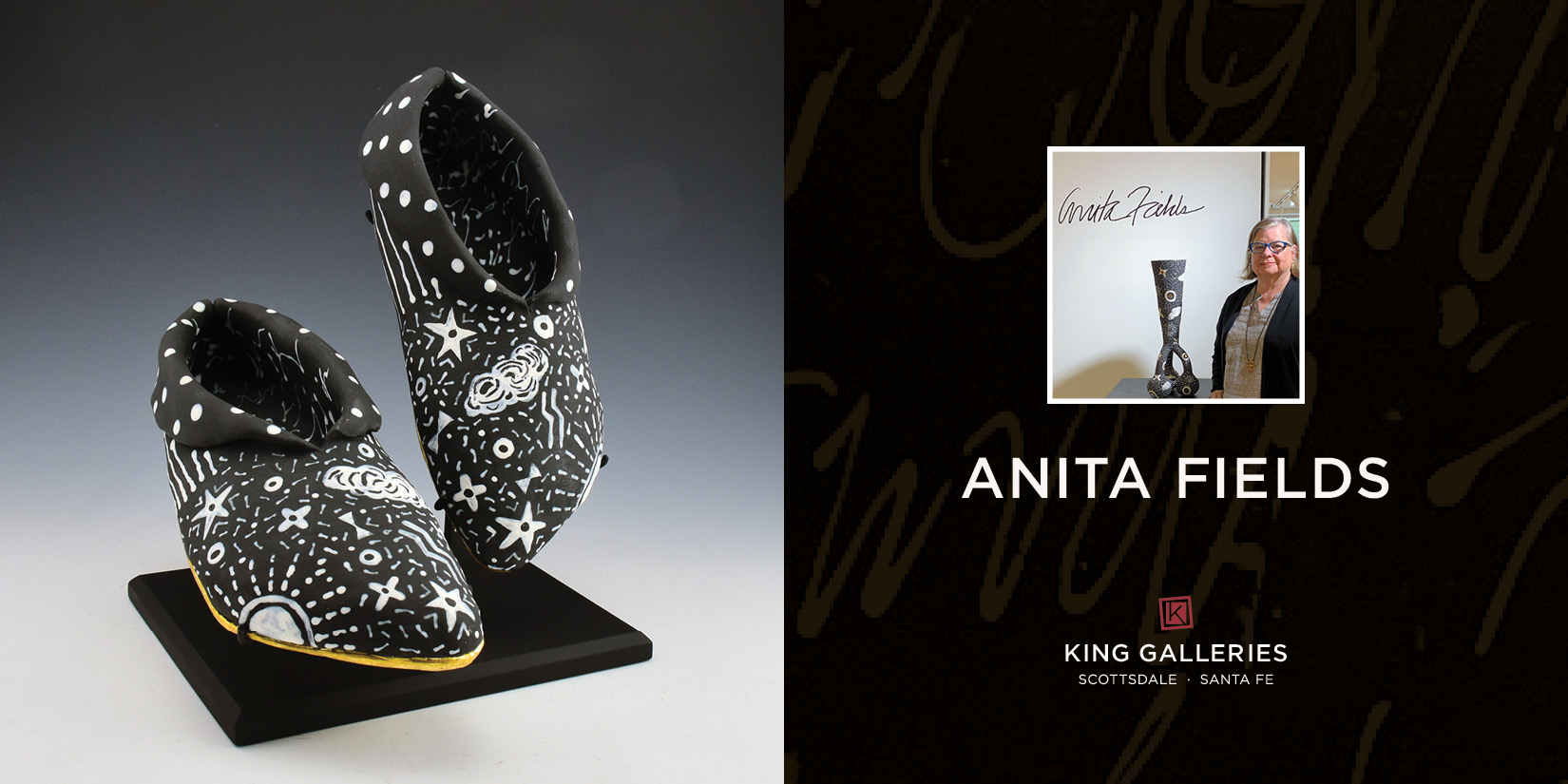 Anita Fields is a fascinating potter who works with non-traditional clay to create abstracted images of traditional clothing and artifacts along with imagery intended to honor all women, particularly those of Indian descent. Anita was influenced by traditional Osage ribbon work, clothing, and blankets. She also studied the objects and ceremonial dress of other tribes. The personal and emotional elements in these textile designs led Anita to use them symbolically in clay, translating the personality of these vestments into her work. About one of her recent series, Native American Dresses, which are coil-and slab-built installations, Anita says: "The dresses convey my attitudes toward the strength of women and how native peoples show remarkable resourcefulness and adaptability toward their environment. The clothing Indian women created shows great pride, dignity, and hope in a culture facing insurmountable odds." Over the years Anita has spent a good part of her life traveling and collecting seemingly insignificant items. From these items, these memories, she creates original stamps. Anita has won numerous awards for her pottery and her work can be found in the permanent collection of museums such as The Heard Museum, the Denver Art Museum and others. She was featured in the book, “Pottery by American Indian Women”. Most recently she won “Best of Pottery” at the 2012 Heard Indian Market.