This large jar is a collaborative piece by Susan Folwell (Santa Clara )and Les Namingha (Hopi-Tewa/Zuni).  The jar is entitled, “Birth of the Corn Maiden”. The concept for this jar is not just the importance of the Corn Maiden in Pueblo culture, but also how she is a primal female archetype in cultures throughout the world.  There is play back and forth on the vessel as the multi-cultural figures are placed within a Pueblo context as the “Corn Maiden”, who brings the corn, the harvest, and life.  The jar was made by Les and painted by both Susan and Les.  The jar is very round in shape and the vertical lines are all burnished (polished) onto the surface!  The female here is inspired by Botticelli’s “The Birth of Venus” painting.  Note the shell earrings. There is a corn snake that symbolizes Les being part of the Corn Clan.  The badgers represent Susan’s grandfather who was Badger Clan. The katsina style figures are seen in the clouds and breathing life into the Corn Maiden.  It is signed on the bottom by both Susan and Les.  It is in excellent condition with no chips, cracks, restoration or repair. 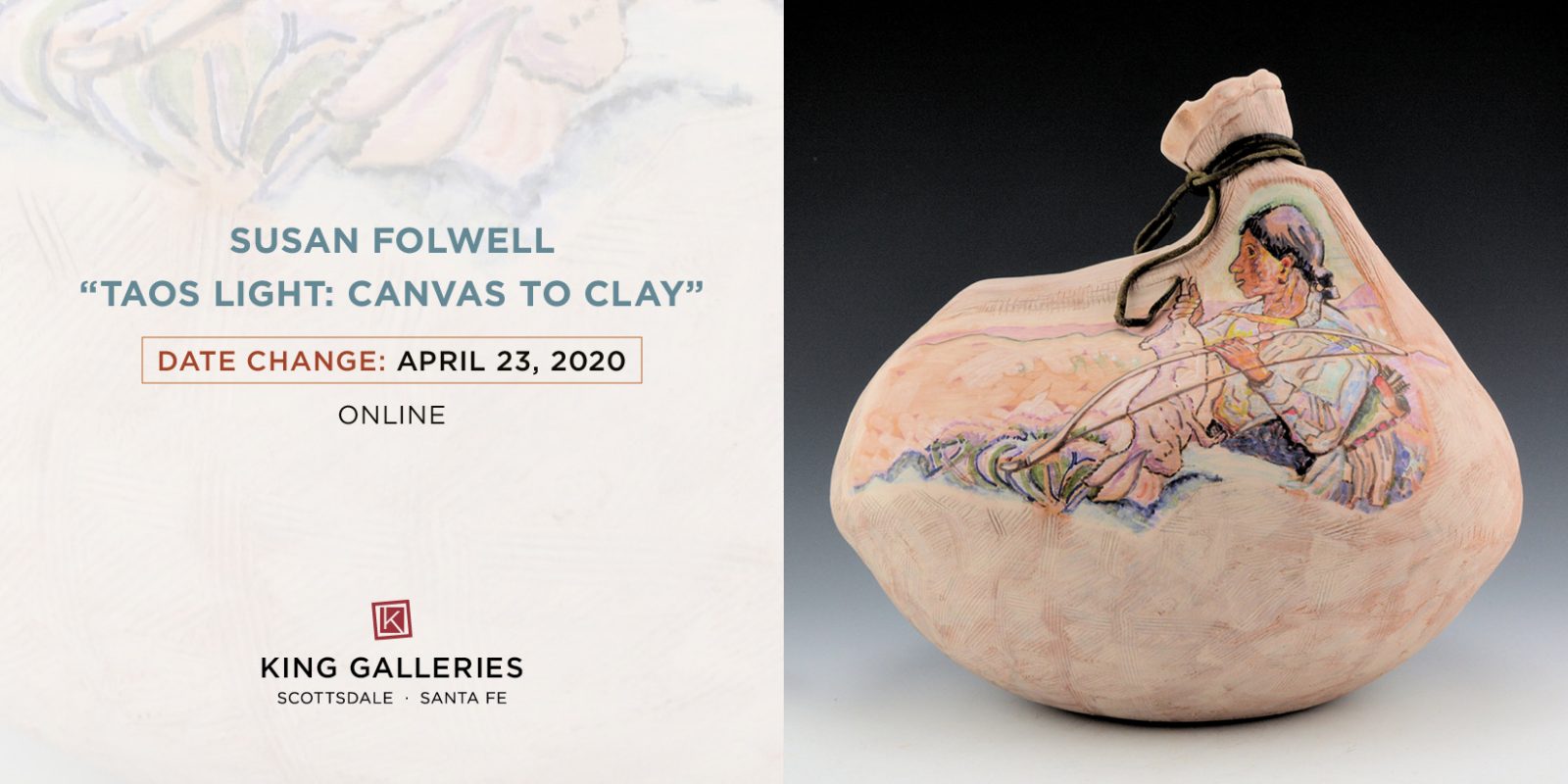 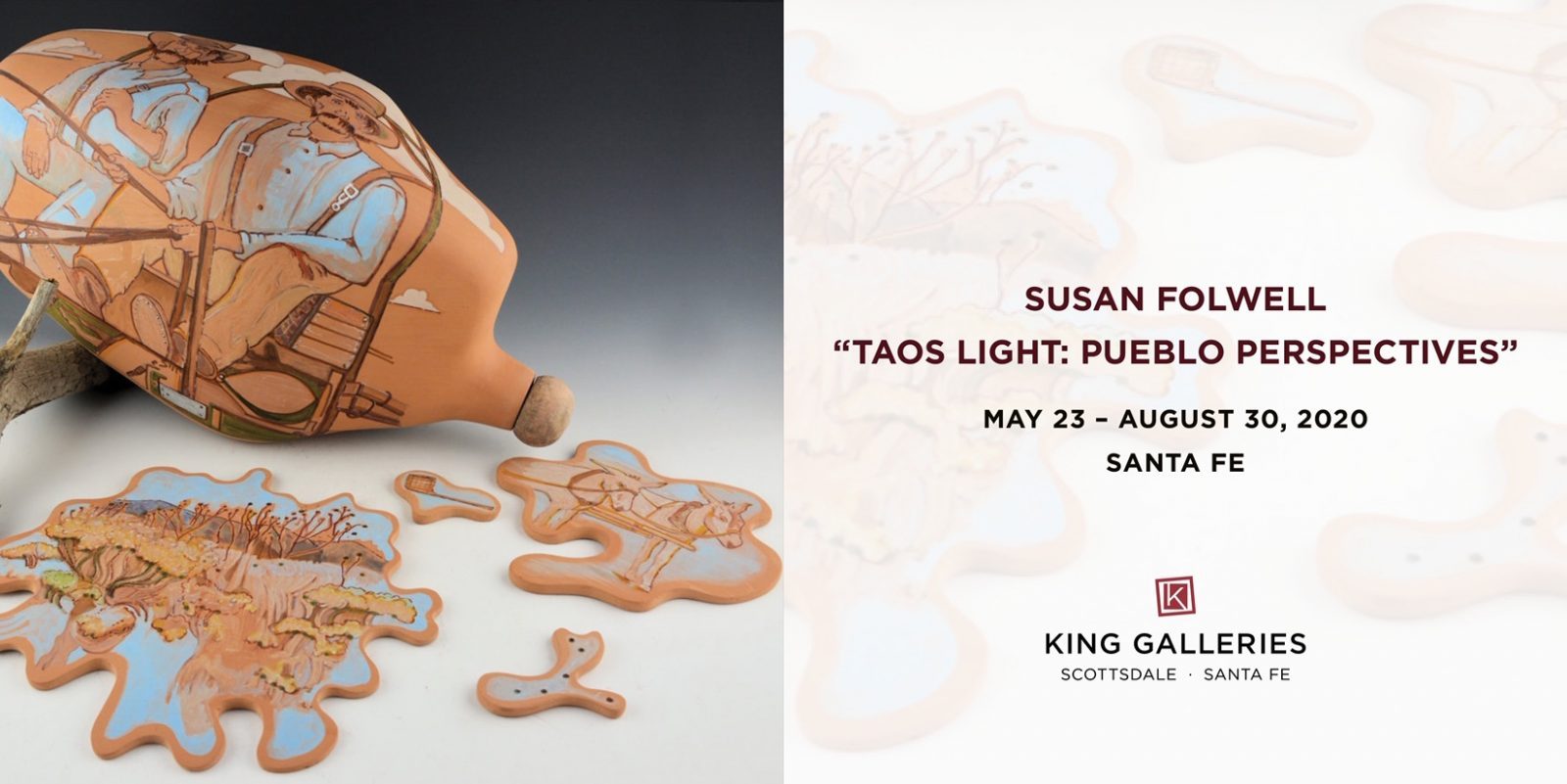 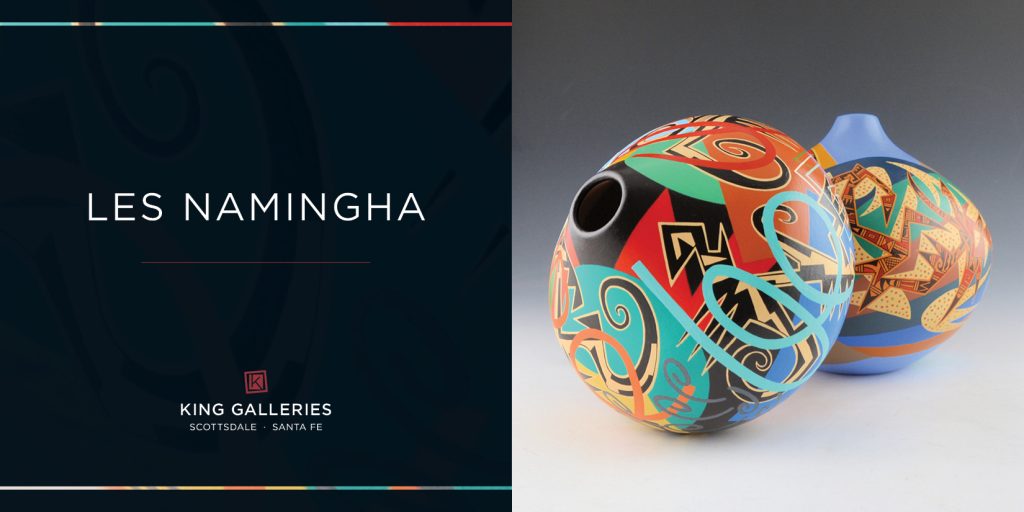 Les Namingha is the son of Emerson Namingha, the grandson of Rachel Nampeyo, great-grandson of Annie Healing, and a great-great-grandson of Nampeyo of Hano. Les blends and deconstructs traditional and historic designs in an amazingly modern style. The precision of his painting is undoubtedly a reflection of his learning to make pottery from his aunt, Dextra Quotskuyva of Hopi, a master potter and world-renown innovator.  Les has won numerous awards for his pottery at Santa Fe Indian Market, the Heard Museum Market, and other events, along with being featured in multiple books on Hopi and Pueblo art. He continues to be one of the dynamic innovators in Pueblo pottery! Les Namingha transforms and challenges the surface expectations of Hopi and Pueblo pottery through his creative designs, textures, and materials.  He is as much a painter as a potter, and his vessels rely on form, surface design, and color to reveal their ancient and modern artistic influences. Les says of his work, “Sometimes the painting goes with the flow of what’s in you.  There’s not as much thought as in other pieces. That comes from my love of abstract art, where the process is the process.  There are other works where there is considered that goes into it. Maybe I’m working on the under-structure design with painting first and then laying it aside for a bit.  I’ll think about where to go next and see where the piece leads me. There is also solely relying on the teaching of the older Nampeyo type designs. There the process for me is trying to work with the color since the structure is already there. The question is what I’m going to do with it.