Barbara Gonzales is a great-great-granddaughter of Maria Martinez.  She is known for her innovative pottery which combines etched designs along with inset stones.  This jar has a sharp shoulder and a sloping neck.  The piece is etched after the firing with 19 feathers.  The area by the tips and tails of each feather are “tow-toned” sienna.  The jar was fired to a near gunmetal coloration. It is signed in the clay, “Than-Moo-Whe”, which is Barbara’s name in Tewa.  It is in excellent condition with no chips, cracks, restoration, or repair. 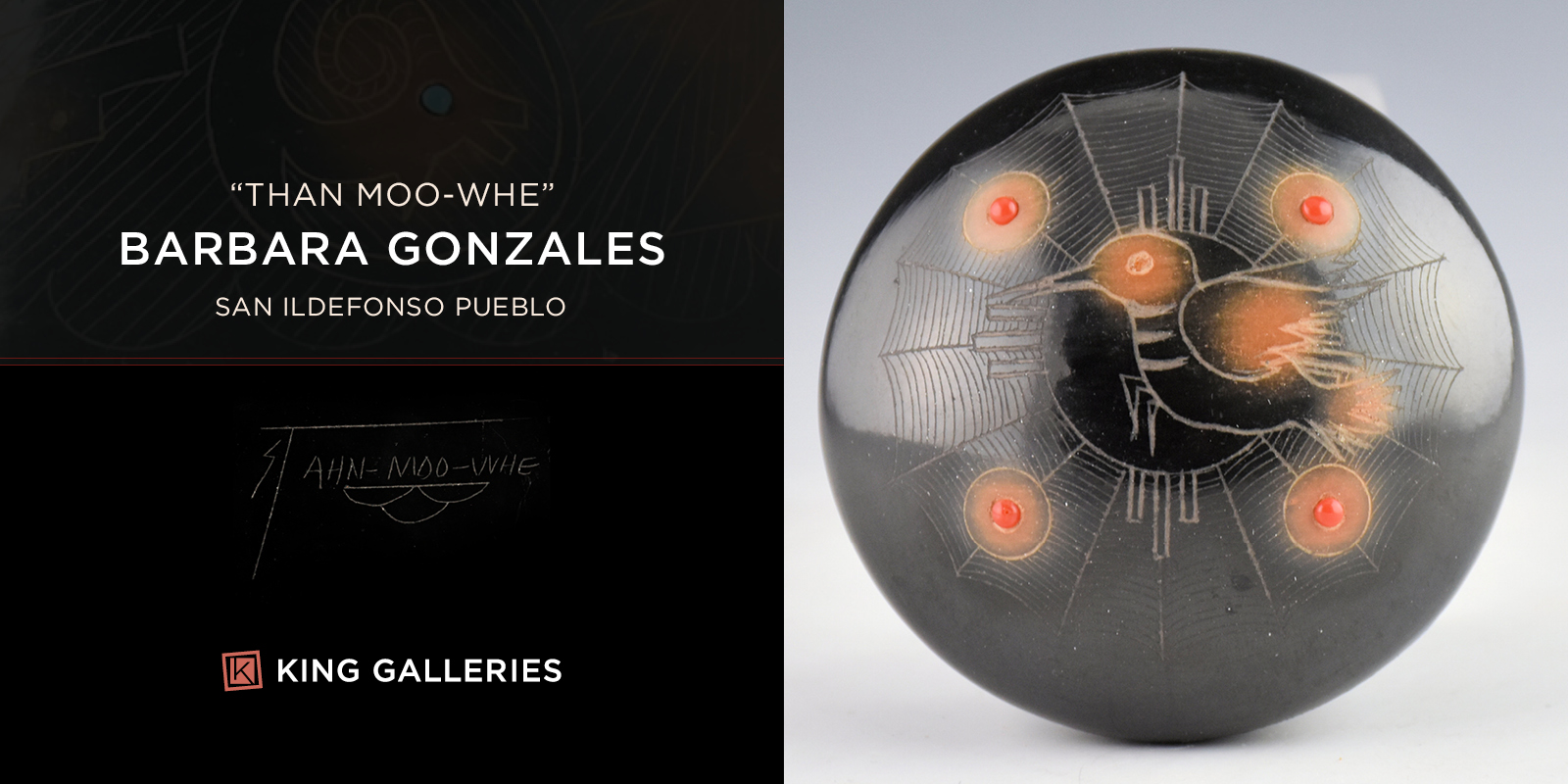 Barbara Gonzales is a great-granddaughter of Maria Martinez, and the granddaughter of noted potters Santana & Adam. Barbara learned to make pottery from Maria and Santana and created her own distinctive style in the 1970s. The use of spiders dominates much of her work and the spiders are all seen as symbols of good luck. Her pottery is signed on the bottom, “Than Moo Whe” which is her name in Tewa. Barbara has won numerous awards for her pottery at Santa Fe Indian Market, the Heard Indian Market, and other events. Her work can be found in museums nationwide and she is also featured in various books, including “The Legacy of Maria Poveka Martinez”.