This jar or canister is by Juanita and Wo-Peen Gonzales.  It is carved with the cameo style that Juanita learned from Rose Gonzales.  It has step-shaped clouds separated by a vertical rain design.  The triangles are representative of mountains.  It is highly polished and has a deep black coloration.  The jar is in very good condition with no chips, cracks, restoration or repair and some wear near the base.  It is signed on the bottom in the clay, “Juanita Wo-Peen”.   It is great to find one of their pieces in such wonderful condition! 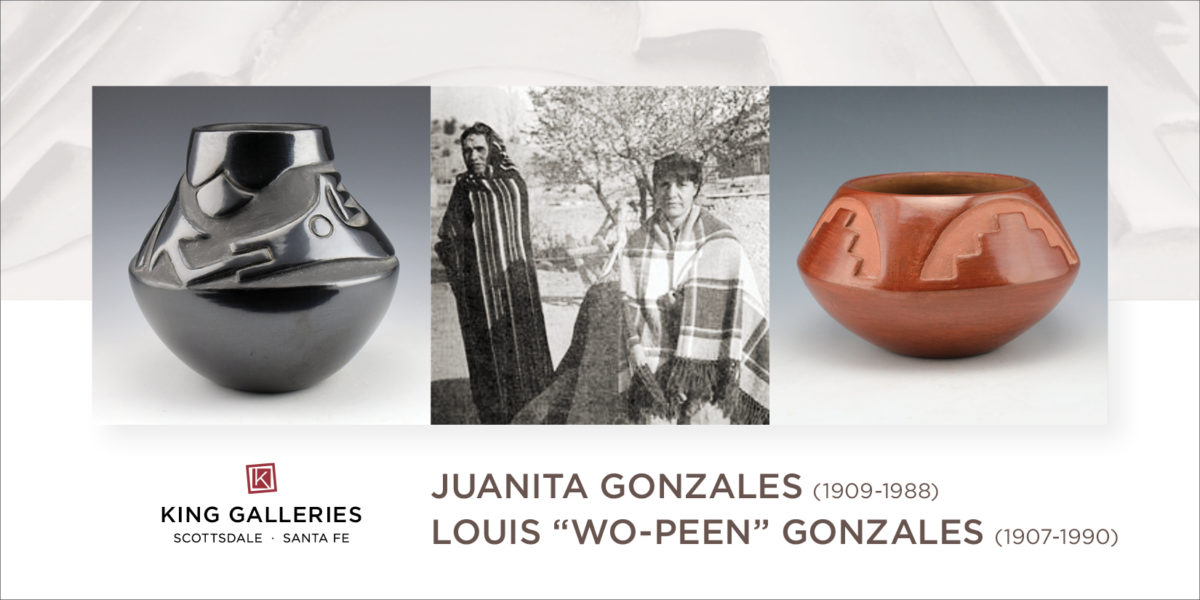 Juanita Gonzales was originally from Taos Pueblo. She married Louis “Wo-Peen” Gonzales (1907-1990) who was a son of Juan and Philomena Gonzales and his Tewa name, “Wo-Peen” means Medicine Mountain. She met him in a hospital after he lost his arm in a hunting accident. Louis was a gifted artist and attended the San Ildefonso School of painters in the 1920s. After he lost his right arm in an accident he taught himself to paint again with his left hand. Juanita learned to make pottery from her sister-in-law, Rose Gonzales (1909-1989). Rose is credited with beginning the carved pottery style at San Ildefonso in the early 1930’s. The carved pottery by Juanita has a very similar style of carving and imagery as with Rose’s work. While Juanita made the vessels, she also did the carving, while Louis did the painting of any designs.