Margaret Lou Gutierrez was a daughter of noted potters Tonita & Juan Roybal.  She was the sister of Marie Roybal and JD Royal.  She began making pottery in the 1970s. This bowl is very highly polished and one of her classic round shapes.  The designs are very tightly painted.  There are feather, cloud, rain and mountain designs.  It’s a complex pattern painted on a highly polished surface.  The bowl is in excellent condition with no chips, cracks, restoration, or repair.  It is signed on the bottom in the clay, “Margaret Lou Gutierrez”. 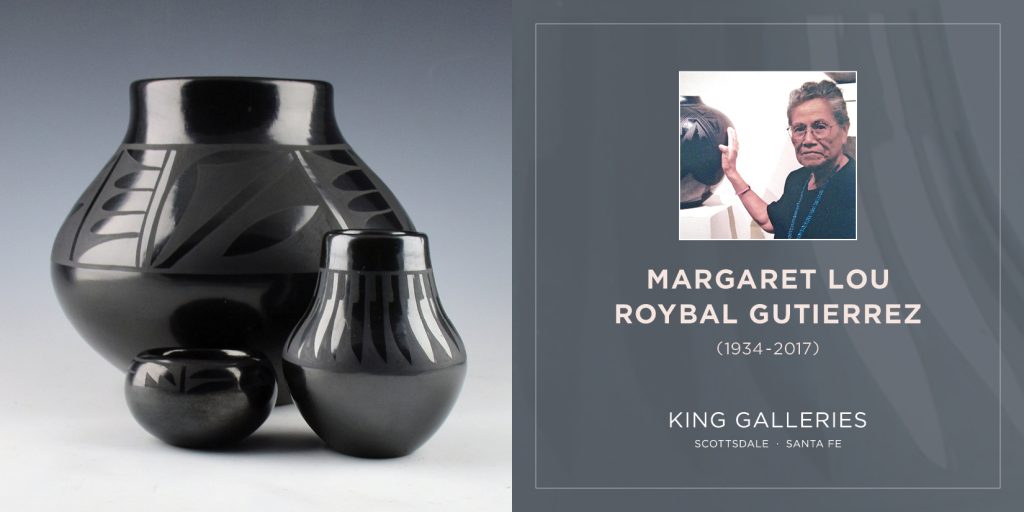 Margaret Lou Roybal Gutierrez was a daughter of noted potters Tonita and Juan Roybal. She was the sister of Marie Roybal and JD Royal.  She was young (only 10) when her mother passed away and in 1957 she married and moved to Santa Clara pueblo. She only began to make pottery in 1971 under the tutelage of her father. The designs were often influenced by the work of her father as well as her brother, JD Roybal.