I’m am pleased to once again be working with Watson Honanie.  My parents worked with him for years at our store in Colorado in the 1980s-2000.  His creative and distinctive jewelry and his use of 14K gold and silver are visually distinctive.  It’s a great addition to both of the galleries! 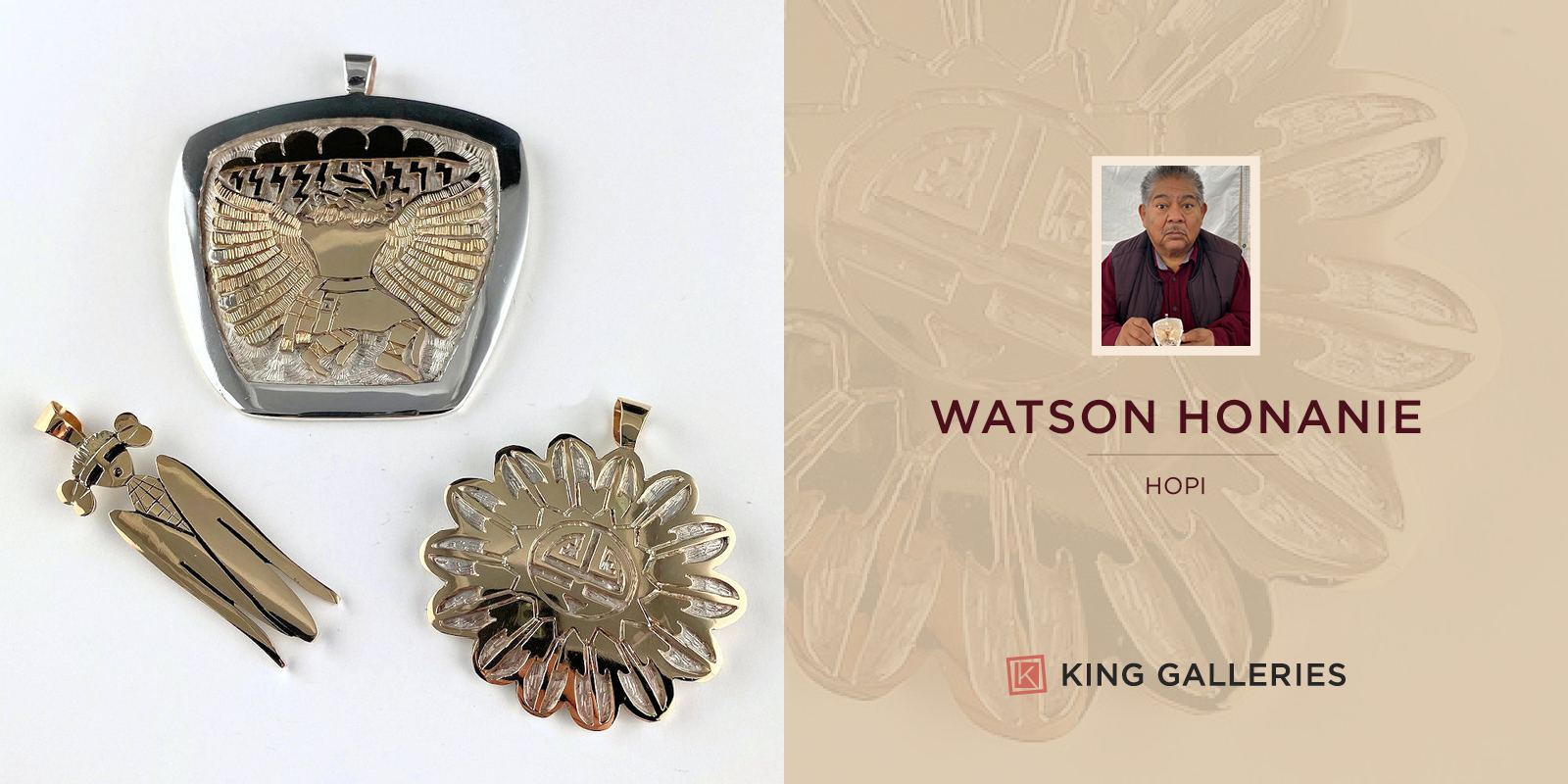 Watson Honanie is Hopi and Bear Clan. He is a nephew of Fred Kabotie and brother of Phillip Honanie. He learned to make jewelry from his brother and at the Hopi Sivercraft Guild.

Watson Honanie is noted for his intricate designs, especially village scenes and Hopi dancers crafted in gold. His father passed away when he was a child so he was partly raised by his uncles, Fred Kabotie and Porter Timeche. They gave him scraps of silver culled from the Hopi Silvercraft Guild, and showed him how to make earrings. Uncle Fred was manager of the guild when Watson began his apprenticeship. Watson began winning awards for his jewelry. In 1993, his gold concho belt won Best of Class and Best of Division at Indian Market, in Santa Fe, New Mexico.