Patricia Honie was from the Hopi village of Sichomovi at First Mesa.  She was a sister of noted potter Juanita Healing.  Patricio began making pottery around 1960 and continued through 1987.  This is a classic tile with a stylized eagle as the design.  It is painted with bee-weed (black) and traditionally fired.  It is signed on the back, “Patricia Honie”.  It is in very good condition with no chips, cracks, restoration, or repair.  There is some smoke from the firing. 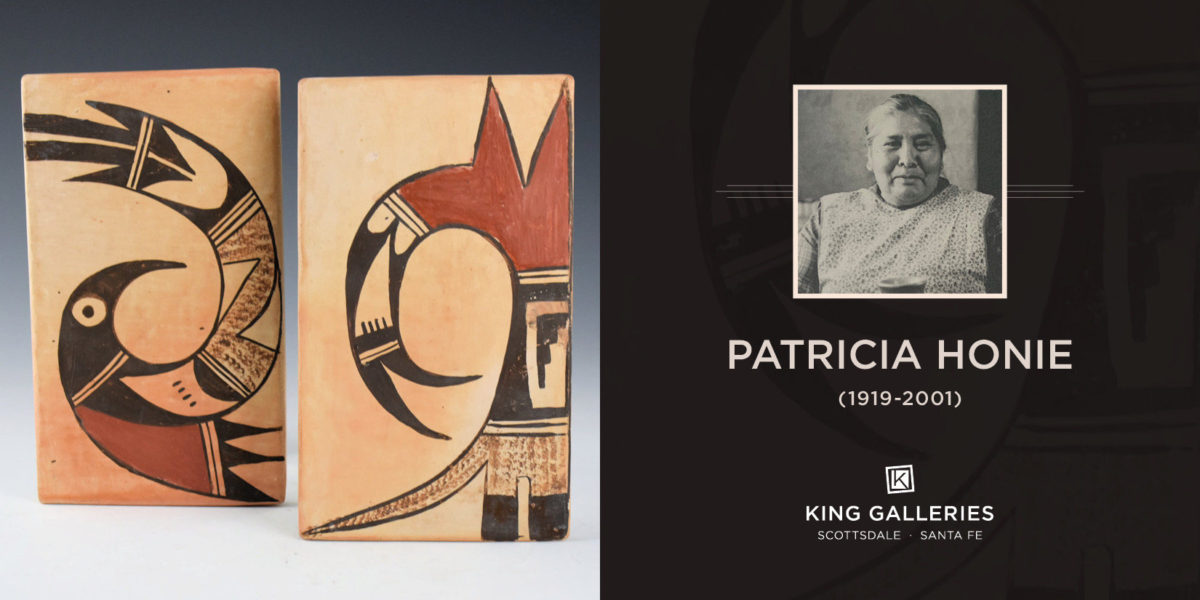 Patricia Honie was the younger sister of noted potter Juanita Healing. She learned to make pottery from her father’s mother. She was the mother of eight children and did not make much pottery over her career which was from approximately 1960-87. Patricia was from Sichomovi (the center village) at First Mesa. They were Hopi potters, unlike many of the others who were Hopi-Tewa in ancestry.