Barbara Johnson was a daughter of noted Maricopa potter Mabel Sunn. She was known for her highly polished and elegantly shaped vessels.  This is one of her classic long-neck jars that is 14.75″ tall.  It has been written about this form:

“The form of the tall-necked jar is considered to be distinctly Maricopa, featuring a very long neck on a globular body. Tall-necks began appearing during the end of the nineteenth century but experienced a surge of popularity during the 1930s. At that time they increased in height, and the tallest known piece stands around two feet. Since the 1980s, tall necks have become shorter, and most produced today stay well under a foot tall. Potters have their own methods for manufacturing tall-neck jars. Some do so using only coils of clay and their hands while others use a stick positioned in the center of the vessel to provide a guide for the coils.”  Forty Years Later: A Reexamination of Maricopa Pottery by Lindsey Lianne Vogel

The jar has a round body, sloping shoulder, elongated neck, and flaring rim. The jar is fully polished and the black designs are derived from a mixture of mesquite sap and cactus spines.  The imagery is water waves and mountain patterns.  The jar is signed on the bottom, “B. Johnson”.  It is in very good condition with no chips, cracks, restoration, or repair.  Definitely a classic for both her work and classic Maricopa vessels. 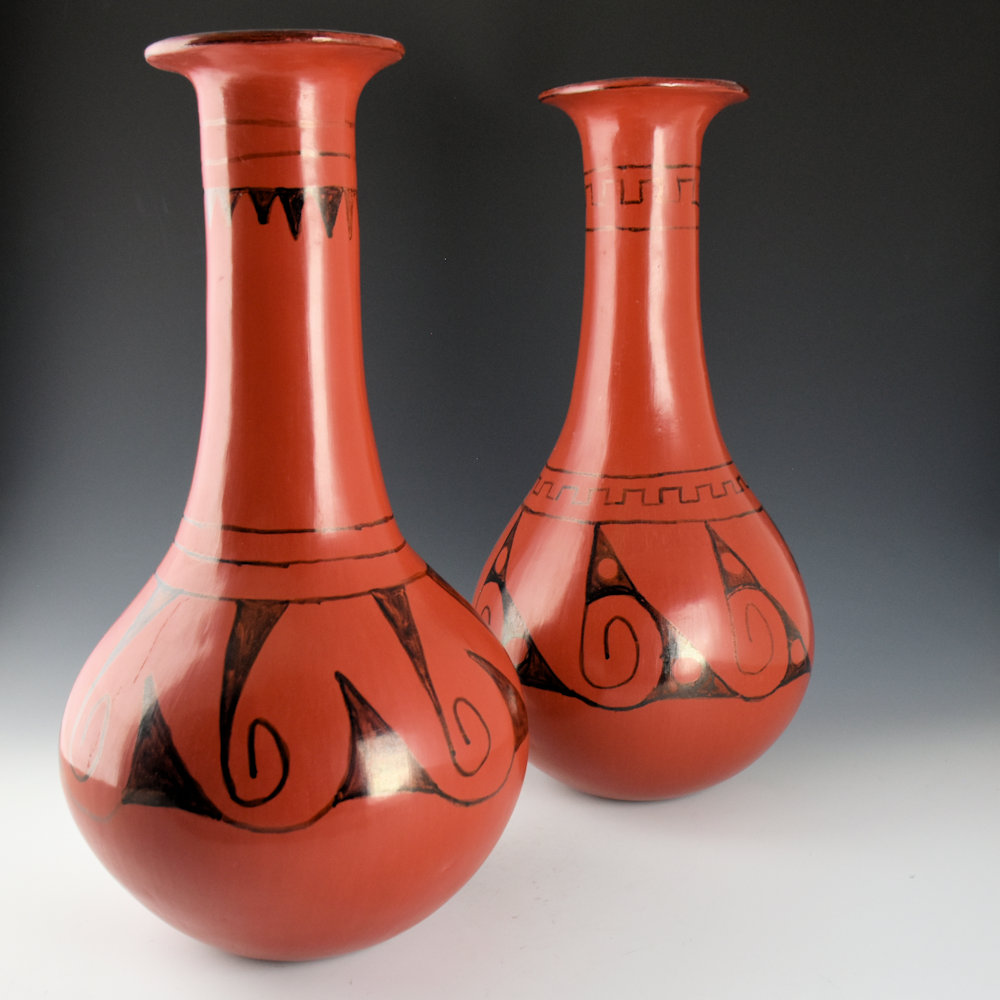 Barbara Johnson learned to make pottery from her mother, Mabel Sunn. She was one of the revivalists of Maricopa pottery in Arizona. Maricopa pottery making essentially was non-existent at the turn of the 20th century, but with the diligence of Elizabeth Hart of the United States Indian Service Home Extension Department, there was a revival, not only in production but also in quality of workmanship.