This is a creative jar by Eric Lewis and his mother, Sharon Lewis.  Eric made the jar and painted the outlines of the dragonfly, which is surrounded by the bold Acoma stylistic imagery.  As the jar is turned, there are strong geometric patterns that represent birds and wings.  Note as well above the dragonfly, the lighting design, which as dragonflies are “prayer messengers”, it seems a perfect fit of imagery!  Sharon, his mother, is known for her detailed painting on miniatures. She painted the very fine lines on the body and wings of the dragonfly.  Check out the precision of the painting of the lines and how they create another dimension to the jar!  They work well together!  The jar is signed on the bottom by both Eric and Sharon.   Eric remains one of the young Pueblo potters to watch! 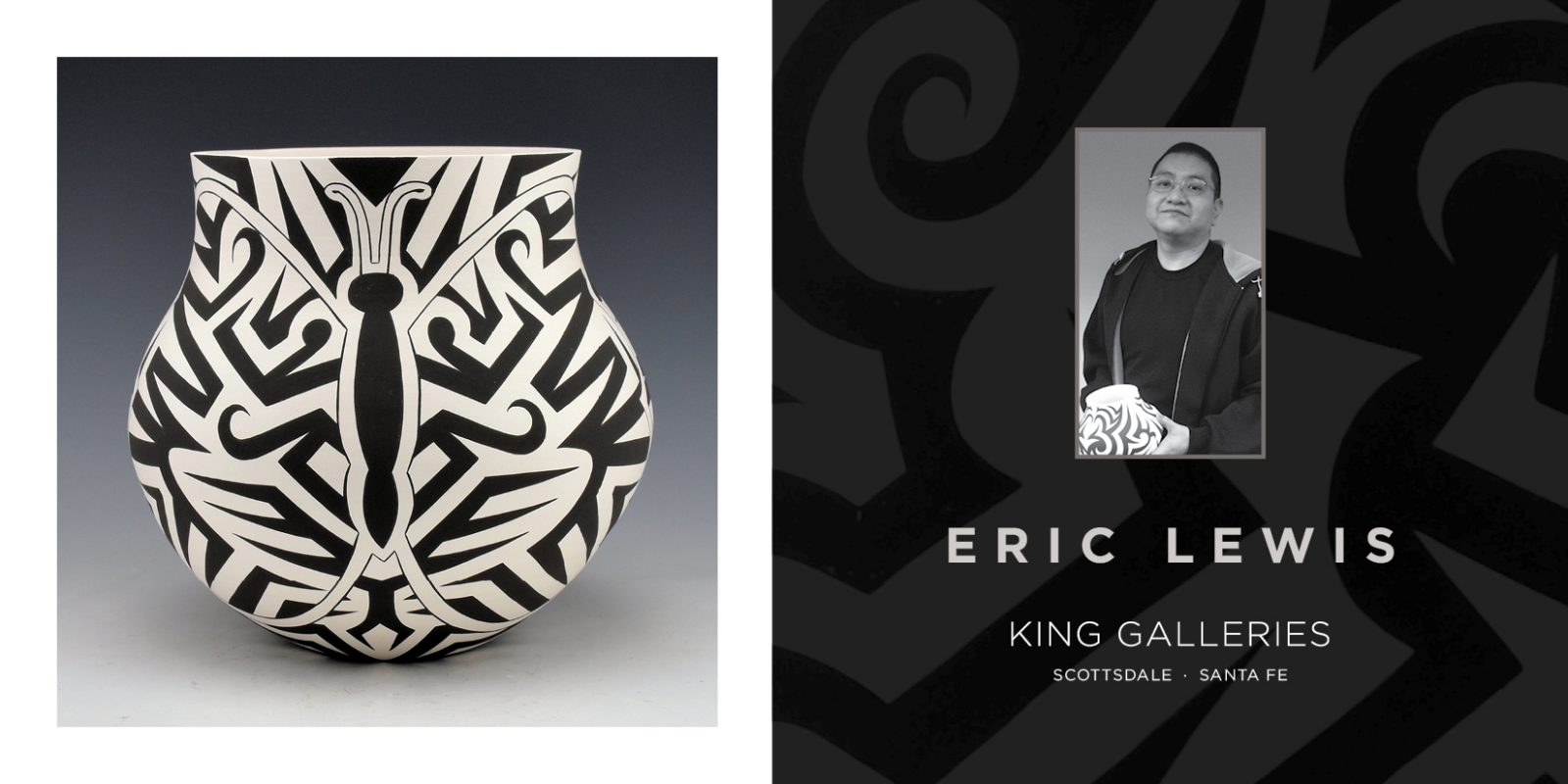 Eric Lewis pottery is one of the more contemporary styles you find in young Acoma pottery today.   Eric is a son of noted potter Sharon Garcia-Lewis, and the son of Bernard Lewis.  His grandmother is noted potter Elizabeth Garcia. Eric has taken classic Acoma designs and simplified their patterns to use in a black-on-white style, which has a very modern appearance.  Each piece is hand coil built to a thin shell Acoma, then sanded and smoothed before painting and firing. Through his design's abstraction, you can see the wind, rain, lightning, bird patterns, and animal figures. 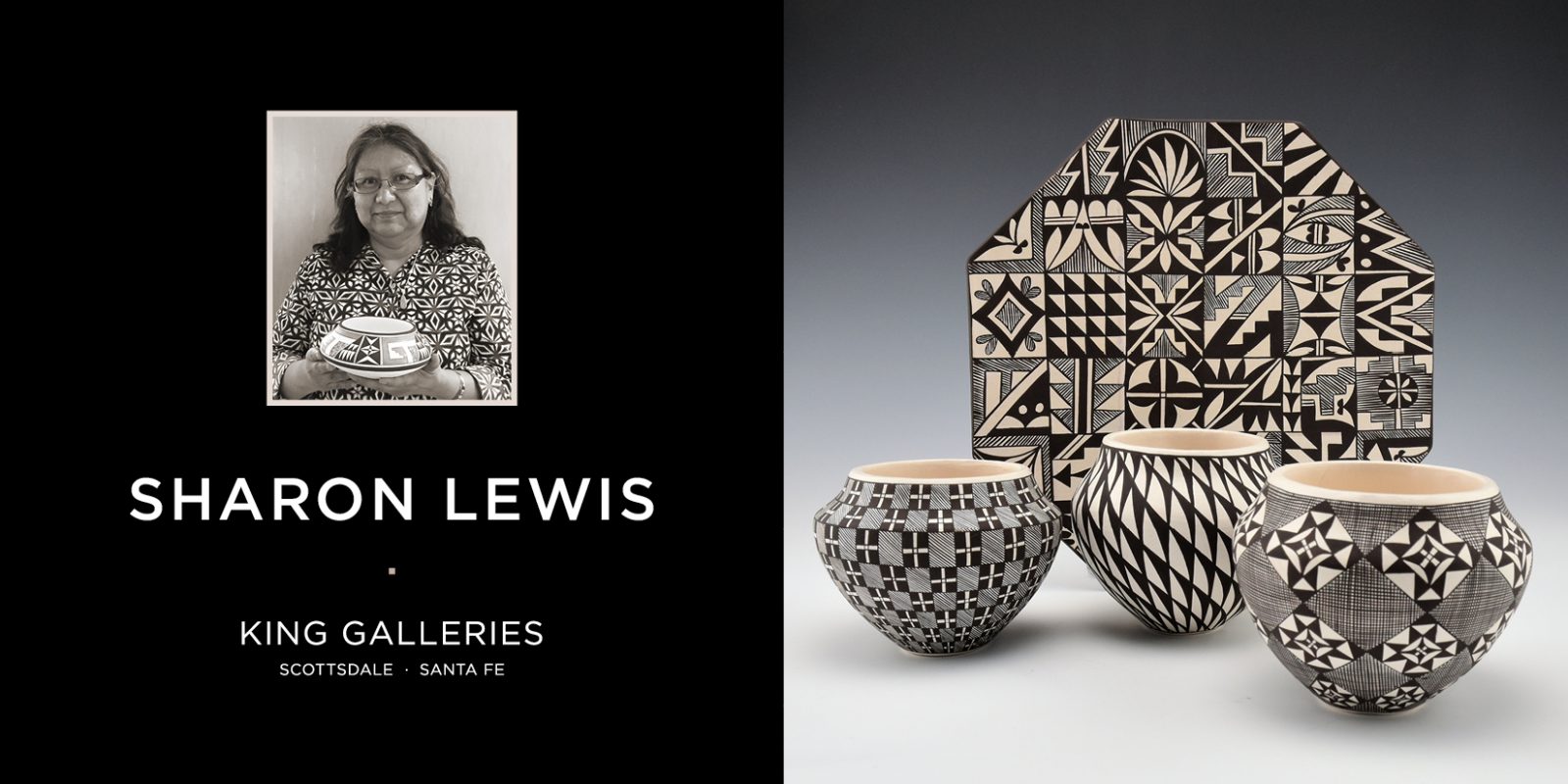