Ivan Lewis was a son of noted potter Lucy M. Lewis of Acoma Pueblo.  He was married to Rita Banada Lewis of Cochiti Pueblo.  Together they started making bowls and animal figurines around 1971 and storyteller figurines around 1973.  Ivan learned to make pottery from Rita, so all his work was done in a Cochiti style.  It was not until around the 1980s that he began to make figures.  This is a male Monos Figure. The Monos figures were originally made in Cochiti Pueblo beginning in the 1880s and were often made as social commentary.  This figure has a checkerboard coat and It is slipped white and painted with wild spinach (black).  The figure was traditionally fired.  It is signed, “Ivan Lewis” on the bottom.  It is in excellent condition with no chips, cracks, restoration, or repair. 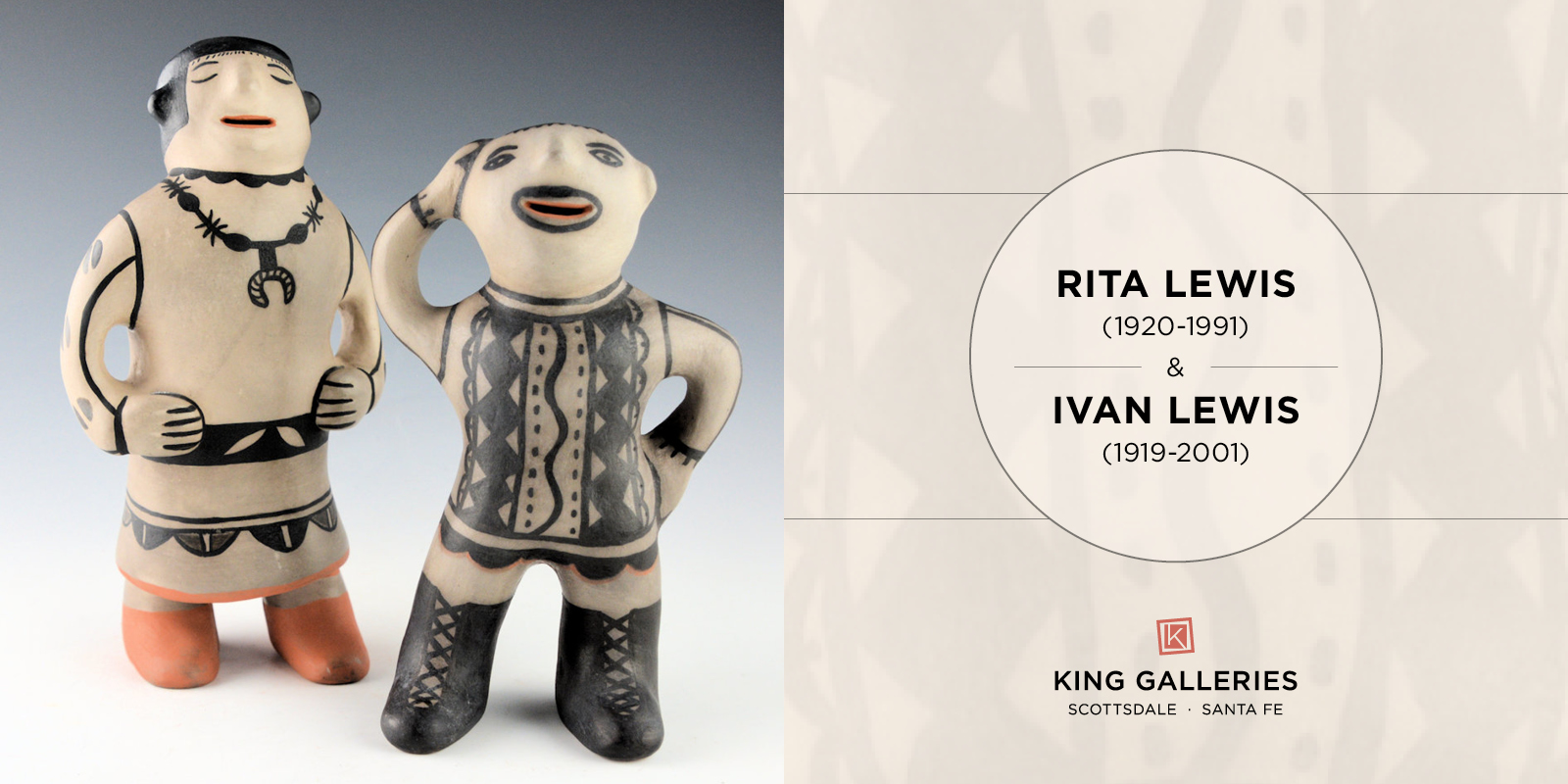 Rita Lewis (1920-1991) was the daughter of Ascencion Banada.  She was married to Ivan Lewis (1919-2001) was a son of Lucy Lewis. Together they started making bowls and animal figurines around 1971 and storyteller figurines around 1973.  Rita became interested in making pottery around 1959.  Ivan learned to make pottery from Rita, so all his work is in the Cochiti style.  They would sign their work individually or together.