This is an exceptional bowl by Lucy Lewis.  She was one of the great Matriarch potters of the past century. This bowl is coil built and painted using bee-weed, a plant for the black.  The design has a stylized version of her famous lighting design.  The jagged lines are black, fine-line, and white (the negative space).  Typical of her work from this period, the lines are precise and tightly painted. The bowl is thin-walled and well-formed.  The bowl is dated “1964”.  It is often easy to see that Lucy’s dated pieces are among her best in creative designs and forms.  She only dated work in the 1960s’ into the early 1970s.  The bowl was traditionally fired so there are color variations on the surface.  The bowl is signed on the bottom, “Lucy M.  Lewis”.  It is in excellent condition with no chips, cracks, restoration, or repair.  Definitely a classic and a piece of history! 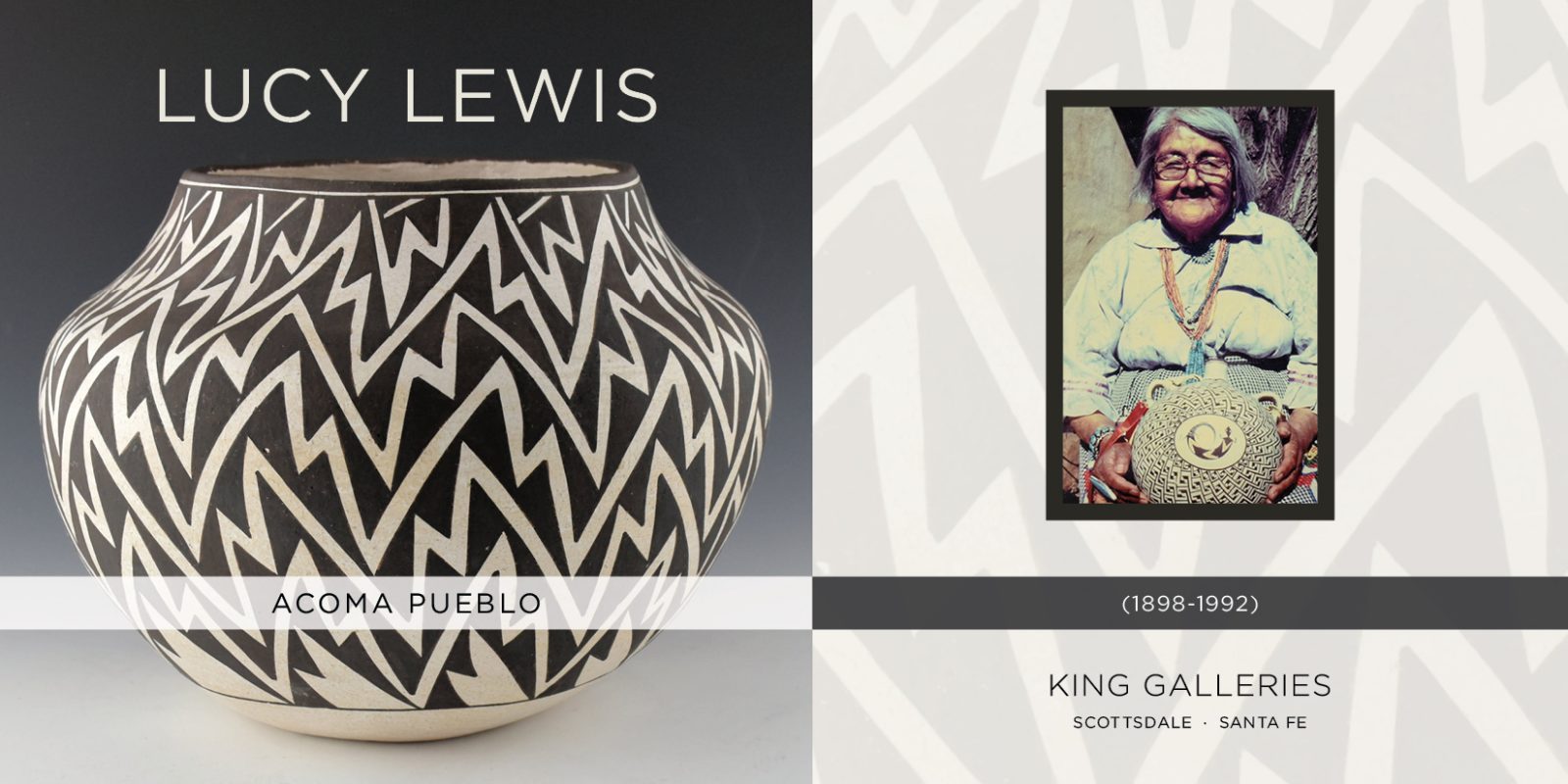 Lucy Lewis is one of the great Matriarch potters of the past century. She learned to make pottery on her own and revived the pottery making process at Acoma Pueblo. Her children Dolores, Emma, Carmel, and Andrew, learned to make pottery from their mother. Lucy’s pottery is featured in numerous books, videos, and museum collections worldwide. “Lucy M. Lewis” by Susan Peterson is the most authoritative work on her pottery.

Lucy’s pottery is made from a gray clay-body and formed by hand using coils. After the pot is shaped and dried, a white slip is applied. Without the clay slip, the mineral paints would run off the pot. Next, the design is applied using a brush made from yucca, which holds more color and makes more delicate lines than regular brushes bought at an art supply store. Finally, on a day when the weather is right for a firing outdoors, a small number of finished pieces are carefully fired.

Her pottery features innovative designs and Pueblo traditional forms.  Her designs are influenced by the color of the sky, animals, and nature, along with her Native American culture.  Lewis specialized in small pots that were usually six to twelve inches in height. Lewis’ tribe, the Acoma, considered the clay she used for her pottery to be sacred. The creation of a single pot could take as long as two to three weeks. In 1983, Lucy Lewis was given the New Mexico Governor’s Award for outstanding personal contribution to the art of the state. In 1977, she was invited to the White House. Her work is part of the permanent collection of the Smithsonian Institution.