Beginning in the early 1970’s, Joseph Lonewolf revolutionized the world of Santa Clara pottery by incorporating his sgraffito (lightly etching the surface of the clay) and incised (more deeply cut into the clay) designs.  He was the first potter to begin making bronzes of his work in 1974.  This piece is from 1980 and it is the last of his castings and it is from silver.  It is the flute player which is often seen in his pottery.  Joseph said of the flute player in his work:

Interestingly, the piece was cast in “brown patina, silicon bronze, sterling silver, and white bronze.  This piece is the sterling silver version. I think it was a total edition of 60 with 15 of each of the four types.   The detail on the headdress and the body of the figure is exceptional.  The piece is dated and the number is 1/60.  It is in excellent condition. 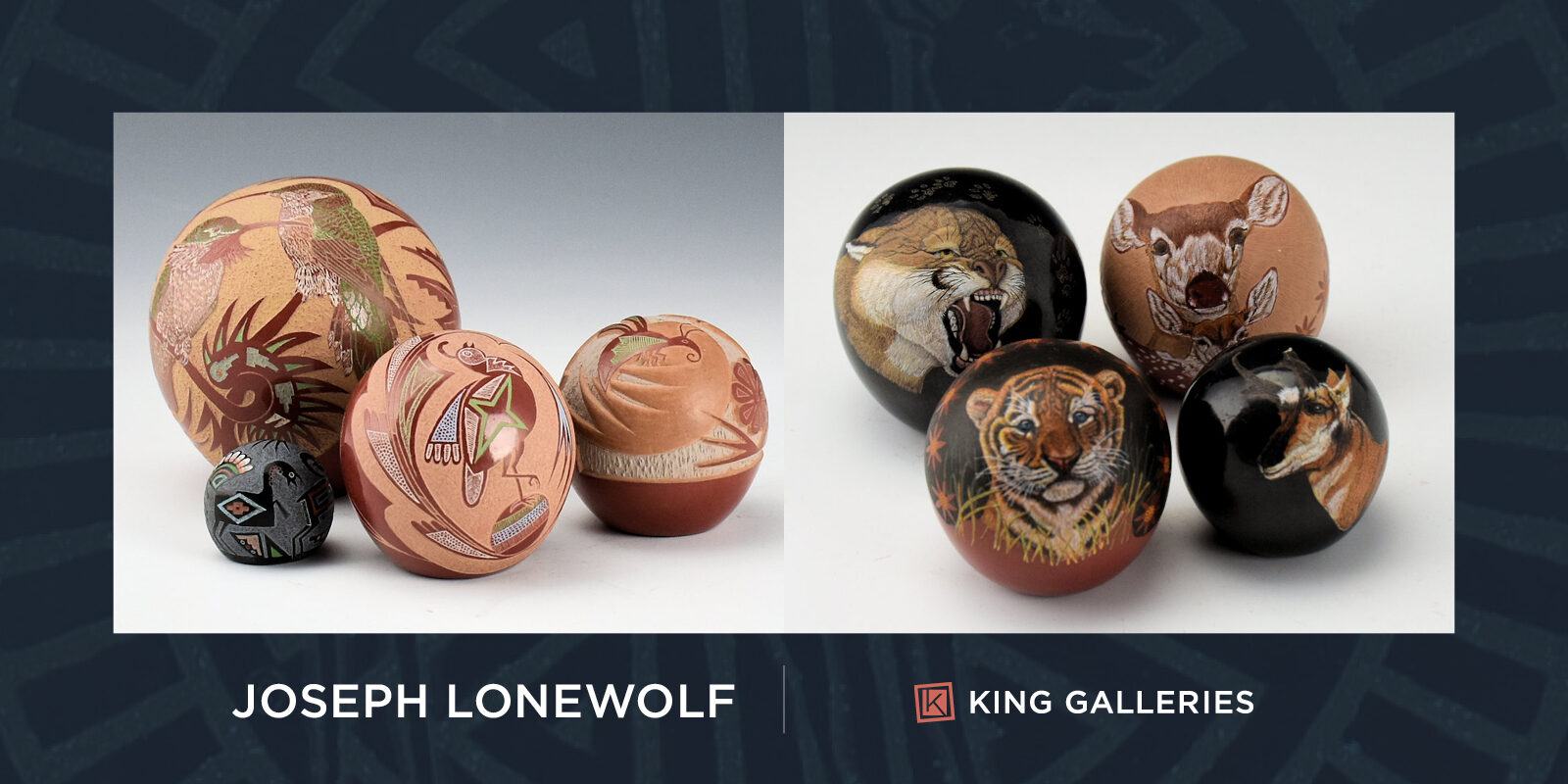 Joseph Lonewolf was a son of noted potters Camilio and Agapita Tafoya and the brother of Grace Medicine Flower. In the early 1970s, Joseph revolutionized the world of Santa Clara pottery by incorporating his sgraffito (lightly etching the surface of the clay) and incised (more deeply cut into the clay) designs in his work.

When Joseph and his family gather clay, they do it with the utmost respect. Before the clay can be taken from Mother Earth, they must say a prayer, asking to take the clay and tell the clay mother that they will take her and make her into a beautiful pot. The clay is brought home, and water is added to turn the clay into a liquid form known as slip. The slip is then strained to take out any rocks or debris, and then the clay can be dried, kneaded, and used.

Joseph was awarded numerous awards throughout his career, and his work can be found in museums worldwide. He has been featured in multiple books, including “The Art of Clay.” He has received the prestigious New Mexico Governor’s Award for Excellence in the Arts in 2009 and the SWAIA Lifetime Achievement Award.