Anita Lowden was a daughter of Jesse Garcia and a sister of Stella Shutiva. She was one of the earlier Acoma Pueblo potters to use Mimbres designs.   This bowl is painted with bee-weed (black). The design is a series of alternating mountain and rain designs.  They are painted in a vertical manner.  The imagery has a very modernist style with a strong focus on geometric shapes.  We see very little of her pottery, as she passed away in 1970, just as the Acoma pottery revival was growing in excitement.  However, the work we have had of hers is always beautifully painted and thin-walled.  The bowl is in excellent condition with no chips, cracks, restoration, or repair.  It is signed on the bottom, “Anita Lowden”. 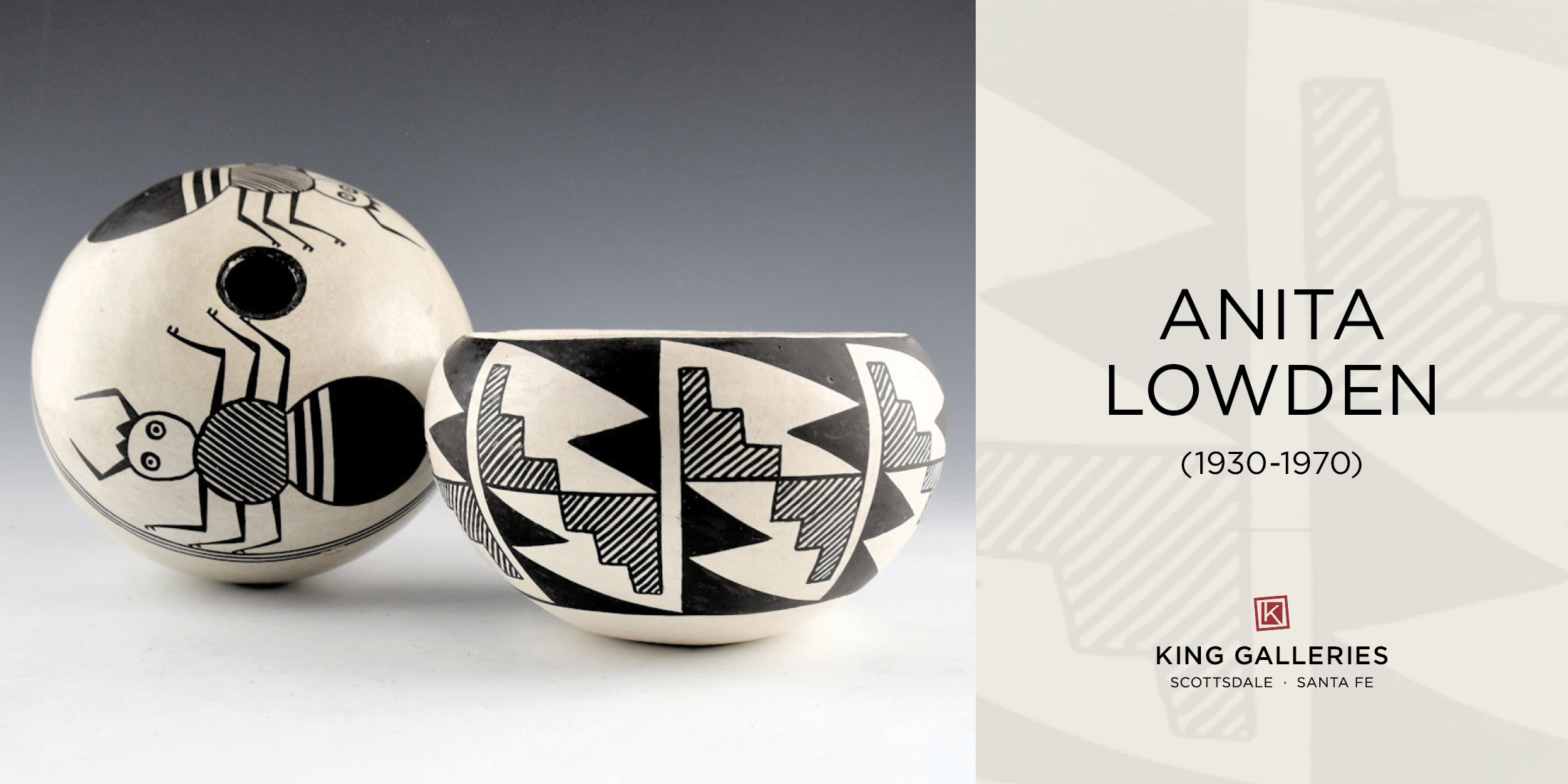 Anita Garcia Lowden was a daughter of Jessie Garcia and sister of Stella Shutiva. She was one of the earlier Acoma Pueblo potters to use Mimbres designs. She passed away at a relatively young age.  Her pottery was coil-built, painted with bee-weed (black) and clay slips, and traditionally fired. Much of her work was inspired in the revival of designs from Chaco Canyon, Mesa Verde, and other ancient locations.