Steve Lucas is one of the leading Hopi-Tewa potters working today.  Each piece is coil built, stone polished, painted with native clay slips and bee-weed (black) and traditionally fired.  Steve has won “Best of Show” at Santa Fe Indian Market and his work remains some of the most refined and creative.  This large jar is from 1995 and won a Second Place Ribbon at Santa Fe Indian Market.  The shape, with the wide shoulder and the short neck, is perfect for his design.  The design is an interesting deconstruction of Katsina faces.  There is a Longhair face a Chakwaina half-moon design.  The other patterns are various Hopi-Tewa eagle tail and rain designs.  The deep red is stone polished and it is a striking contrast to the black areas.  Note the very finely painted lines and the hatchwork designs.  These add to the overall impact of the jar. The piece was traditionally fired and has slight blushes on the surface.  It is signed on the bottom in the clay, “S. Lucas” and a mudhead (koyemsi) and an ear of corn (corn clan).  It is in very good condition with no chips, cracks, restoration or reapir. 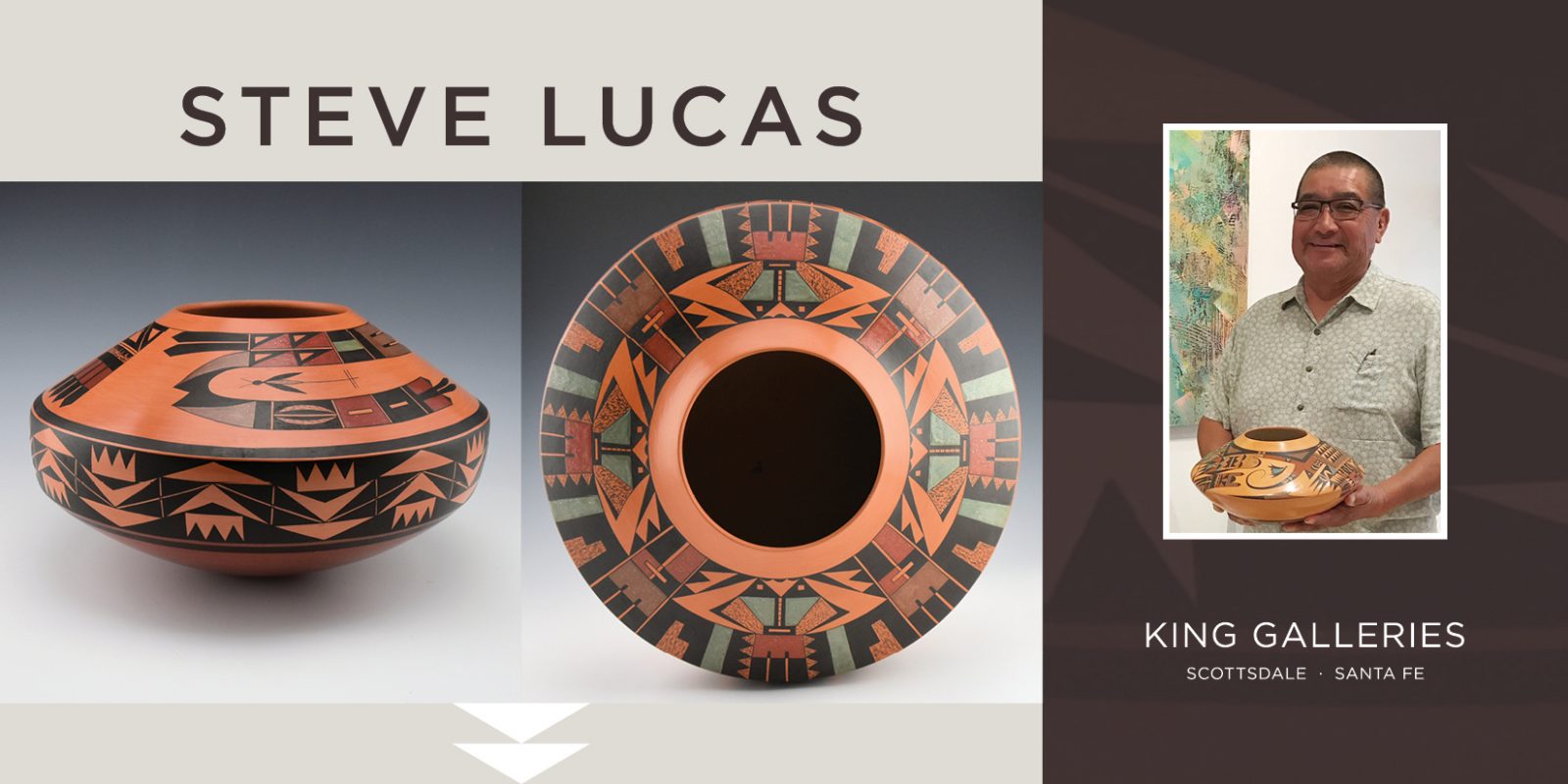 Steve Lucas (b.1955) is a great-great-grandson of Nampeyo of Hano. His grandmother was Rachel Nampeyo and his great-grandmother was Annie Healing. While Steve grew up around potters, he primarily learned the art from his aunt, Dextra Quotskuyva Nampeyo.  His pottery is amazingly thin-walled, and each piece has a dynamic use of form and design. The pottery is coil-built, stone-polished, traditionally painted, and native fired. Steve uses not only traditional designs but often gives his own creative spin to the ancient imagery. His pottery is signed with his name and the Mudhead symbol, or Koyemsi. This is reflective of his Hopi-Tewa clan.  Steve Lucas has won numerous awards for his pottery including "Best of Show" at Santa Fe Indian Market.  Steve is a featured artist in the book by the gallery owner, Charles S. King, 'Spoken Through Clay'.  We are pleased to carry Steve's work at both our Scottsdale and Santa Fe locations.