This is a classic Zia jar with a lid by Elizabeth Medina.  She is known for her traditional style of Zia pottery.  Each piece is coil built, painted with native clays, and native fired.  This jar is patined with four different colors of clay.  There are large Zia birds on either side.  The birds are different in design and color and above them are cloud, rain, and lightning designs.  Near the neck are polished red and tan areas representing lightning.  Separating the birds are flowers below tan polished rainbows.  The top of the jar has a lid with a red polished base and a bear on top with a bird and flower as the design.  The jar signed on the side “Elizabeth Medina, Zia”. 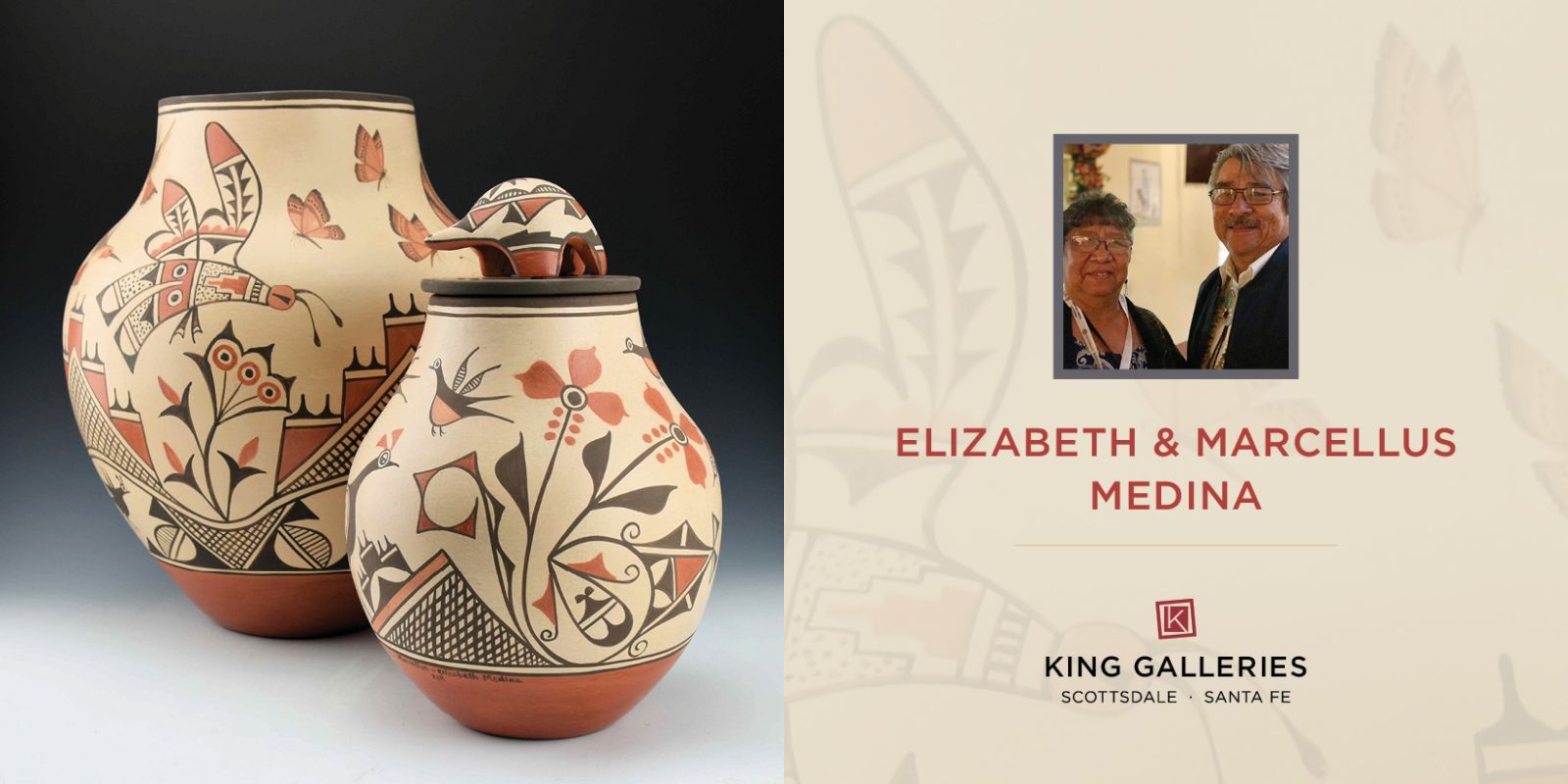 Elizabeth Medina (b. 1956) was born on Jemez Pueblo and married into the Zia Pueblo to Marcellus Medina (b. 1954).  Elizabeth was inspired by and taught to make pottery by her mother-in-law, Sophia Medina.  Elizabeth strives to design with the same style and enthusiasm as her mother-in-law. Early in her career, she was granted permission by the Zia Pueblo Elders to make pottery in the Zia style and tradition early and has made Zia style pottery most of her adult life. She continues today as one of the most accomplished Zia potters, continuing with the traditional styles, shapes, and methods.  Elizabeth has won numerous awards for her work at events such as Santa Fe Indian Market, and her pottery can be found in museums nationwide.