Sofia Medina was known for the traditional style of Zia pottery.  Each piece was coil built, painted with native clays and native fired.  This bowl is round in shape and painted with native clays. There are large plant, rain, and cloud designs encircling the bowl.  The red areas are stone polished and the bowl was traditionally fired.  The base of the bowl is polished red.  It is in very good condition with no chips, cracks, restoration, or repair.  It is signed on the side, “Sofia Medina”. 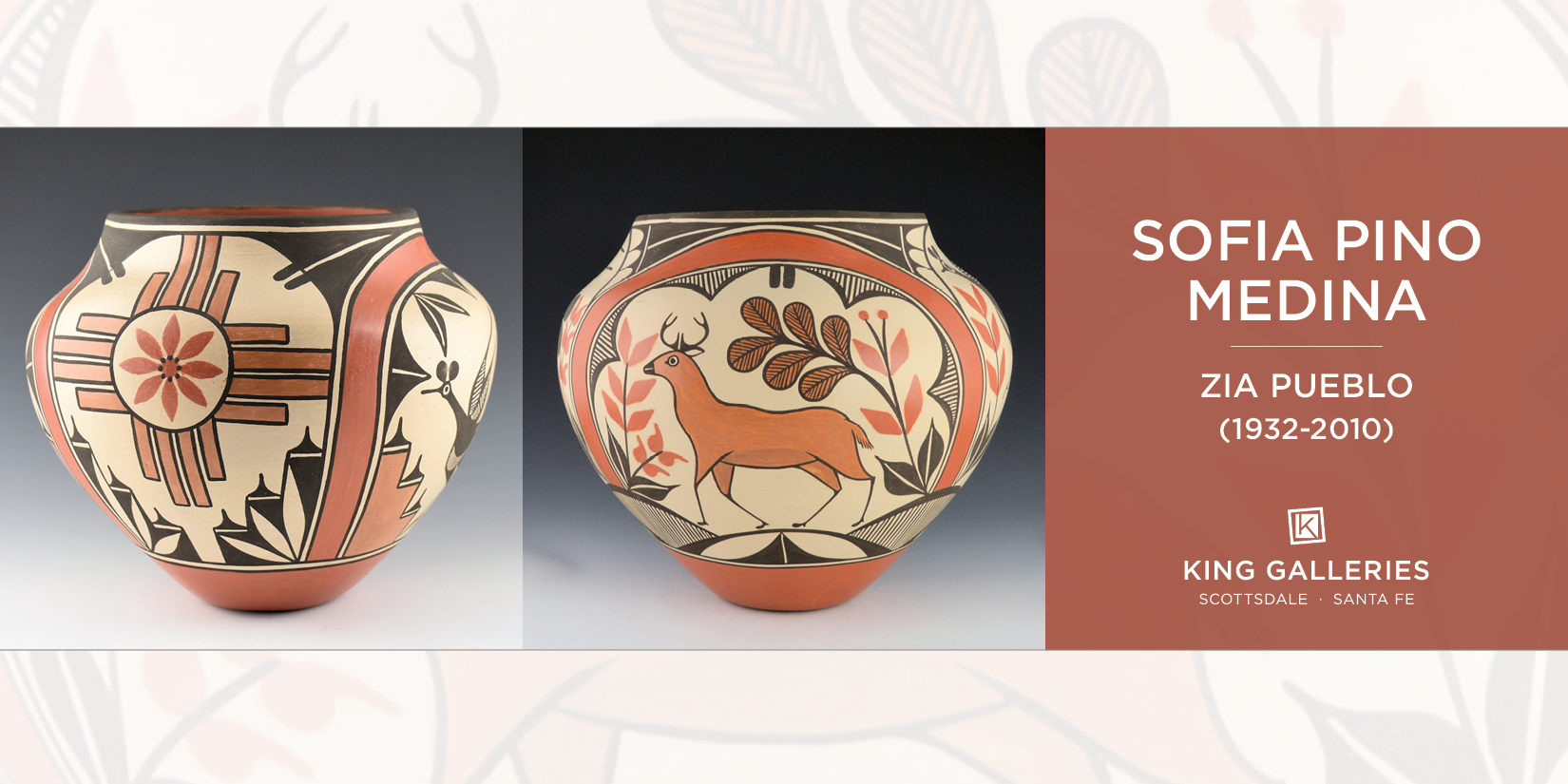