Jennifer Tafoya is known for her intricately etched pottery.  Each piece is coil built, stone polished and traditionally fired. The designs are etched into the clay and the additional clay colors are added.  This seedpot is highly polished.  Top entire top is fully designed with an Asian inspired eagle among the clouds and flowers.  Check out the realism of the eye and the detail int he feathers!  Jennifer creatively colors the clouds in a swirling manner to give them added depth.  The edge of the seedpot has traditional Santa Clara cloud and mountain designs.  The bottom sides have very lightly etched maple leaves encircling the piece.  With all the detail, she then adds the color after the entire piece is etched. It is a time-consuming process but is certainly the key to her amazing designs! The seedpot size gives the piece an overall more dramatic impact with the fully designed surface.   All the various colors are derived from natural clay slips.  The piece is signed on the bottom in the clay, “Jennifer Tafoya”.  Jennifer continues to be one of the leading innovative potters working today!

Jennifer has said of her pottery:

“In some respects, I’m a traditional potter, in how I gather the clay. I go to the same pits as my father.  Some of the shapes I make are traditional.  I polish the same way using a stone and fired the same way, outdoors with mature, pine slabs, and cedar. The thing that is contemporary about my pottery are my designs and the colors.”  Jennifer Tafoya, Spoken Through Clay 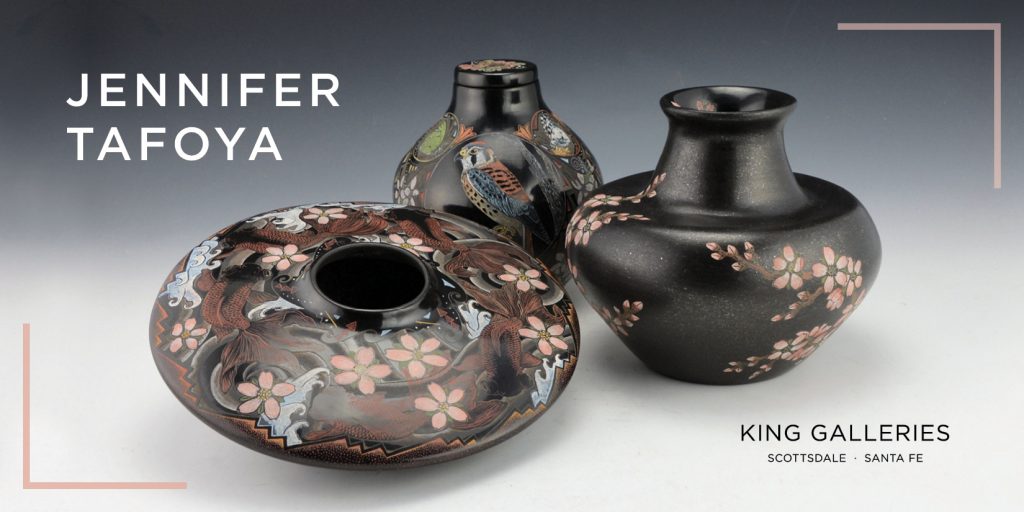 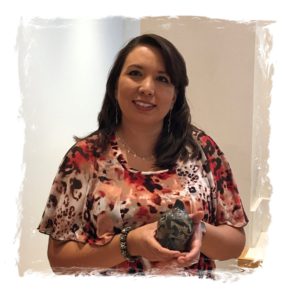 Jennifer Tafoya (Moquino) is a daughter of Ray and Emily Tafoya. The use of realism in their imagery has revitalized the style of sgraffito pottery originated by Joseph Lonewolf in the 1970s. Jennifer has won numerous awards for her pottery and is featured in books such as "Talking with the Clay," "Crafted to Perfection" and "Breaking the Mold." Jennifer has also been featured in recent magazine articles in "Native Peoples Magazine" and "Southwest Art Magazine" and won "Best of Pottery" for a collaborative jar at the 2013 Heard Indian Market Guild.  She has continued to be an award-winning potter at Santa Fe Indian Market and the Heard Indian Market.  Jennifer uses the Native American traditional methods, of hand-coiled pottery, then shaping, polishing, and traditionally fired before applying scraffito.  She then paints natural ore colors and slips to her designs.  She collects and processes all of her pottery materials from natural sources.