Elva Tewaguna Namepyo was a daughter of Fannie Nampeyo, a granddaughter of the Nampeyo of Hano, and a sister of Iris and Tonita Nampeyo and Thomas Polacca.  Her pottery was coil built, stone polished, and painted with bee-weed and natural clay slips. This jar is a larger piece of her pottery.  The design is a series of five moths above the shoulder of the piece.  Separating them are sections with the three-pointed structures representing the three Hopi mesas.  The area below the shoulder is painted with cloud, rain, and corn designs.  The jar was traditionally fired to create the blushes on the surface.  It is signed on the, “Elva Nampeyo” with Corn for Corn Clan.  It is in very good condition with no chips, cracks, restoration or repair.  Her daughter Adelle Nampeyo continues in the same family tradition. 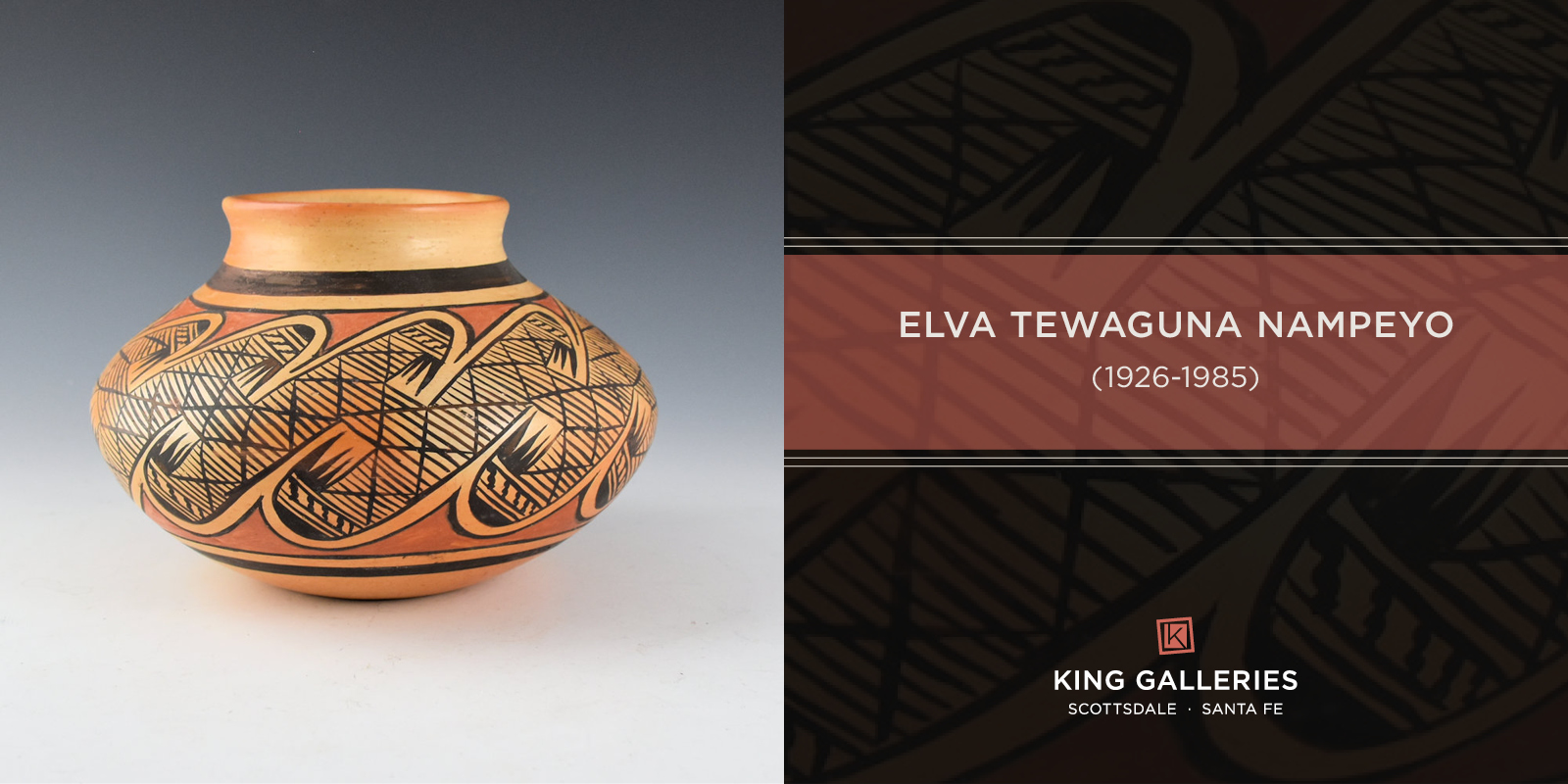 Elva Nampeyo was born in the Corn Clan house where her grandmother Nampeyo of Hano lived, in First Mesa at Hopi.  She was a daughter of Fannie Nampeyo and Vinton Polacca.  As a child she watched her grandmother make pottery and when she was 11 her mother taught her to make pottery.

Elva became an expert at decorating and painting pottery. Her husband, Richard Tewaguna, never became involved in her pottery making. She specialized in black and red on yellow bowls and jars with traditional migration designs and eagle motifs. Her pieces most often resembled the works of her mother and grandmother. On occasion she could be persuaded to break from tradition and try some designs of her own invention.   During her later years when she was no longer able to finish her work, her daughter Adelle would polish, decorate and fire the pottery for her. Elva signed her pottery as “Elva Nampeyo” followed by the corn clan symbol which was initiated by her mother Fannie.

Elva had five children of which four are potters including Neva, Elton, Miriam and Adelle. All sign their work with their first names followed by “Nampeyo” and an ear of corn.