Iris Nampeyo was famous for her pottery with the corn in relief.  This jar is unusual as it is slipped with a “mauve” colored clay.  It is an interesting story about the color, as Iris found this mauve colored clay in the early 1990s and began to use it as a slip to polish her pottery.  What’s interesting is that other potters (Mark Tahbo and Jake Koopee) also found some of the mauve-colored clay, but they were never able to polish it and have it retain its coloration.  To this day, Iris is the only Hopi-Tewa potter to have found a polish-able form of the mauve clay.  However, Al Qoyawayma, who is Hopi, also has a mauve colored clay which he uses on his work which can be stone polished as well.  For Iris, the result, as in this jar, is an unusual and striking coloration.  While it has a more purple hue, she always called it “mauve”.  Iris began using the corn in relief on the surface of her pottery in the early 1980s. The corn is symbolic of being part of the Corn Clan.  The surface of the bowl is stone polished and the corn on the front is in applique relief.  The husk of the corn is sharp and the matte area extends around to the base of the jar.  The matte areas are in contrast to the remainder of the piece which is polished.  The opening is asymmetrical which is in keeping with the organic style of the form.  There are simplicity and elegance in her pottery.  Iris passed away but her vessels remain classic.  This piece is signed on the bottom in the clay and it is in excellent condition with no chips, cracks, restoration, or repair. 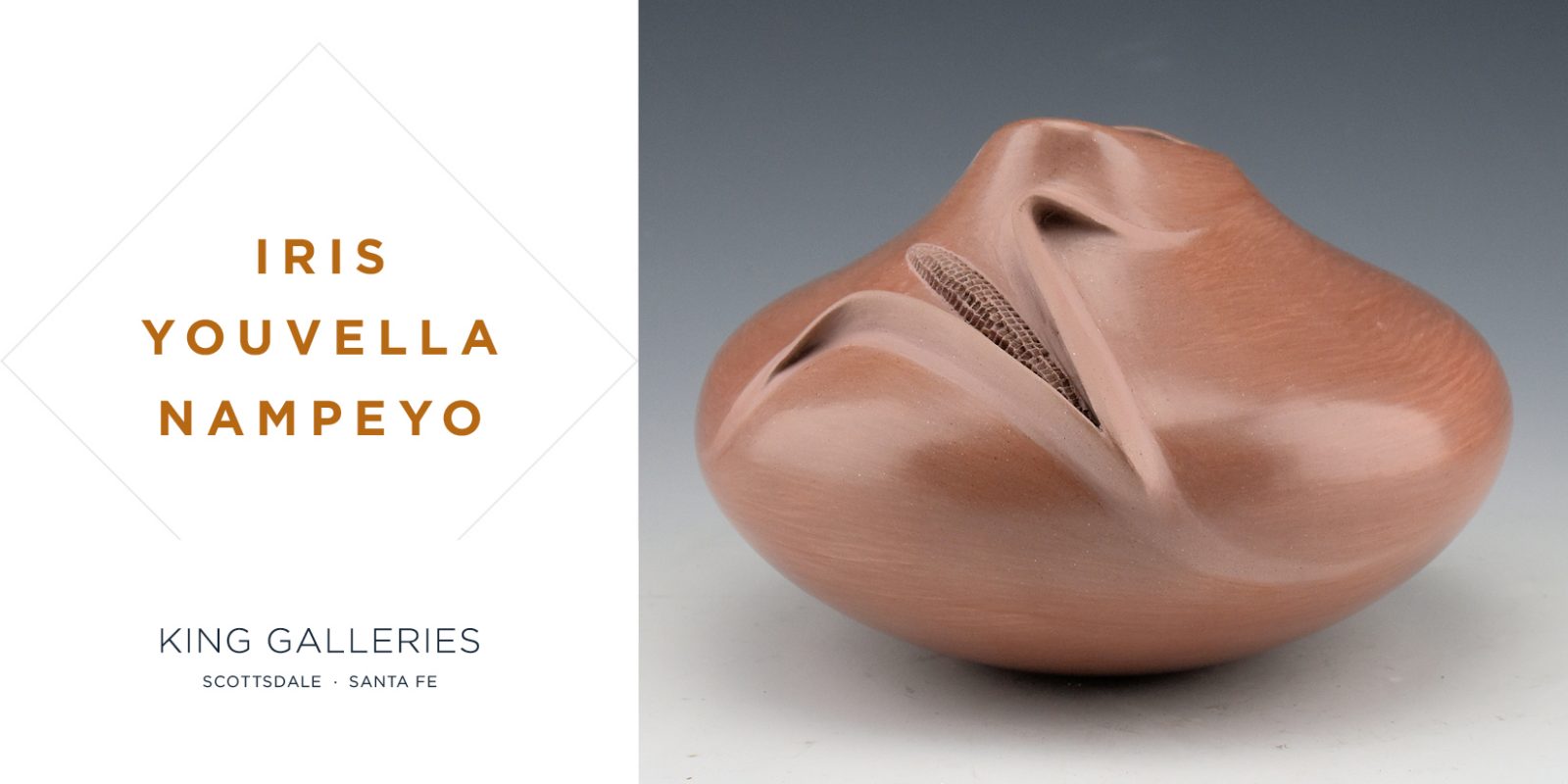 Iris Yovella Nampeyo was a Hopi-Tewa potter and member of the Corn Clan.  She came from a family of talented potters, including her siblings: Tonita Nampeyo, Tom Polacca, Elva Nampeyo, and Leah Garcia Nampeyo. Iris was a granddaughter of Nampeyo of Hano and the daughter of Fannie Nampeyo. She was married to Wallace Youvella Jr and had three talented children who create pottery, Nolan, Charlene, and Doran.  Iris is best known for her buff-colored pottery with the single ear of corn as the design.  Her beautiful buff polish on Hopi clay colors, combined with the graceful lines of cornhusks, is a sign of her clan ties.  The openings on her pottery also reflect the asymmetry of lines and shape of the pot.  We are sad to hear of her passing in September 2018, but her pottery remains a classic.