This is a large round bowl by Christina Naranjo and her daughter, Mary Cain.  The bowl is coil built and was made by Christina.  It was carved by Mary Cain.  The design is an avanyu (water serpent) encircles the bowl.  It is deeply carved and has a flowing design.  Note the clouds extending down in the negative space from the rim.  It is not often that we see their collaborative pieces!  The jar is signed on the bottom in the clay, “Christina Naranjo + Mary Cain”. The bowl is in very good condition with no chips, cracks, restoration or repair. 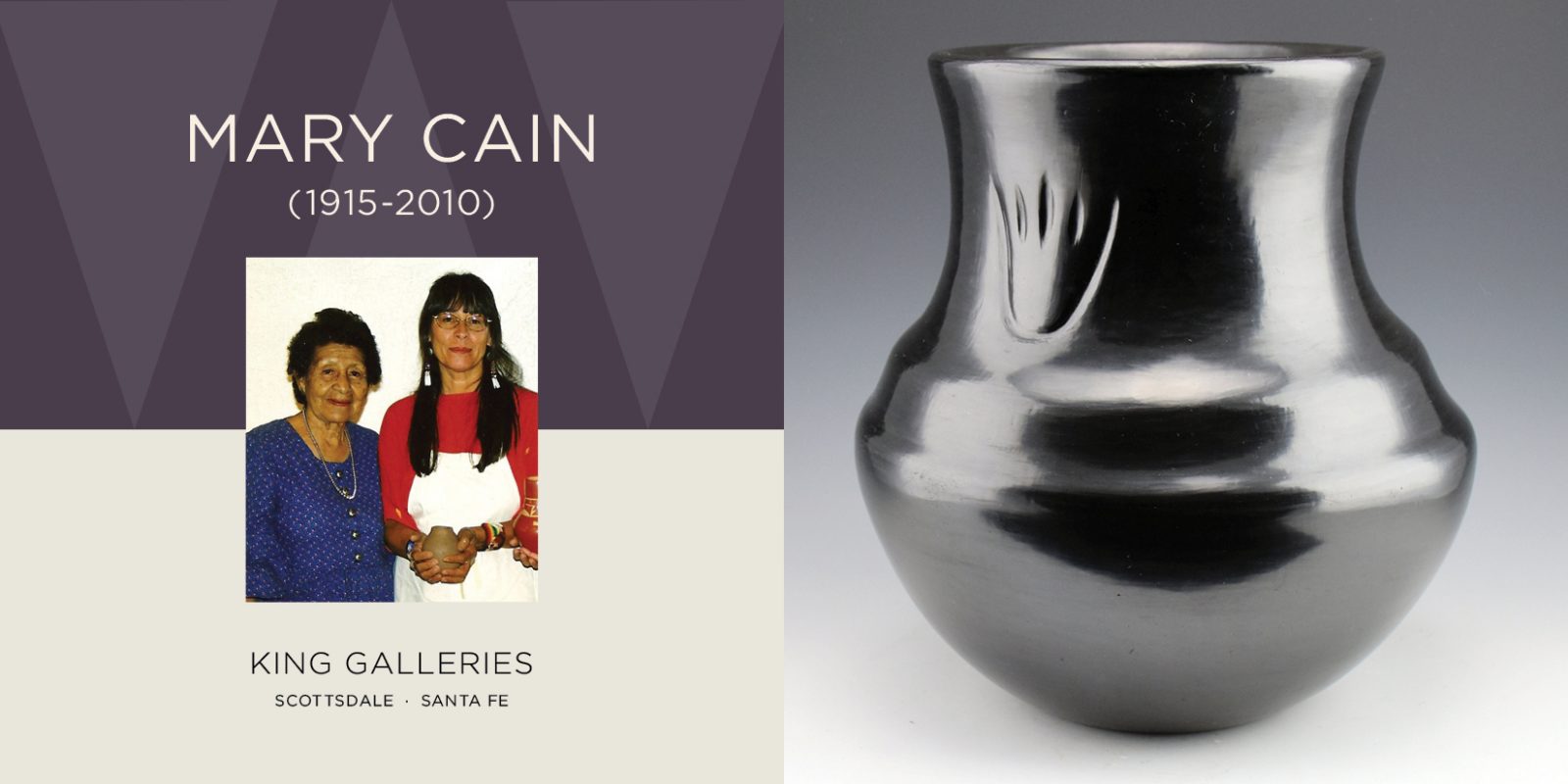 Mary Cain was a daughter of noted potter Christina Naranjo, and grand-daughter of SaraFina Tafoya.  Mary was an innovator and pottery matriarch in her own right, as she began a family of renown Santa Clara potters, including daughters, Tina Diaz, Joy Cain, Linda Cain, sons Billy Cain, and Doug Cain, and granddaughters Tammy Garcia and Autumn Borts-Medlock. Mary was known for her deeply carved pottery surfaces with a high polish finish on the pottery. Mary used the Santa Clara Pueblo traditional methods of hand coil construction of the pot, and shaping and sanding to smooth form on the pot, then applying a fine slip coat and polishing with a stone to a high sheen.  She fired traditionally in an open fire for red pottery, and manure application to apply the smoke for a black finish. 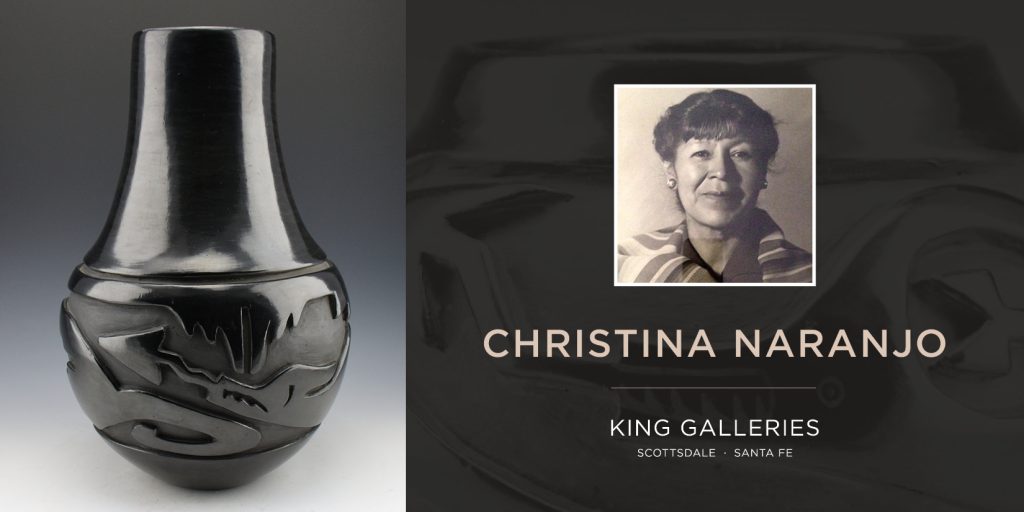 Christina Naranjo was a daughter of Sara Fina Tafoya and Geronimo Tafoya, and a sister of Margaret Tafoya and Camilio Tafoya. She was the matriarch of a family of renowned potters including daughters Mary Cain, Teresita Naranjo, and great-granddaughters Tammy Garcia and Autumn Borts-Medlock. Christina's pottery can be found in museums nationwide and in books such as "7 Families in Pueblo Pottery." Christina used the Santa Clara traditonal methods of hand coliled pottery, shaped, sanded and stone polished to a high sheen, then fired in a open fire, and utilizing manure tor the final process for her black pottery.  Many of Christina's pots are deep carved with various patterns but often reflecting the Avanyu designed and carved very deeply around the bowl.