This classic water jar by Jody Naranjo is from 1995.  It is polished to below the shoulder.  The neck it etched with rainclouds.  Around the shoulder are polished dancers holding hands and “singing in the rain”.  Near the base it is matte and there are lightning designs. The jar is fired brown in coloration.  It is signed on the bottom in the clay, “Jody”. It is in excellent condition with no chips, cracks, restoration or repair. 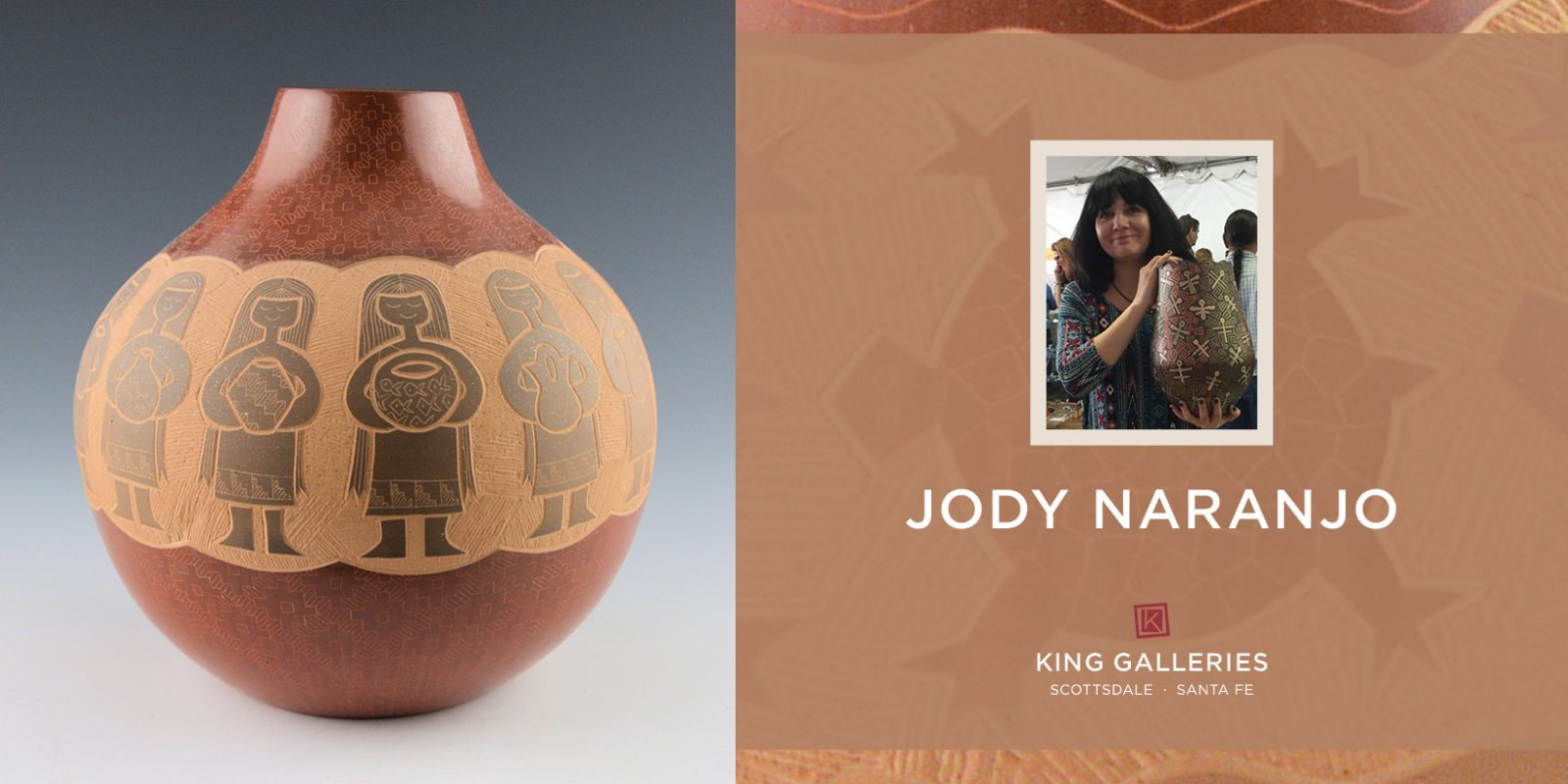 Jody Naranjo comes from a family full of renowned artists and potters, including her mother, Dolly Naranjo, aunts Jody Folwell, Nora Naranjo-Morse, and Rina Swentzell. She has won numerous major awards for her pottery, including "Best of Pottery" at Santa Fe Indian Market and "Best of Show" at the Eiteljorg Museum Indian Market, in addition to a variety of other blue-ribbon prizes. In addition, her pottery has been featured in numerous books, and it is in the permanent collection of museums worldwide.