These are classic candlestick by Teresita Naranjo.  Teresita was a daughter of Christina Naranjo and know for her deeply carved pottery.   Each piece was coil built, carved, stone polished, and traditionally fired.  Each candlestick is in the shape of a mocassin at the base and twisted up to the top.  They each have a handle and are fully polished.  They are from the 1960s. They are a pair but only one is signed, “Teresita Naranjo”.  One is in very good condition with no chips, cracks, restoration, or repair. The other (the signed one) has some slip cracks on the top and side.  However, they still make a great pair!

“Candlestick holders were created in clay at the various Pueblos by at least the 1920s.  They were a folk art/functional form that was made for tourists, much like the “cigarette boxes” or ashtrays.  Most of the candlestick holders were made to be used.  Today, we may dismiss them for their craft and utilitarian form.  However, we should also keep in mind the technical skill required to make them.  The candlesticks from Santa Clara or San Ildefonso are made from native clay and most are fully polished.  They are typically traditionally fired a deep black coloration so that they never discolor from smoke or flame.  There is always a risk to traditionally firing something that is solid clay. Since so many candlesticks were used, they have not always remained in the best condition over the years.  Finding pieces from the 1920s to the 1970s that have survived intact is a rarity.  Today, few potters continue to make them but it is exciting when they continue this uniquely Pueblo variation of a most functional form.”  Charles S. King 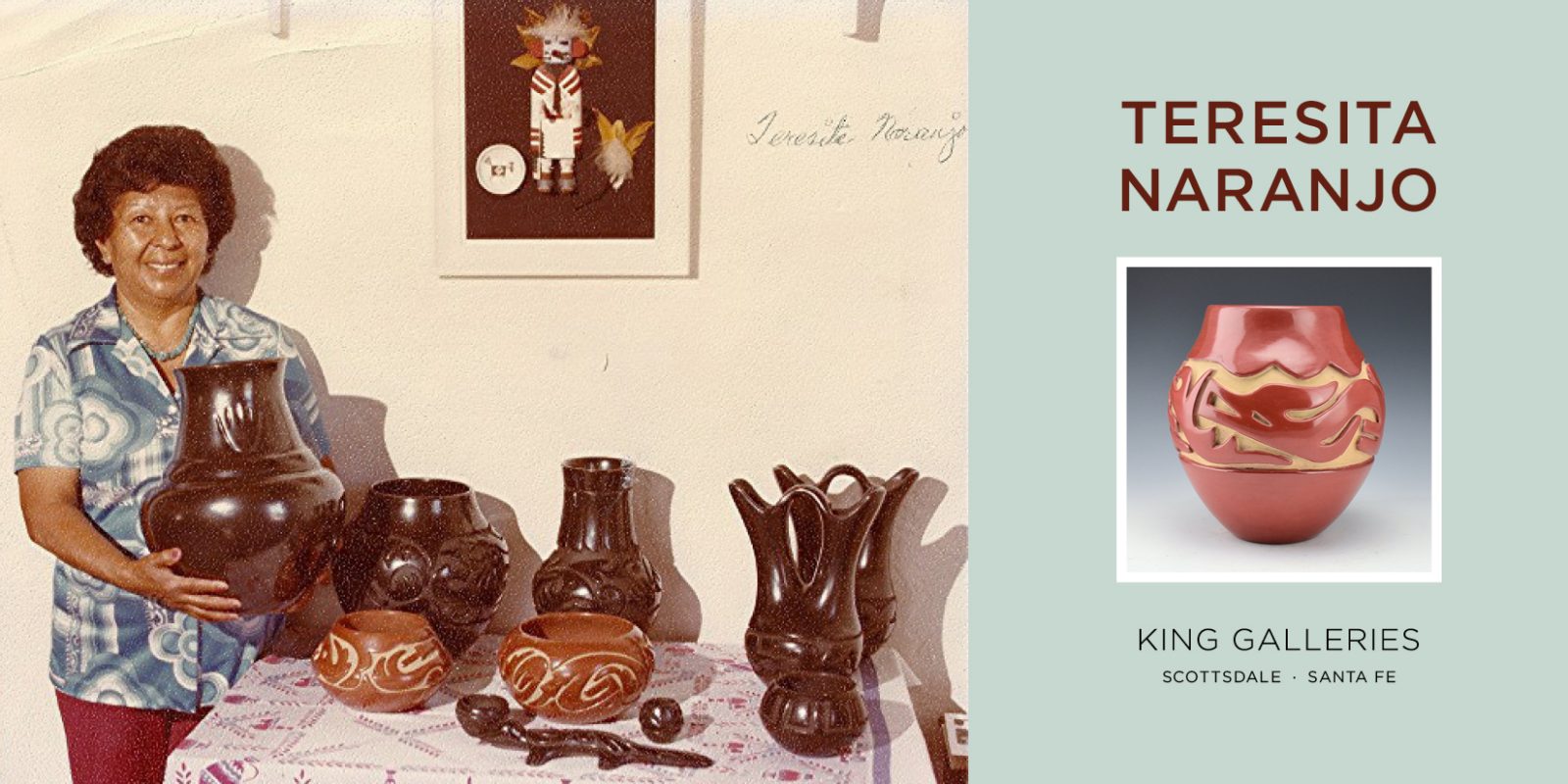 Teresita Naranjo was a daughter of Christina Naranjo, a sister of Mary Cain and the great-aunt to Autumn Borts and Tammy Garcia. Her pottery can be found in the permanent collection of museums nationwide including The National Museum of the American Indian, the Denver Art Museum and the Heard. Teresita Naranjo holds a place of historic significance in Santa Clara pottery, as she is considered the first to carve outside the linear band designs for her imagery. Her carving was always deep and crisp, and the designs seem to flow gracefully around the surface.