Eunice “Fawn” Navasie was a daughter-in-law of Paqua Naha and a sister-in-law of Joy “Frogwoman” Navasie.  This is a classic piece of her pottery from the 1970s using various colors of clay and bee-weed (black) for the bowl.  The interior of the bowl is slipped red.  The exterior is slipped with white clay and painted with bee-weed and two different clay slips.  It is a complex pattern of feathers, clouds, and rain.  The bowl was traditionally fired.  The bowl is signed “Fawn” and her Fawn hallmark, for which she was famous.  It is in excellent condition with no chips, cracks, restoration or repair. 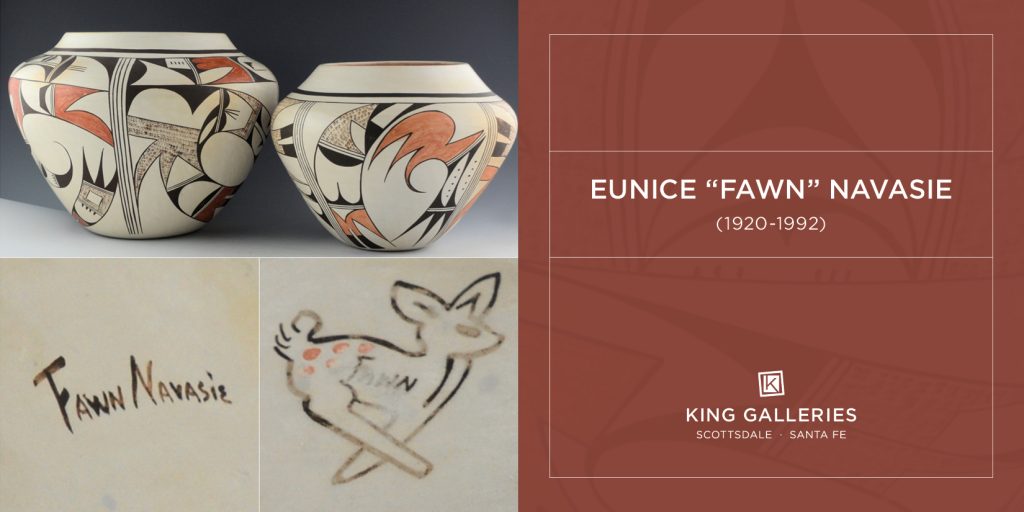