This smaller jar by Joy “Frog Woman” Navasie is one of her classic shapes.  The jar has straight sides and it is polished on the inside and the outside.  The jar is slipped with the white clay and then painted with natural clay slips and bee-weed (black).   The sides of the jar are very tightly painted in four panels.  It’s nice to see a smaller piece with such precision to the lines!  Two panels are birds and the other two are bird tail designs. The black painted with bee-weed (a plant) and the red is a deeper red clay she began to use in the 1980’s.  It has been traditionally fired so there are some variations in the coloration from white to almost a pinkish color.   The jar is signed on the bottom with her Frog Hallmark.  It is in excellent condition with no chips, cracks, restoration or repair. 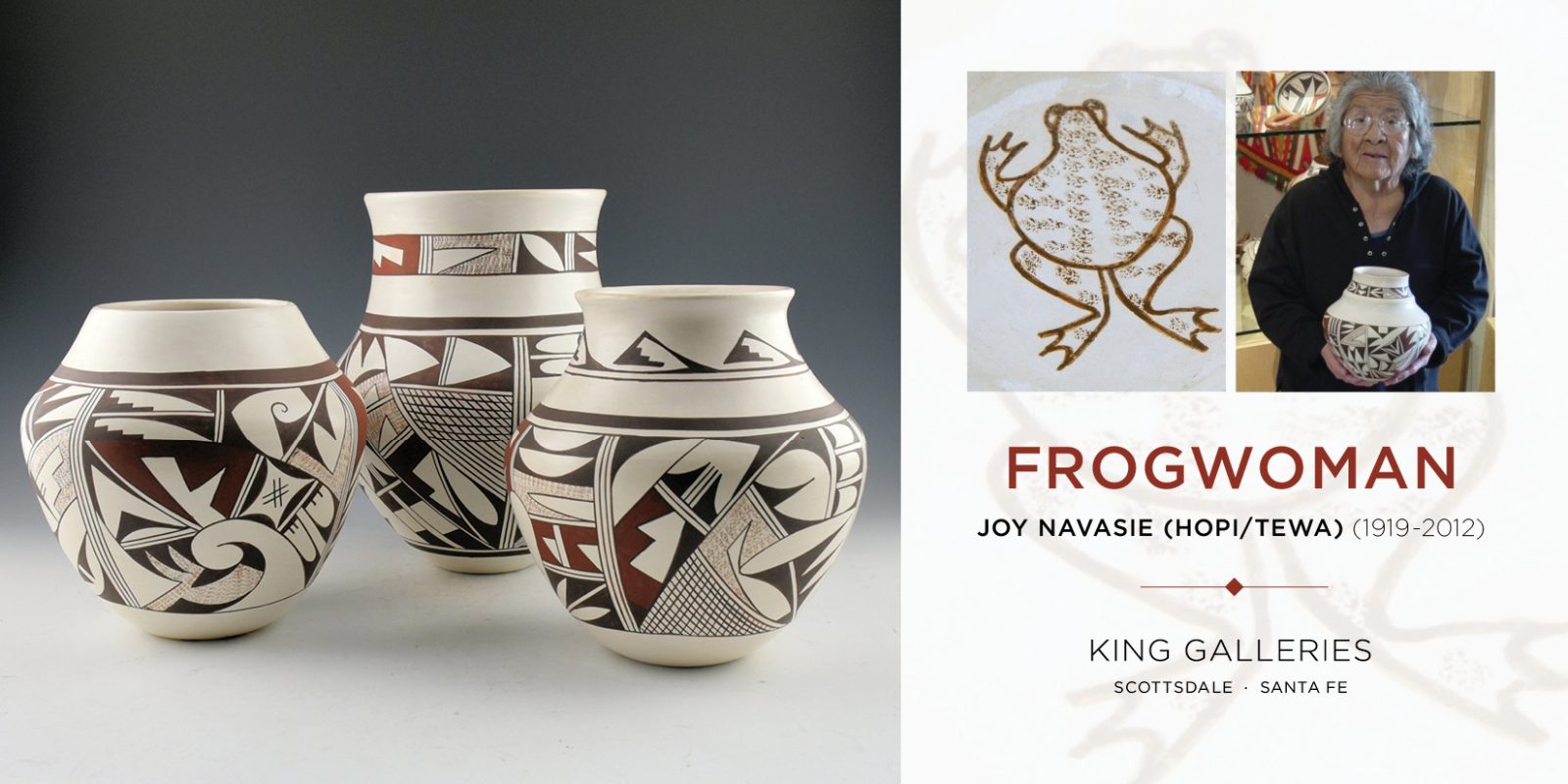 Joy Navasie was known for her white slipped pottery and classic use of design elements. She learned to make pottery from her mother, Paqua, who also used the white clay and signed with a frog as a hallmark. The white kaolin clay is a slip which is applied to the surface of the bowl and then black (bee-weed) and red clay slips are used for painting. Joy's pottery is iconic among the Hopi white slipped pottery and her work can be found in numerous books, museums worldwide and some spectacular pieces are featured in the 1974 Arizona Highways magazine.