Garnet Pavatea is one of the great names in Hopi-Tewa pottery.  She created traditional Hopi pottery but was most famous for her corrugated pieces.  This bowl is a classic example of her corrugated style.  The bowl has triangular corrugation around the top half of the piece.  There are eight rows of corrugation and note that each row is just a bit offset from the one above, creating a swirling appearance.  There’s a great story about how she created the triangular style of corrugation on her pottery.  She used a key style can opener with the triangular end, which she would impress into the clay to create the design. The idea of the corrugation on the surface comes from pre-historic pottery which was corrugated or created leaving the coils exposed.  One explanation of why they were made this way is that they heated up faster when used for cooking.   This bowl is fully polished on the inside and outside.  This bowl was made from red Hopi clay, which gives it a distinctive color.  It is signed on the bottom “Garnet Pavatea” and it is in very good condition with no chips, cracks, restoration, or repair. 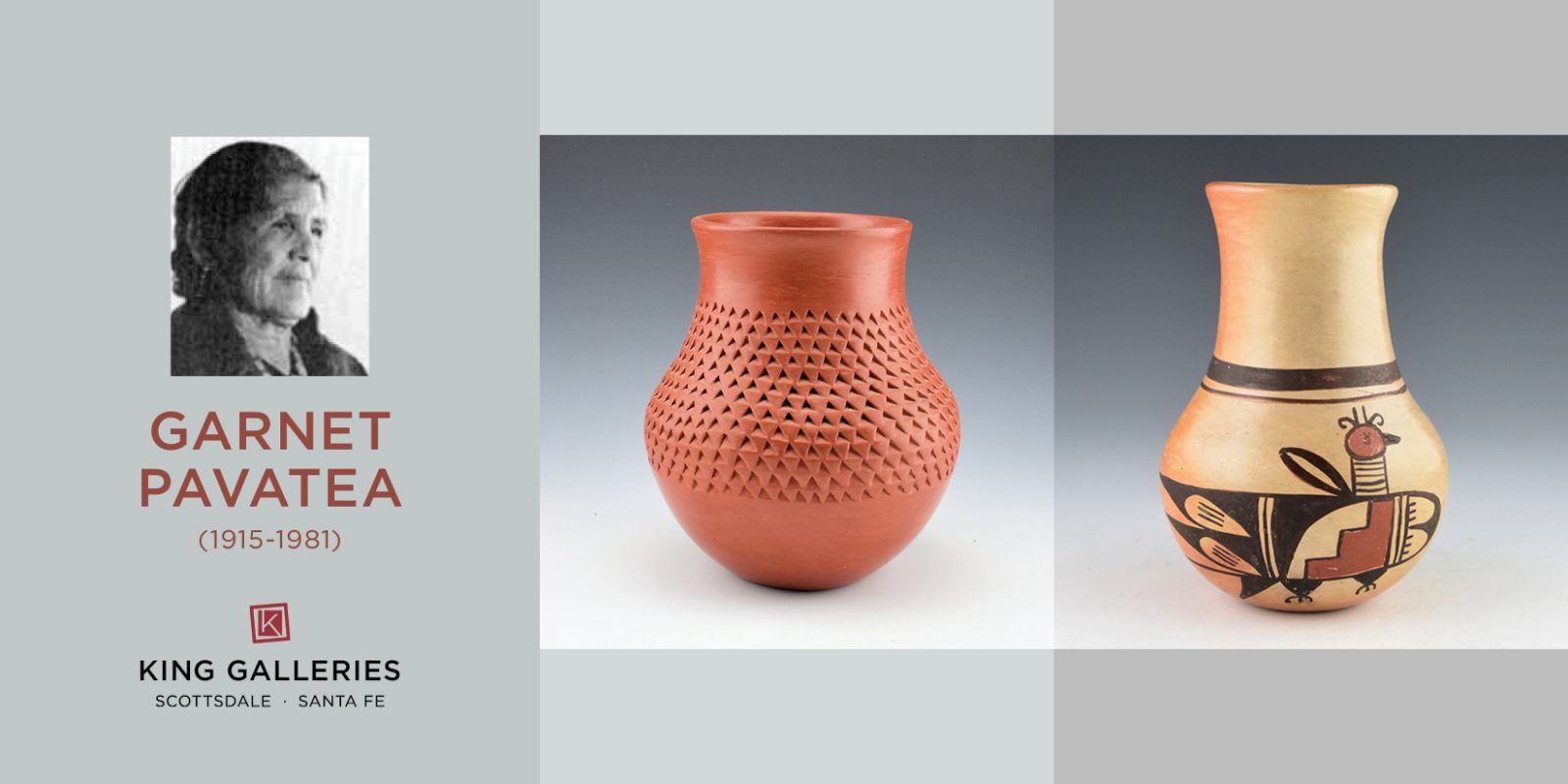 Garnet Pavatea began making pottery in the 1940s. Her sister, Myrtle Young was also well known for making pottery, as well as her niece, Kathleen Dewakuku. At Hopi, there are two kinds of clay. One fires red and the other fires out tan or orangish in color. Garnet was one of the few potters who excelled working with the red clay. Even today, few potters use red, as it is more difficult to polish and fire and have it come out with a consistent coloration. Her pottery is signed, “Garnet Pavatea”. Garnet’s work can be found in numerous books and in various museums around the country, including the Heard Museum and the Museum of Northern Arizona.