Dolorita Pino was known for her traditional style of Zia pottery.  Each piece was coil built, painted with native clays, and native fired.  This bowl has Zia clouds painted from the neck to near the base.  Separating them are flowers.  The red areas are stone polished.  Note that her style has flower petals without an outline but a complex design on the leaves and stalk.  The base is polished red.  The jar was traditionally fired. Did you know that Zia potters use basalt as their temper for the clay, which gives these pieces their stability but also weight?  The jar is in excellent condition with no chips, cracks, restoration, or repair.  It is signed on the bottom, “Dolorita Pino”. 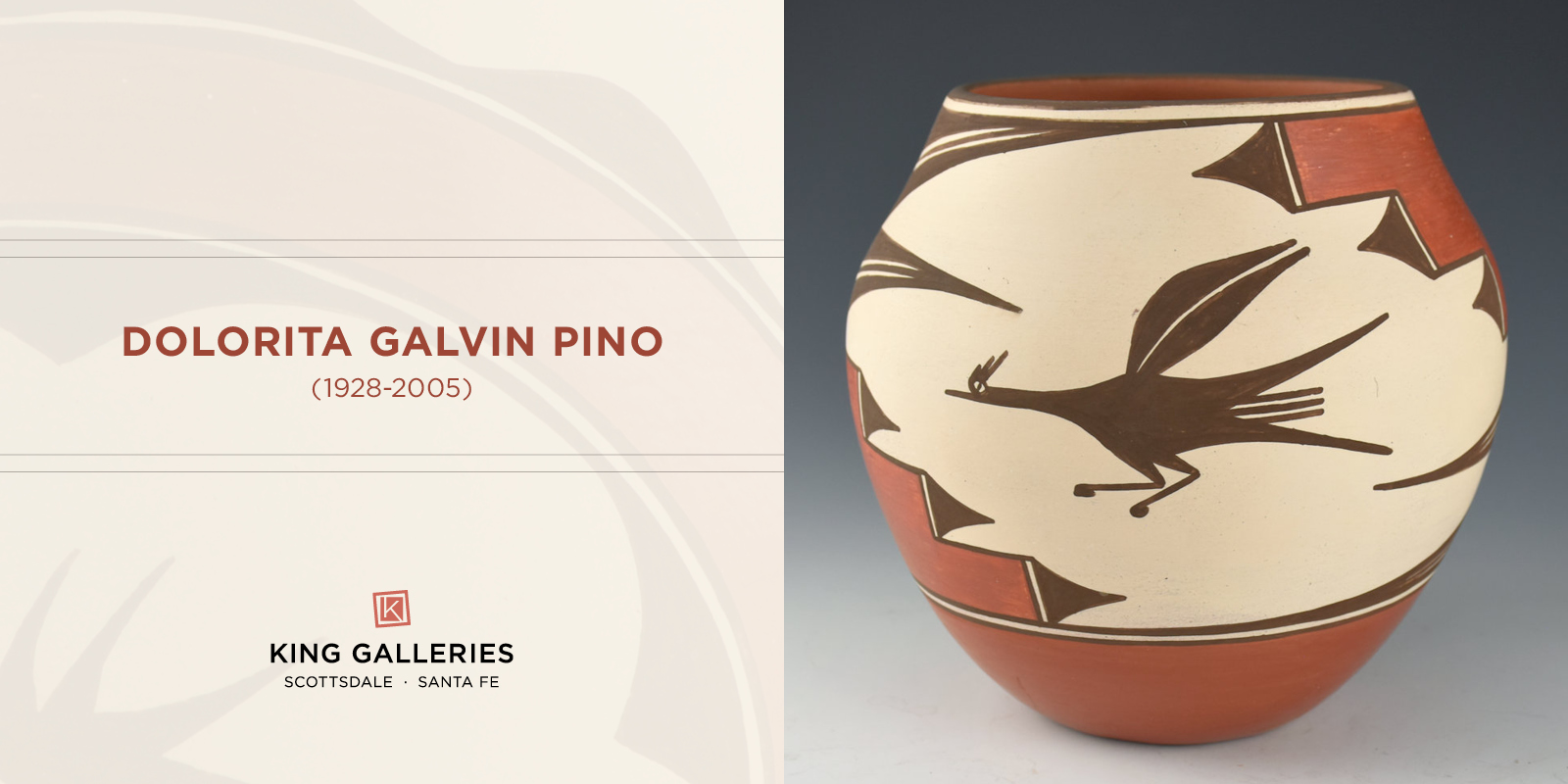 Dolorita Galvin Pino was a daughter of Asencion Herrera and Jose Galvan.  She was known for her traditional style of Zia pottery.  She was Tobacco Clan and began making pottery around 1941.  She learned from her mother and grandmother. She has passed her knowledge on to her children and grandchildren. Dolorita said she enjoys making pottery, because “it keeps me self-employed at home, and gives me a break from housework. These things are important.”