Red Starr (Sioux) was married to Santa Clara potter Harriet Tafoya and learned to make Santa Clara pottery.  This jar has a tall shape and it is polished red. There is a Kiowa Fancy Dancer on one side and a flower with a turquoise inset on the other.  It is in excellent condition with no chips, cracks, restoration, or repair.  It is signed on the bottom in the clay, “Red Starr”. 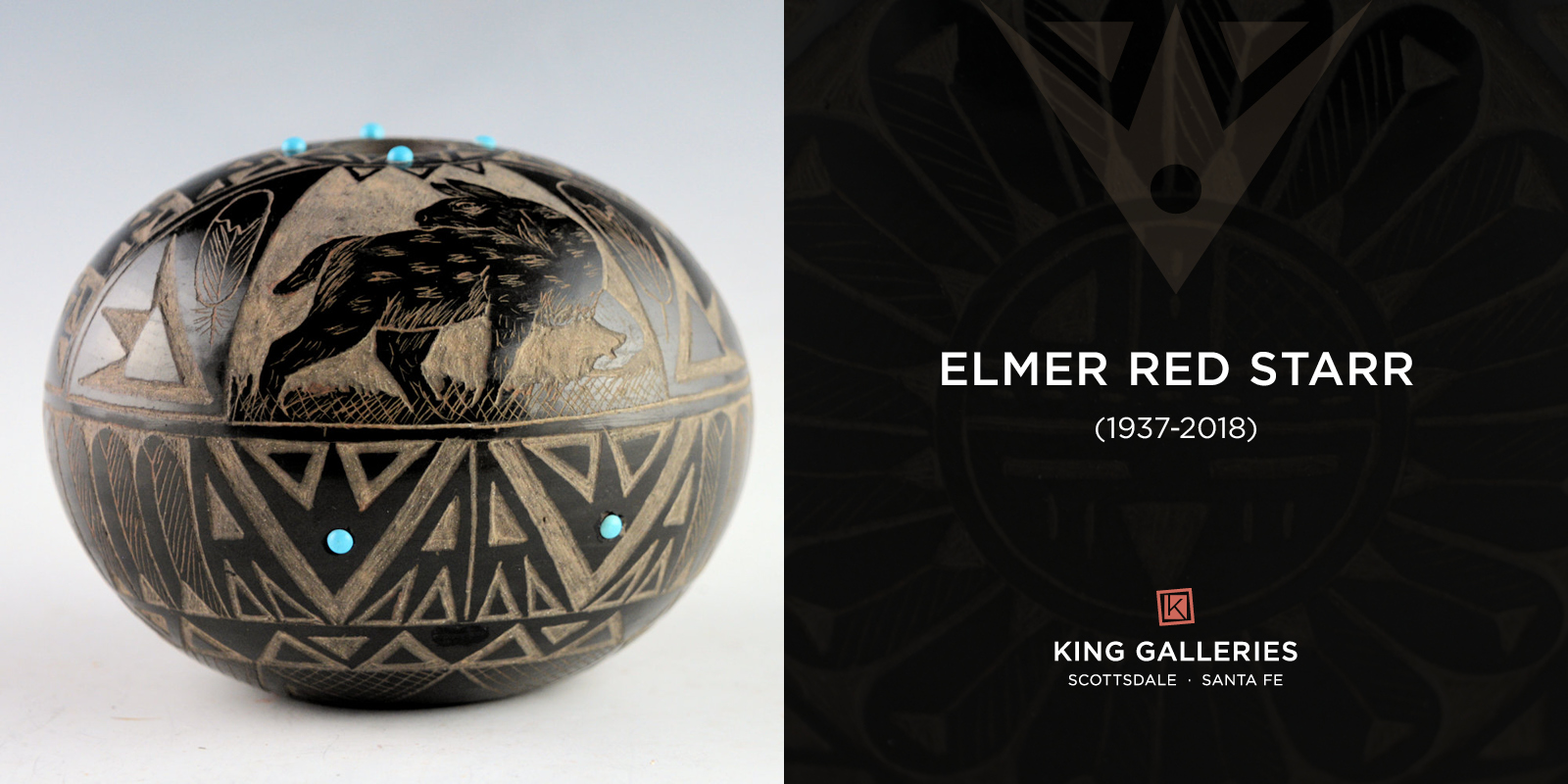 Elmer Red Starr (1937-2018) was a Sioux potter who was married to Harriet Tafoya (a sister of Annie Baca) of Santa Clara Pueblo and learned to make pottery from her. Each piece of his pottery is highly polished and intricately incised, typically with animal motifs. He began making pottery in the 1980’s.