This is an exceptional lidded jar by Jeff Roller.  Jeff is a son of Toni Roller and a grandson of Margaret Tafoya.  He continues a family legacy of extraordinary traditional pottery.  This jar is coil built, stone polished and traditionally fired black.  However, the shape is what Jeff calls a “teardrop form” with narrow sides and a rounder base. The shape is also very much reminiscent of the mountain form. Jeff has carved a mountain design on each side with clouds and wind patterns above. Note the depth of the carving and its consistency throughout the piece.  Below the lid is a half-circle sun and the lid is carved with a traditional step cloud design.  Note how the carving on the sides continues up to the lid as if it is one piece!  The lid is perfectly fit to the jar which adds to the overall difficulty.  The piece is beautifully polished and fired.  It is signed on the bottom in the clay, “Jeff Roller” and dated 2018. 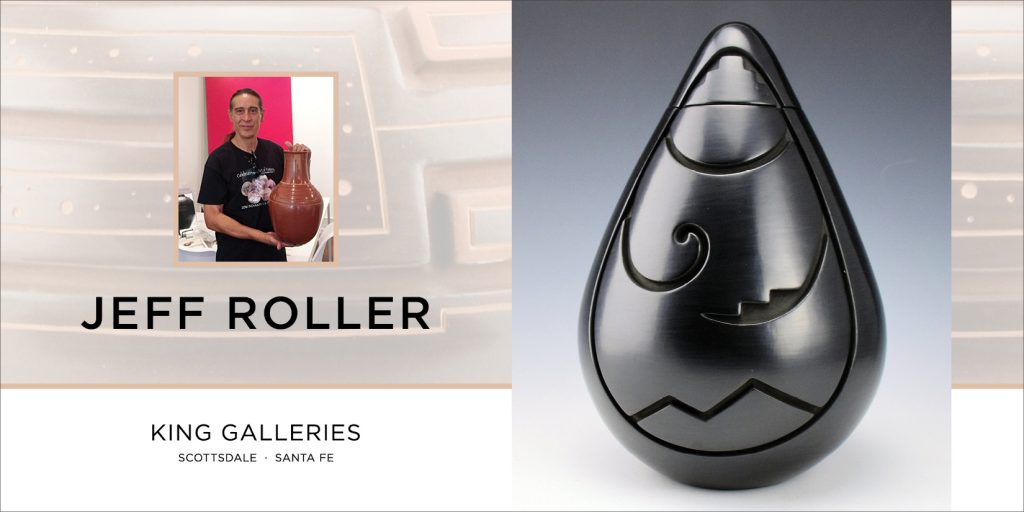