J. D. Roybal was a son of Tonita and Juan Cruz Roybal.  He was the brother of potter Margaret Lou Gutierrez.  His name in Tewa was Oquwa (Rain God).  He learned to paint from his uncle, Awa Tsireh.  He began painting in 1930 but was most productive from 1960-70.  This watercolor has two very detailed Big Horn Sheep or Ram dancers. In the background is the San Ildefonso Pueblo.  The painting is in its original frame.  It is signed on the lower right. 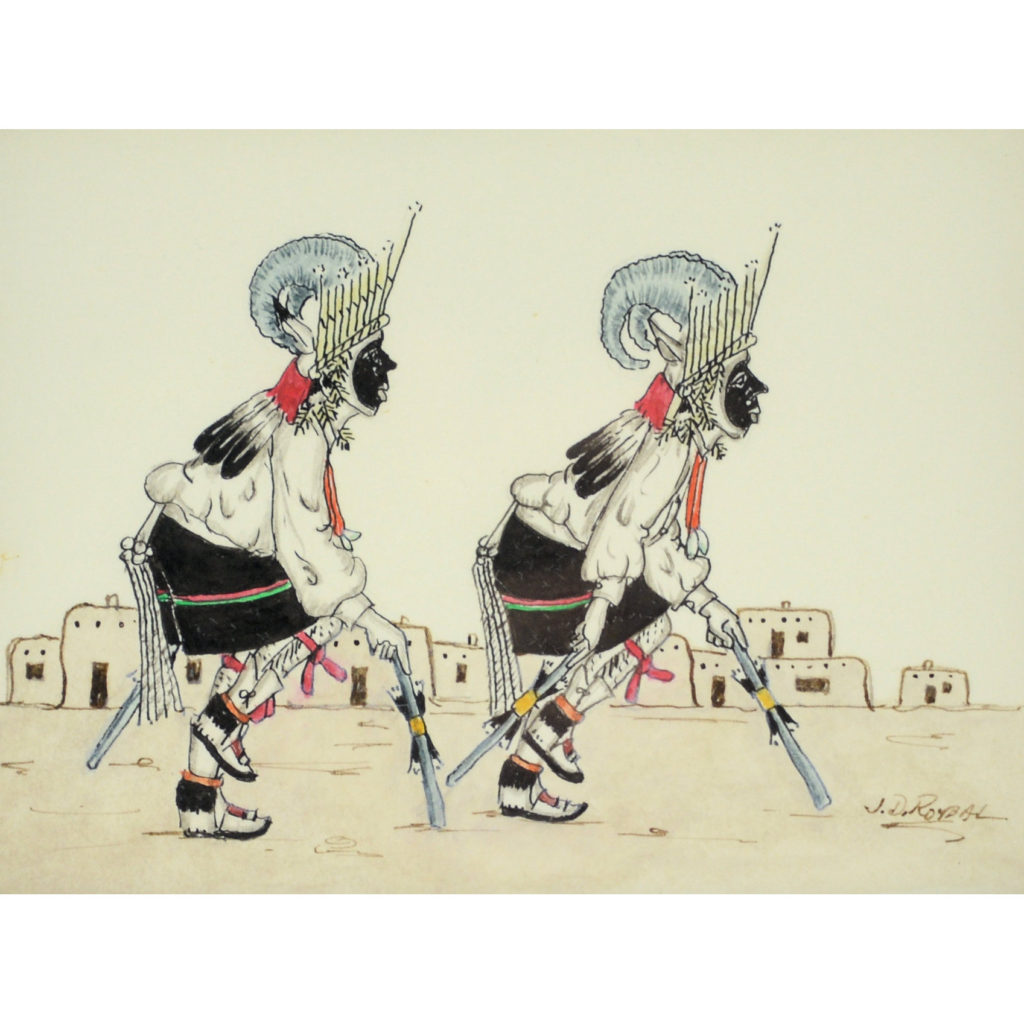 J.D. Roybal was a son of noted potters Tonita and Juan Cruz Roybal. He was the brother of Margaret Lou Gutierrez. His name in Tewa was Oquwa (Rain God). He was the nephew of famed painters Alfonso Roybal and Awa Tsireh. It was Awa Tsireh who taught him the traditional style of San Ildefonso Pueblo painting. J.D.’s paintings focused on dance ceremonies of the San Ildefonso, and were characterized by multiple figures (often including more than 50 dancers in a single painting). His most popular subject matter was his rendition of the Tewa Clowns known as Koshare or Koosa. He began painting in the 1930s but he was not very prolific until the 1950s. He was most productive in the 1960-1970 decade. J.D. Roybal used water-based paints throughout his career. His excellent detail in small paintings never went unnoticed. In his work there prevails fine color, excellent detail, small and fine outlines, gesturing figures, and conventional themes with realistic subjects.