This is a very traditionally inspired tile by Ida Sahmie.  It is “The Four Water Creatures”, which is a design often seen in sandpaintings and Navajo weavings.  Here, Ida has painted it on a stone polished tile using natural clay slips and bee-weed (a plant) for the black.  The four sacred plants are corn, beans, squash, and tobacco.  There are fully painted and polished designs.  The four sacred frogs are painted with four different colors of clay and separate the four plants. The tile was traditionally fired and it is signed on the back, “Ida Sahmie”.  She is a daughter-in-law of Priscilla Nampeyo and Ida continues to make beautifully formed pottery with wonderfully complex designs.  She has won numerous awards for her pottery at events such as Santa Fe Indian Market.  She is the only Navajo potter creating this unique style of ethnographic pottery.   The story of the Four Sacred Plants and the Dine people is as follows: 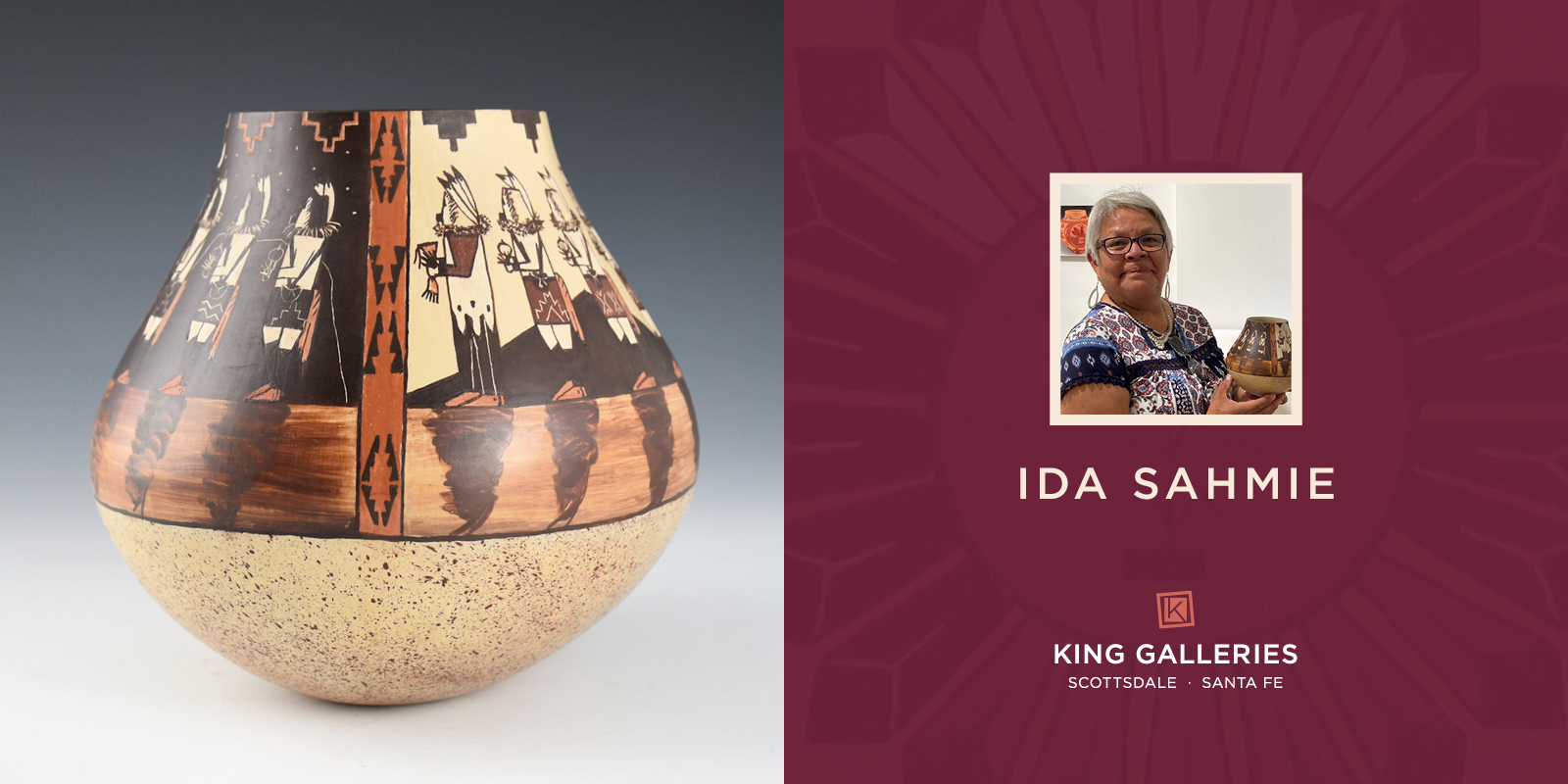