Cresencia Tafoya is the mother of noted potters Harriet Tafoya and Annie Baca. This is an exceptional piece of her red-on-red with a white outline.  The bowl is fully polished red and painted with an avanyu.  It was traditionally fired. The bowl is in excellent condition with no chips, cracks, restoration or repair.  It is signed on the bottom, “Cresencia”.  There is even the original tag of $15 on the bottom! 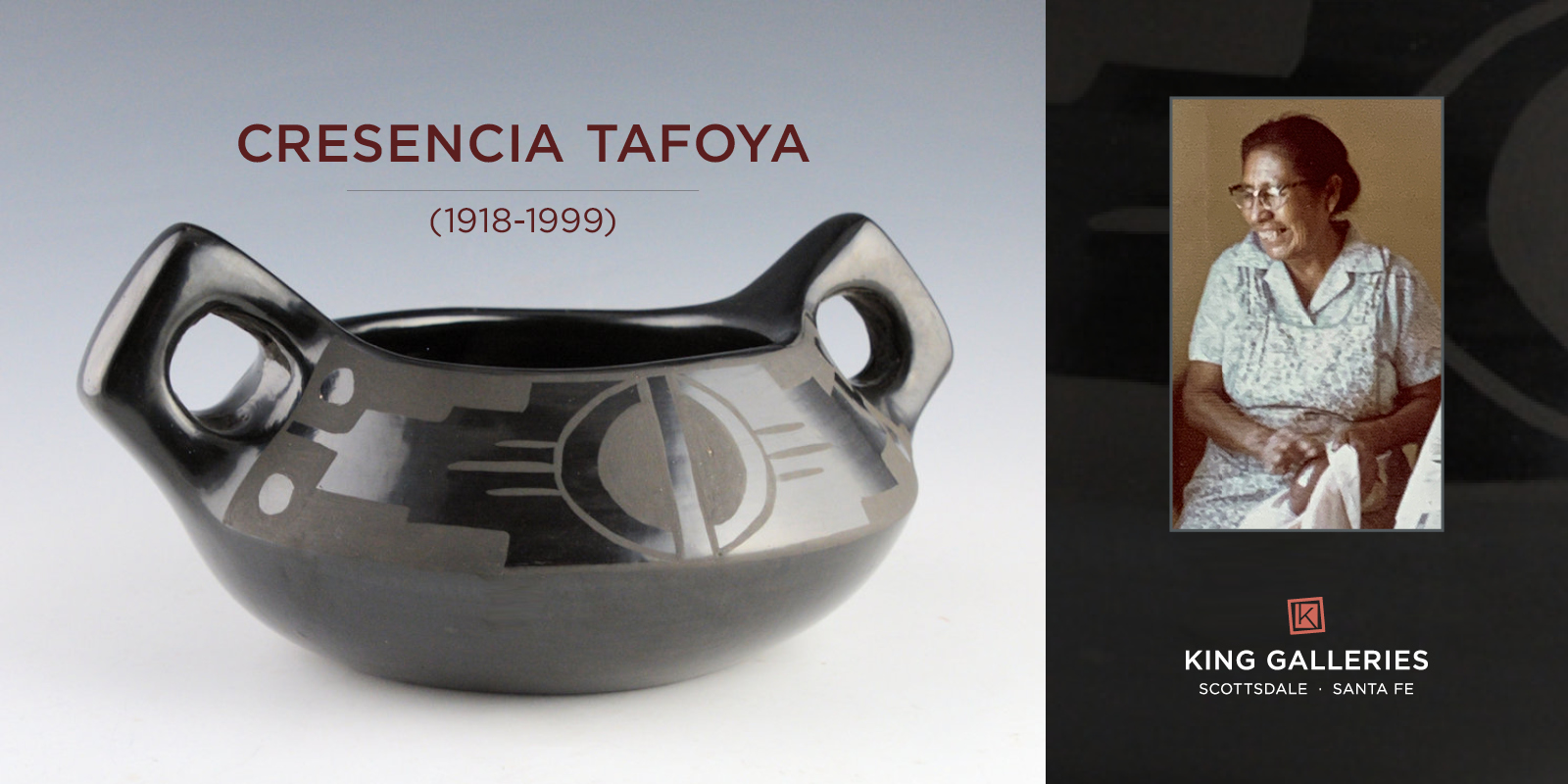 Cresencia Tafoya was the matriarch of a family of potters including Harriet Tafoya, Annie Baca and Pauline Martinez. She was also a granddaughter of Pasquelita Tafoya, a daughter of Tomacita Tafoya and a niece of Celestina Naranjo. Cresencia created a style of highly polished and tightly painted pottery which has been continued by her children. Cresencia won numerous awards for her pottery at Santa Fe Indian Market and other art events.