This is a spectacular large water jar by Juan Tafoya.  The jar is a classic shape with a wide shoulder and turned-out rim.  It is from 1984. The jar is fully polished and fired black-on-black. There is a classic San Ildefonso bird painted in one section.  As the jar is turned there are rain clouds and corn plants with pollen.  Note the delicate lines of the painting throughout the jar!  The piece is fired a glossy black.  The jar is signed on the bottom in the clay, “Juan Tafoya”.  It is in excellent good condition with no chips, cracks, restoration or repair. 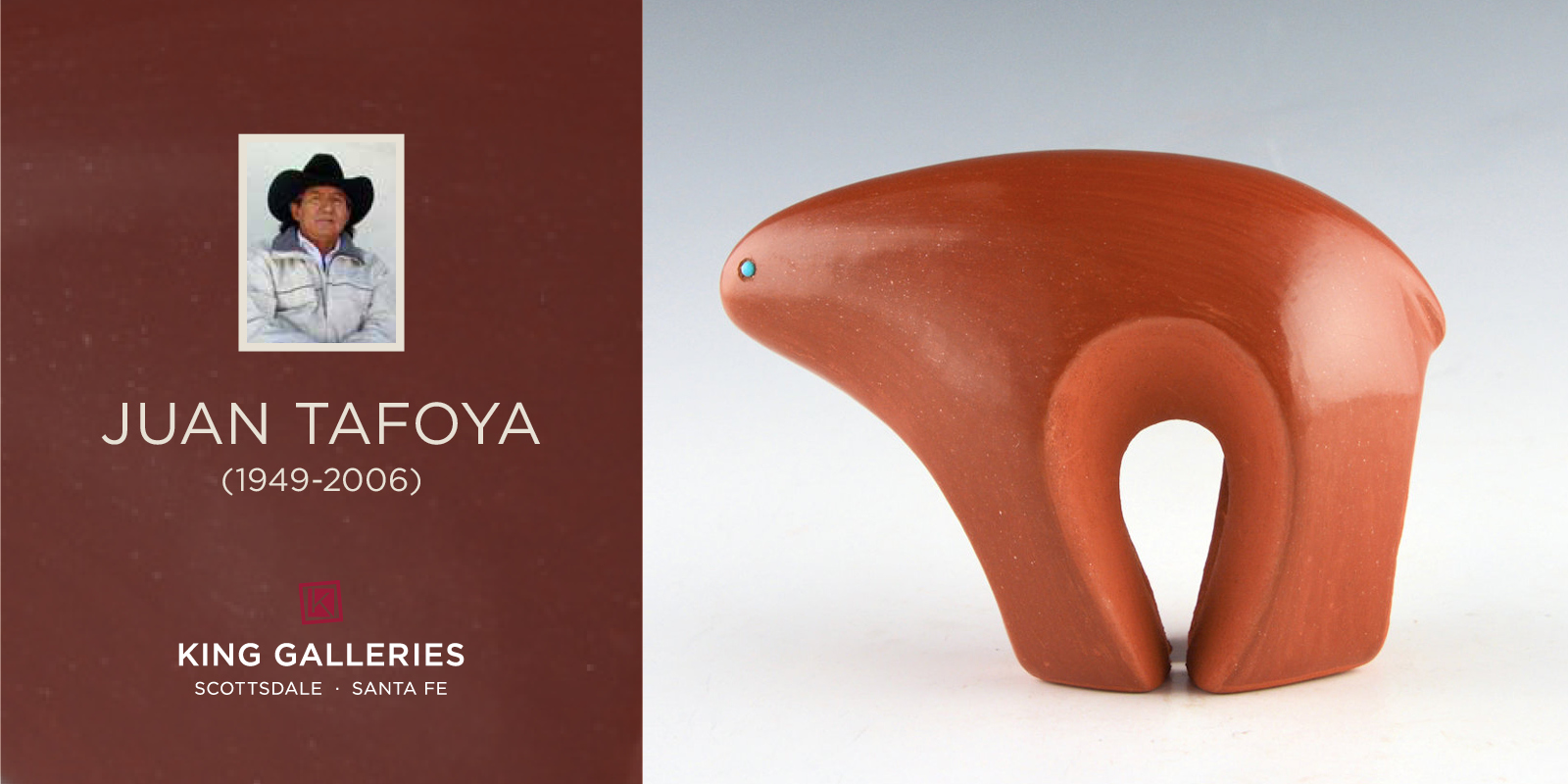 Juan Tafoya was a son of Donicia Martinez Tafoya (San Ildefonso) who taught him to make pottery.  He was a grandson of Teresa Martinez.  He was a brother of Elizabeth Lovato and Annette Romero. Juan was known for his incised and painted pottery. He won awards at Santa Fe Indian Market, Eight Northern Indian Market and other events.