This bowl is a classic piece by Lee Tafoya.  Lee was the only son of Margaret Tafoya who made pottery and was the father of potter Linda Tafoya.  This bowl is deeply carved with a water serpent as the design. Note the style of the head of the avanyu has a very square shape, which was very typical of his work.  The bowl is fully carved and highly polished.  It is signed on the bottom in the clay, “Lee Tafoya”. The jar is in good condition with no chips, restoration or repair.  The bowl appears to have been very highly fired, so it has some slip cracks on the surface.  However, it also has a great bit of provenance, as it was featured in the book, “14 Families in Pueblo Pottery” on p. 198.  It is not often that pieces come into the gallery from this publication, so it definitely a piece of history! 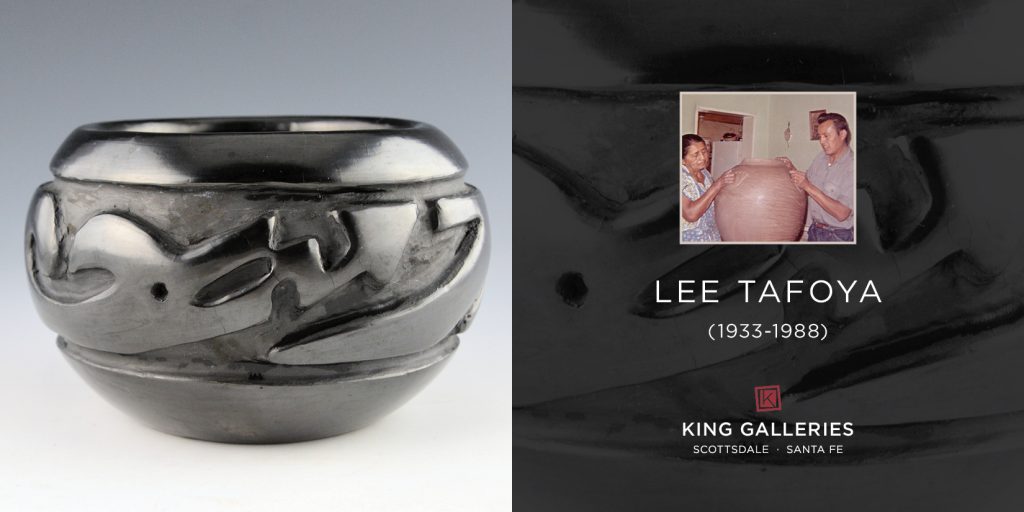 Lee Tafoya was the only son of noted potter Margaret Tafoya to take up making pottery. After serving in WWII, he returned to Santa Clara and began making pottery with his wife, Betty. Their daughter, Linda Tafoya, is also a well-known potter. Lee's pottery can be found in museums throughout the Southwest and also in numerous books, including "Born of Fire".