SaraFina Tafoya was the matriarch of a family of renowned potters,  including her children Margaret Tafoya, Camilio Tafoya, and Christina Naranjo. While she is known for her large vessels, in the 1930’s she created a series of smaller painted and plainware vessels which were signed.  They are unusual and scarce pieces, yet a fascinating part of the history of Santa Clara pottery.  This bowl is a classic piece of painted pottery and has a fascinating provenance.  The bowl was originally acquired in 1933 by the Denver Art Museum.  It was included in the book “Margaret Tafoya” by Mary Ellen and Lawrence Blair on p. 53 (fig. 2-19).  The bowl was later deaccessioned by the DAM and ended up in a private collection.  The bowl is fully polished and painted red-on-red with a lightning design.  The designs are highlighted with a white clay slip.  It is a complex and varied design which relies as much on the matte painted areas as the negative polished space.  The bowl is signed in the clay on the bottom, “Sarafina Tafoya”.  It is in very good condition with no chips, cracks, restoration or repair.  Interestingly, it still has the original catalog number for the museum as well as the museum card.  Definitely a great piece of history!

To learn more about the SaraFina’s signatures, check out the new article by Charles S. King, “Signed SaraFina”. 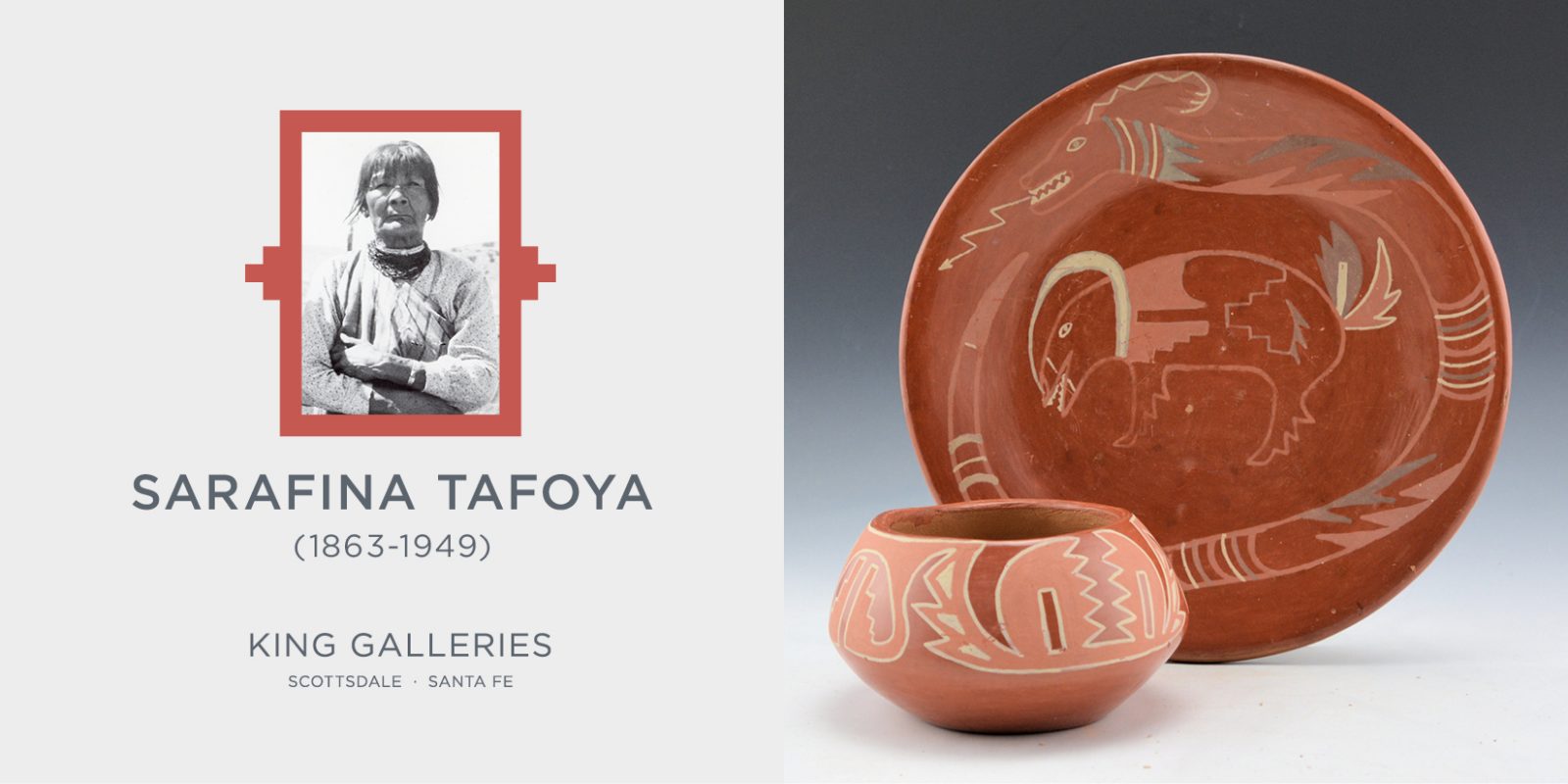