Belen Tapia was a diverse potter creating everything from painted to carved pottery.  This bowl is from the 1980s and at that time she had moved from carved pottery to polychrome pottery.  The bowl is fully polished red and painted with gray, red, and white clay slips.  The design is a classic feather pattern that encircles the bowl. There are triangular clouds in each of the feathers.  Belen painted white clay in thin lines to outline the entire design.  This style was begun in the 1940s and was time-consuming to create.  However, the result is a visually striking color combination.  Belen Tapia was a nice of Sara Fina Tafoya and the mother of Anita Suazo, and Anna Archuleta.  The jar is signed on the bottom in the clay, “Belen Tapia”.  It is in excellent condition with no chips, cracks, restoration, or repair. 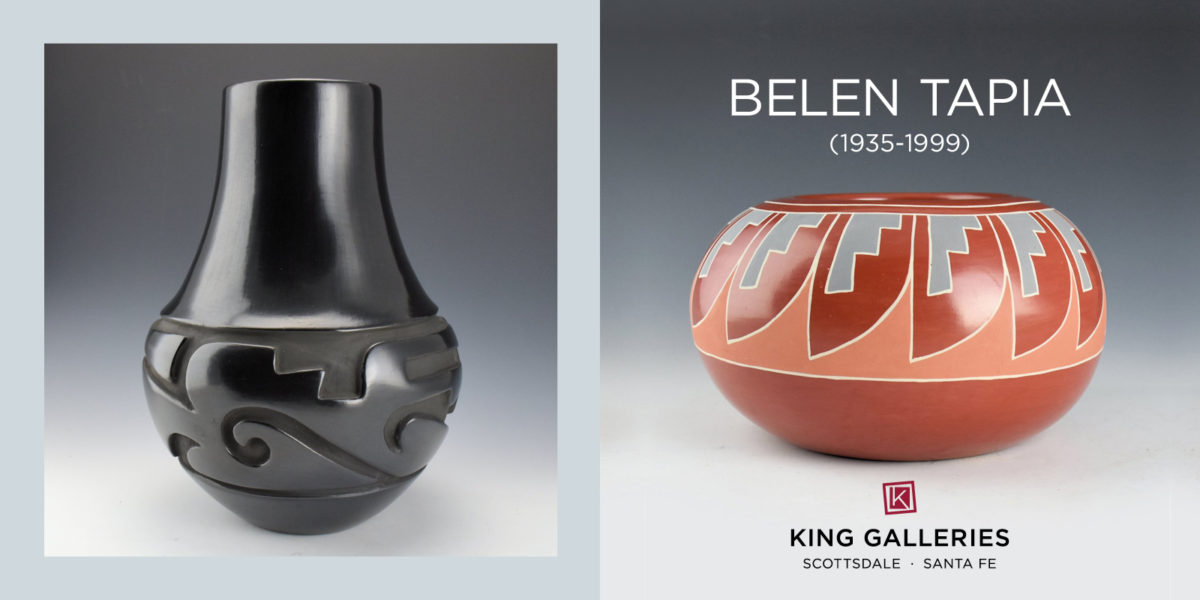 Belen Tapia was a daughter of Tomas and Maria Tafoya.  She was a niece of SaraFina Tafoya and a sister of Ramoncita Sisneros and the mother of Anita Suazo, Frank Tapia, and Anna Archuleta. She began making pottery in the 1930s during the early years of Santa Clara polychrome pottery. However, by the 1950's she was making primarily carved pottery with unique designs and forms. By the 1980's she was again making polychrome pottery, bringing her artistry full circle. Both of these pieces are from the 1980's. They are each highly polished with a red surface and then painted with various clay slips. The colors; peach, blue, ochre, and white are all natural clay slips.