This is an extraordinary jar by Jared Tso.  He is one of the rising stars of Native pottery.  He is a grandson of potter Faye Tso and his pottery is exceptionally refined in technique and traditional in style.  Each piece is coil built from traditional native Navajo clay and traditionally fired.  This jar was inspired by the work of his grandmother Faye Tso who was known for the use of relief figures on her pottery (see last image).  Jared said this jar was in response to the classic Yei figures and he decided to depict all-female Yei figures.  “Yei” (pronounced “yay”) is the Navajo name for the benevolent supernatural beings who bring their healing power to medicinal ceremonies still performed today. Each figure is in relief on the jar and they are highly detailed with incised jewelry and skirts.  Take a moment to really look closer at this piece as the detail is amazing!  The jar was traditionally fired to create the blushes and then it was covered in pinon pitch.  The jar received a second-place award at the 2017 Santa Fe Indian Market.  Jared has kept the piece until now, as he said he wasn’t ready to let it go and I can see why.  It is thin-walled, an elegant shape, highly detailed, and beautifully fired.  Vessels such as this find strength in their traditional techniques yet are refined in a modernistic manner.  The jar is signed on the bottom in the clay, “Jared Tso”.  The last photo is Jared holding the just so you can get a sense of scale! 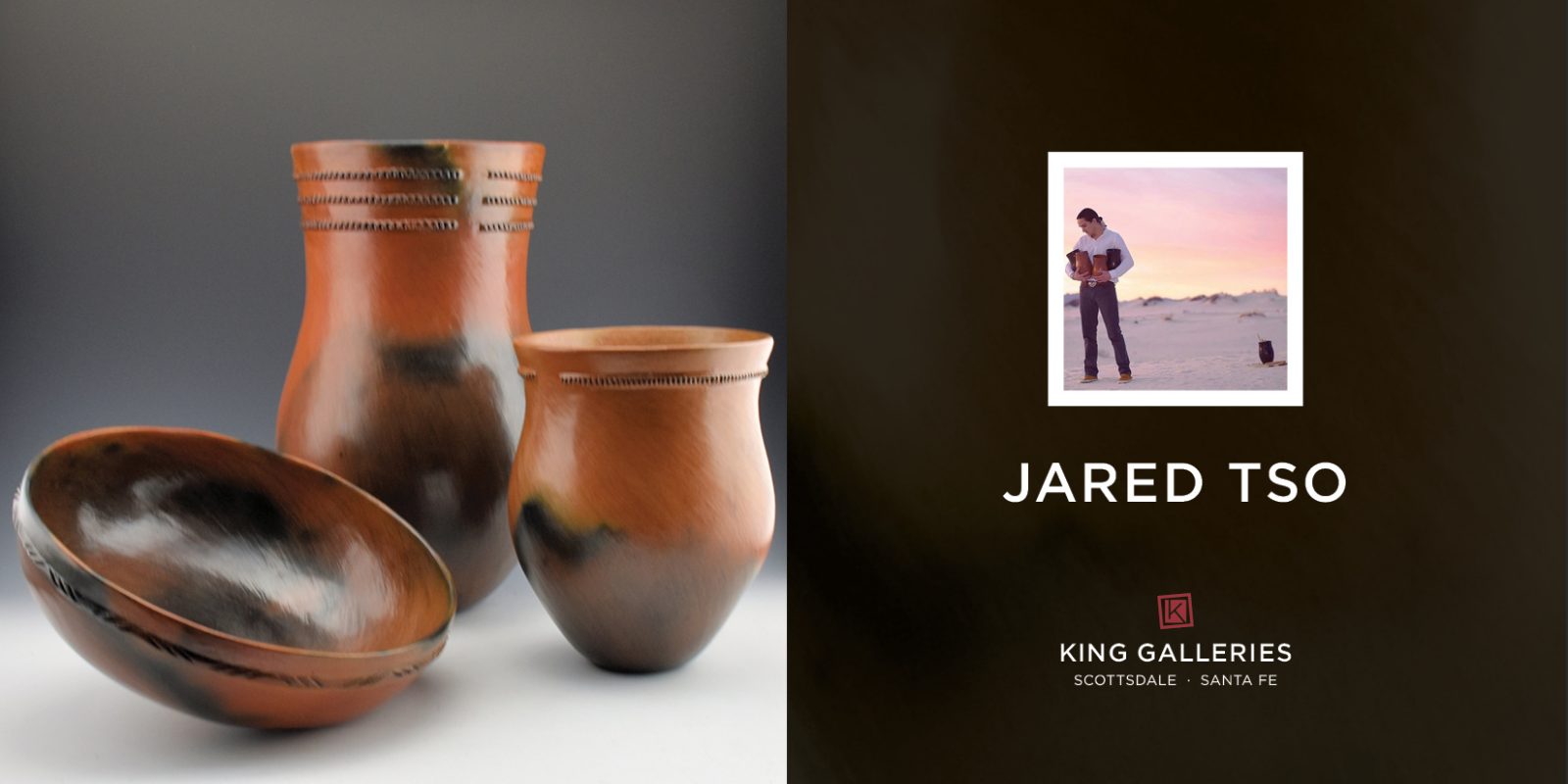 Jared Tso is a fourth-generation Dine potter and a grandson of the famous Faye Tso. Each piece is coil built, burnished, and traditionally fired. Not only is he a potter, but he also has a degree in electrical engineering! He has won awards at Santa Fe Indian Market and the Navajo Nation Fair.